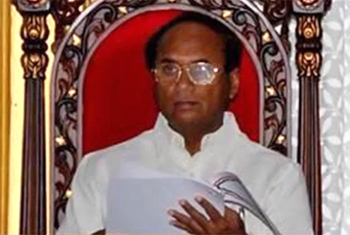 Sept 16: Former Andhra Pradesh Assembly Speaker Kodela Siva Prasad Rao, who was at the centre of a row over alleged theft of assembly property, is said to have committed suicide on Monday.

According to the police sources, Rao hanged himself at his residence here. He was taken to a private hospital, where he was declared dead. Police are investigating.

"I believe this forced death is a testimony to the ongoing bitter and contemptuous politics of Andhra Pradesh. It's quite unfortunate," he added.