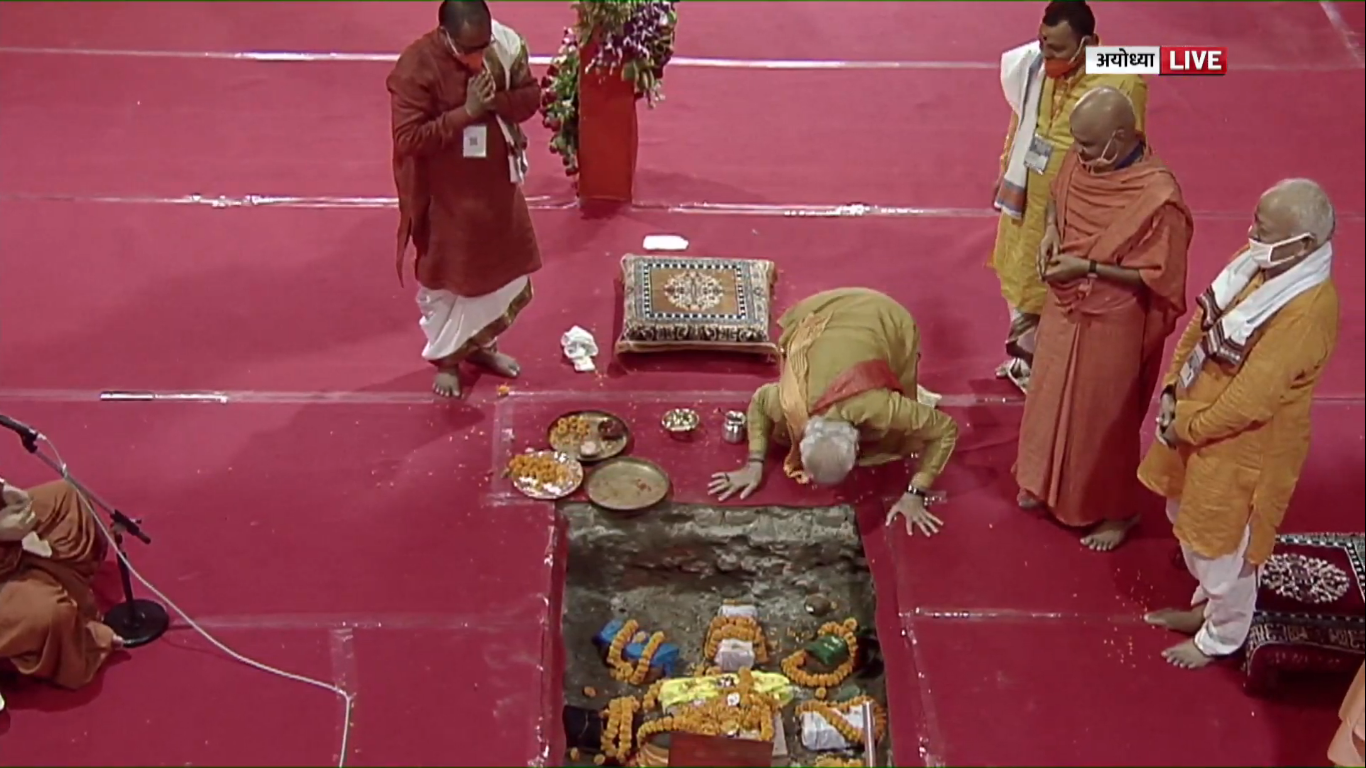 Ayodhya, Aug 5: After laying the foundation stone for the Ram temple in Ayodhya on Wednesday, Prime Minister Narendra Modi termed the 'bhoomi pujan' event as an "emotional moment" for the entire country and added that "every heart is illuminated today".

"Every heart is illuminated; it is an emotional moment for the entire country... A long wait ends today... A grand temple will now be built for our Ram Lalla who had been living under a tent for many years," said Prime Minister Modi at foundation stone-laying ceremony of the Ram temple.

"With the construction of this temple, not only history is being made, but is being repeated. 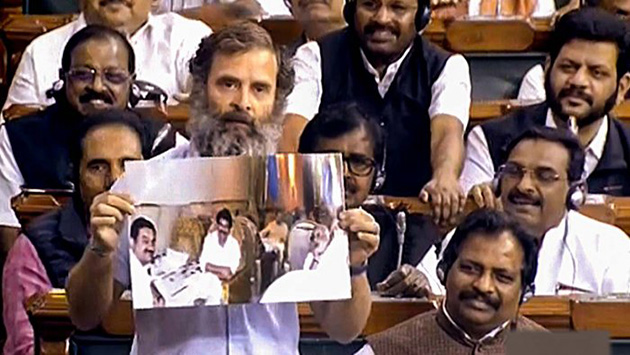 New Delhi, Feb 7: Congress leader Rahul Gandhi on Tuesday linked the massive rise in the business fortunes and personal wealth of businessman Gautam Adani to the Modi government coming to power in 2014, as he launched a sharp attack on the BJP dispensation over the Adani issue.

His charges in Lok Sabha drew a sharp response from the treasury benches, with Law Minister Kiren Rijiju asking him to not level "wild allegations" and furnish proof of his claims.

Speaker Om Birla also asked him to focus on the President's address and disapproved of the Congress leader displaying a picture of Prime Minister Narendra Modi with Adani in the business tycoon's plane to highlight their alleged proximity.

Participating in the debate on the Motion of Thanks to the President's Address in Lok Sabha as the first opposition speaker, Gandhi also questioned the Agniveer scheme for recruiting defence personnel claiming that youths aspiring to be in the army were not on the same page as the government on the scheme.

Senior officers have said the scheme will weaken the army, he claimed.

Gandhi said he learnt a lot during his recently concluded Bharat Jodo Yatra and got the opportunity to listen to the inner voice of India.

He said the highlights of what people told him during the Kanyakumari-to-Kashmir march were the issues of unemployment, price rise and farmers' problems. Adani's name was also frequently heard from people across states as they wondered how he is successful in every business he enters, Gandhi claimed.

The Adani Group is in the eye of a storm following the allegations of fraud and stock manipulation by a US-based short-selling firm. The company's stocks have been hammered even though the group has rejected the charges.

Lucknow, Feb 2: "I struggled," Kerala journalist Siddique Kappan said minutes after he walked out of jail on Thursday to camera crews, a small curious crowd -- and to his wife and teen son, waiting patiently, just as they had for the more than two years since he was imprisoned on his way to Hathras.

The relief was writ large on their faces but so was the pain. Kappan and three others were arrested in October 2020 while they were going to the Uttar Pradesh town where a Dalit woman died allegedly after being raped. They were accused of trying to instigate violence over the death of the Hathras woman.

"I am coming to Delhi. I have to stay there for six weeks," Kappan told PTI.

"I struggled more," he laughed when asked how life had been in jail without saying anything more.

In his two and a half years in jail, his mother died. "Her name was Kadijah. She is not there to see Kappan coming home," Kappan's wife Raihana said.

"The Supreme Court granted bail in the UAPA case and his innocence was revealed. Two and a half years is not a short time. We have experienced a lot of pain and suffering. But I am happy that justice, though belated, has been served," she told PTI.

"I repeat that Kappan is a media person," Raihana stressed.

The couple has three children -- Muzammil (19), Zidhan (14) and Mehnaz (nine). "Our children are waiting to welcome him home. Their happiness was taken away. Can they forget their father? They are proud to say that Sidhique Kappan, a journalist, is their father."

Waiting outside with his mother was their eldest Muzammil, who also reiterated that his father was a journalist.

"What is the cause of my father's severe suffering for two and half years? Now we are waiting for his freedom. We are very happy. We thanks all those who have been with us."

According to Kappan's lawyer Mohamed Dhanish KS, the journalist had been lodged in the Mathura and Lucknow district jails and had been out twice -- once when he got Covid and was admitted at AIIMS, Delhi, and the second time to meet his ailing mother.

Police alleged that Kappan had links with the now-banned Popular Front of India (PFI), and charged him under the Unlawful Activities (Prevention) Act and sections of the Indian Penal Code.

In September last year, the Supreme Court granted him bail in connection with that case. A bench headed by then Chief Justice Uday Umesh Lalit directed Kappan to remain in Delhi for six weeks after his release from an Uttar Pradesh prison.

However, he continued to be in jail because of a money laundering case filed by the Enforcement Directorate.