Birmingham, Jun 20: Skipper Kane Williamson struck a composed unbeaten century as New Zealand virtually knocked South Africa out of the World Cup with a four-wicket victory in a last over finish in Birmingham on Wednesday.

Chasing a target of 242 in 49 overs in rain-truncated match, New Zealand recovered from a mini slump at 137/5 riding on a 91-run stand between Williamson (103 not out off 138 balls) and Collin de Grandhomme (60 off 47 balls) to reach home with three balls to spare.

Needing 12 off last seven balls, Williamson steered a Lungi Ngidi slower delivery to third man boundary to bring down the equation to 8 off the last over.

With Ngidi (1/47), Kagiso Rabada (1/42) and Chris Morris (3/49) all bowling their full quota, Faf Du Plessis had no option but to use their weakest link Andile Phehlukwayo.

Williamson promptly hit the second delivery for his first six of the match to close the encounter.

With this win, New Zealand went top of points table with nine points from five games while South Africa after their fourth defeat in six games have little chance of making it to the last four.

Williamson’s innings had eight fours and a six, while De Grandhomme was the aggressor during the stand with five fours and two sixes.

The Black Caps’ skipper was on 76 when he got a faint edge to a ball by leg-spinner Imran Tahir that Quinton de Kock took behind the stumps but South Africa took no action.

That decision could prove fatal to their tournament hopes, with the Proteas now needing a miracle to progress to the semi-finals after just one win from six matches, while New Zealand now top the 10-team table.

Earlier, Martin Guptill, who had been guiding New Zealand towards their target of 242 off a rain-reduced 49 overs with a minimum of fuss, trod on his stumps to spark a mini collapse.

The batsman, on 35, pulled Phehlukwayo and ended up swivelling, only to lose his balance and clip his leg stump with his foot.

Jimmy Neesham (23) steadied the ship with his skipper but when he was out, New Zealand were back in trouble at 137-5.

Colin de Grandhomme came to New Zealand’s rescue, batting positively and bringing up his fifty off 39 balls but when he was caught in the deep for 60 by Du Plessis off Lungi Ngidi, Kiwi nerves were jangling again.

Eight were still needed off the final over.

But Mitchell Santner pinched a single and Williamson kept his nerve, bringing up his century with a huge six off the next ball and then a four sealed the victory.

Earlier, Rassie van der Dussen gave South Africa something to bowl at as the Proteas struggled to 241-6 after losing the toss.

Hashim Amla made a sluggish 55 off 83 balls but Van der Dussen’s 67 not out came at better than a run a ball.

During his innings, Amla became the fourth South African to reach 8,000 runs in one-day internationals.

He is the second-fastest player (176 innings) from any side to reach the milestone after India’s Virat Kohli (175 innings).

Steve Smith now with most Test tons against India 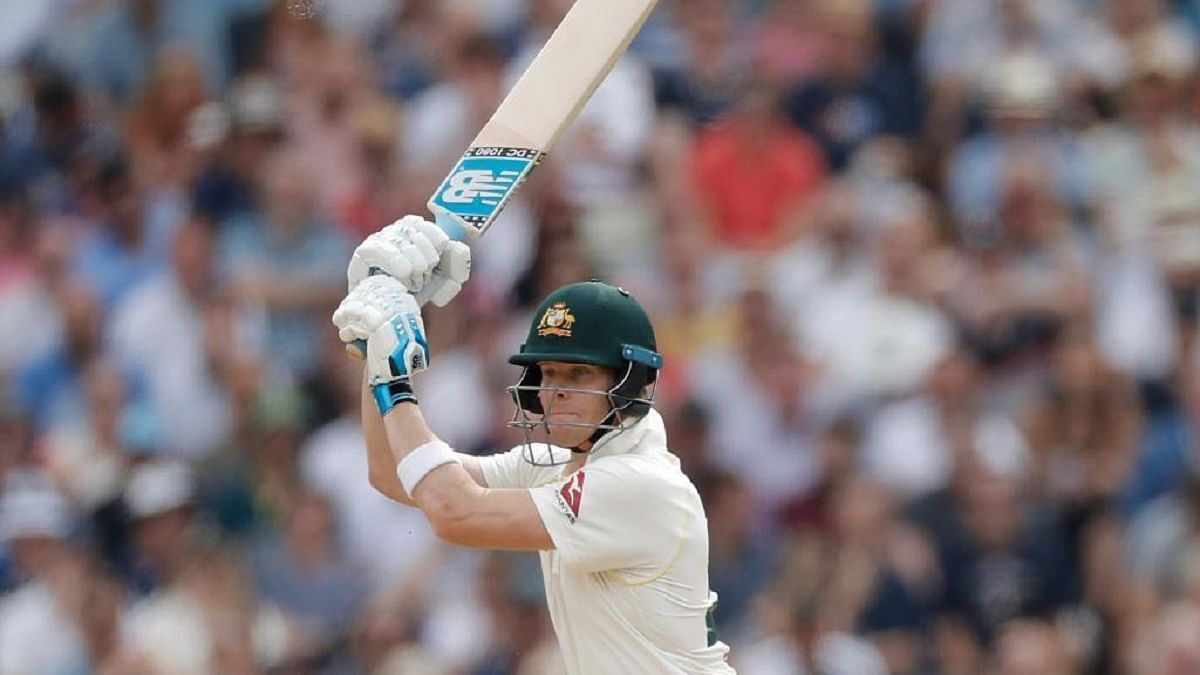 Sydney, Jan 8: Australia's Steve Smith on Friday became the batsman to score the maximum number of hundreds against India in Test cricket.

Smith achieved the feat on the second day of the ongoing third Test of the Border-Gavaskar Trophy at the Sydney Cricket Ground. He played a brilliant knock of 131 before getting run out.

The right-handed batsman has scored eight hundreds in just 25 innings against India that he has played so far.

With his Friday's inning, Smith also ended Australia's near four-year drought of centuries against India. The 31-year-old was, in fact, the last Australian to score a hundred for his country against India back in 2017 when he made 111 in the first innings of the Dharamsala Test.

Since then the Aussies went 11 completed innings, all in Australia, without a century before Smith himself broke the jinx.

Prior to Australia's first innings in the ongoing Test at the SCG which ended at 338, the individual highest score by an Australian batsman was 79 by Marcus Harris during the last series in 2018-19. Harris is sitting on the bench in this series. 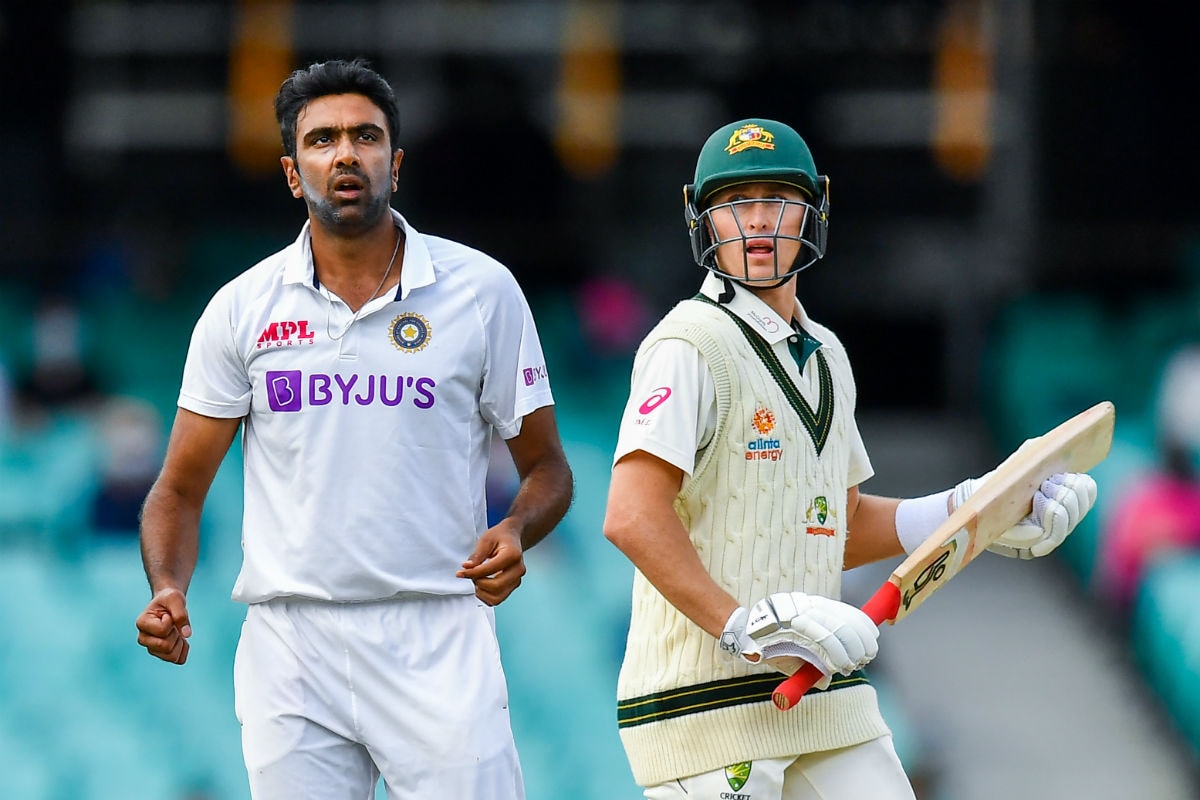 Brisbane, Jan 14: Former Sri Lanka spinner Muttiah Muralitharan believes Ravichandran Ashwin can take 800 wickets in the longest format of the game, but Nathan Lyon is not good enough to achieve the feat.

"Ashwin has a chance because he is a great bowler. Other than that, I don't think any younger bowler coming in will go to 800. Maybe Nathan Lyon is not good enough to reach it. He is close to 400 but he has had to play many, many matches to get there," Muralitharan told Michael Vaughan for UK Telegraph, as reported by Fox Sports.

Off-spinner Lyon will play his 100th Test on Friday. Talking about Lyon, Australia skipper Tim Paine had said: "Lyon has bowled okay, I thought in Adelaide, he did create a lot of chances but they did not go to hand. Nathan Lyon has played 100 Test matches, and it is not easy."

"He will play his 100th Test tomorrow and it would be a great achievement. The ball is coming out of his hand beautifully, the Indians have played him very well," he added.

In the ongoing series between India and Australia, Ashwin has taken 12 wickets while Lyon has six.

India and Australia will now lock horns in the fourth and final Test at the Gabba, Brisbane, beginning January 15. The third Test between both these sides had ended as a draw. 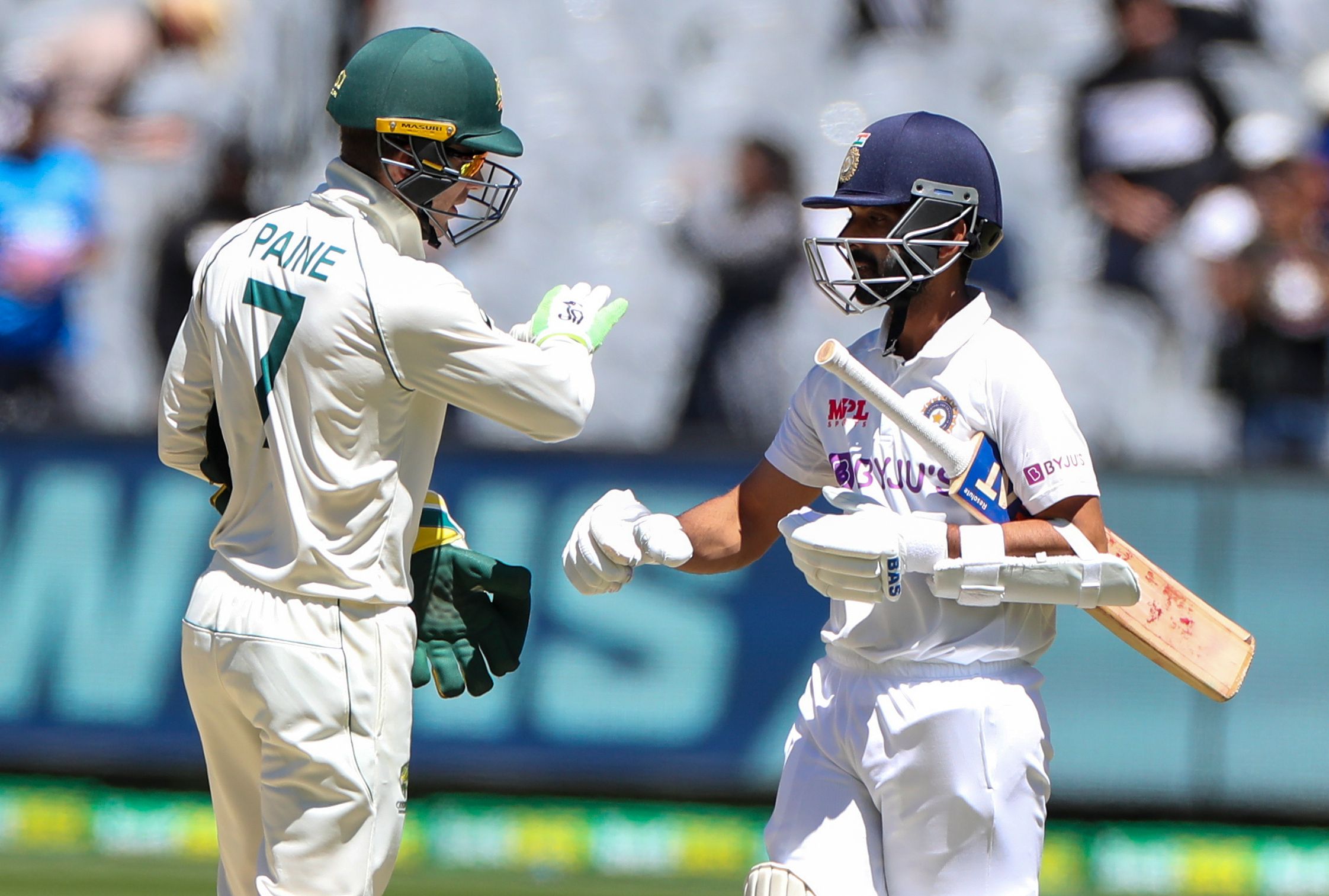 Melbourne, Jan 3With reports emerging about Team India's reluctance to play the fourth and final Test of the ongoing series against Australia in Brisbane due to harsher bio-security protocols, members of the Queensland government have stated that the visiting team should not enter the state if they are unwilling to coordinate with the protocols that have been laid out.

Reports have emerged that the Indian team isn't keen on travelling to Brisbane if the players are forced to undergo quarantine.

However, members of the Queensland government have stated that not abiding by the rules is not an option for the visitors. "If the Indians don't want to play by the rules, don't come," Queensland's Health Shadow Minister Ros Bates was quoted as saying by Fox Sports.

Tim Mander, Queensland's Shadow Sports Minister, said there's no room for ignoring the protocols and that every individual would have to go through the same drill.

"If the Indian cricket team wants to spit the dummy and disregard quarantine guidelines in Brisbane for the fourth Test, then they shouldn't come. The same rules must apply for everyone. Simple," Mander said.

Australia batsman Matthew Wade has also said that the hosts are looking forward to the Gabba Test and willing to make sacrifices to follow the schedule.

"We'd love to be running outside in Australia like everybody is doing right now...but we understand that we need to make some sacrifices to get this tour done," Wade told the media before adding none of the players are aware of any threat of India pulling out.

Asked if he would like to play back-to-back Tests in Sydney due to harsher quarantine in Brisbane, Wade said, "No. Obviously we would prefer not to. The schedule has been rolled out, we stick to that. There was speculation about staying in Melbourne. Cricket Australia was firm that we will stick to the schedule that we rolled out at the start of the summer."

"So I expect us to go to Gabba regardless of the fact that it is a quarantine-based hotel and we only go to the ground, play and come back to hotel. We fully expect to go to Brisbane to play the Gabba Test," he added.

The left-handed batsman further said that there is going to be no uncertainty from Australia's side.

"(There's) No uncertainty from our side...we understand that us as a group we will go to SCG (Sydney Cricket Ground) and then we'll go to Brisbane and play at the Gabba until powers that be knock on our doors and tell us that it is going to change. We will roll into the next game expecting if that's what is going to be. It is out of our control," Wade said before adding that they have already been told about stricter protocols in Brisbane to which they are willing to adhere.

"Brisbane will be a harder quarantine and bio-security bubble than what we have had here, that is for sure. That has been relayed to us. No one knows the finer details of it yet. But yes, it would be strict protocol than here."

The ongoing four-match series is currently tied at 1-1 with Australia winning the first Test in Adelaide while India registering a win in the second in Melbourne. The third Test of the series will be played at the Sydney Cricket Ground from Thursday.