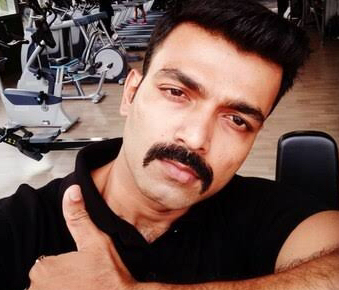 According to reports, the actor killed himself yesterday. The exact reason for suicide hasn't been revealed yet.

The news has come as a shock to many celebrities. The actor was over 30 years of age and had acted in TV shows.

He played a role in serial Anthapura and was looking forward to establishing himself in the Kannada Film Industry. Other than an actor, he was also a fitness trainer.

Shocked by the news of Susheel Gowda's death, Duniya Vijay wrote on Facebook (translated), "When I first saw him I thought he is a hero material. Even before the movie got released he has left us too soon. Whatever may be the problem suicide is not the answer. I think the series of deaths will not end this year. It is not only because of Coronavirus people fear, people are losing faith because they don’t have job which can give them the money to lead a life. It is high time to stay stronger to overcome the crisis."

Susheel Gowda has played the role of a cop in the upcoming film Salaga. It stars Duniya Vijay in the leading role.

Susheel's co-star Amita Ranganath said, "I got the news from my friend. I still can’t believe that he is no more. He was such a sweet and soft hearted person who never loses his cool. It’s been very sad to know that he has left us so early. He had the talent to achieve more in the entertainment industry.”

Director of the serial Anthpura, Aravind Koushik on his face book page posted "Sad news I heard . Susheel Gowda who played the lead in the tv serial Antahpura that I directed is no more . Rest in Peace."

She also shared a picture with Susheel on her Instagram story and expressed her grief.

Manglauru, July 30: There will be no congregational prayer on Eid Al-Adha at the historic Eidgah mosque in Mangluru’s lighthouse hill this year due to covid-19 pandemic.

The decision to suspend the Eid prayers in Eidgah was taken as per the guidelines issued by the State Board of Auqaf, said Haji Y Abdullah Kunhi, president of Zeenat Baksh Central Juma Masjid and Eidgah Masjid.

However, Eid prayer will be held at Zeenat Baksh Central Juma Masjid on July 31 at 7 a.m.

Udupi, Jul 22: Deputy Commissioner G Jagadeesh on Wednesday announced lifting of ban on movement of people and vehicles with immediate effect in the borders of Kerala which was banned during lockdown. 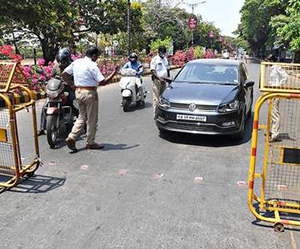 The announcement comes hours after Karnataka Chief Minister B S Yediyurappa announced that lockdown in Bengaluru and other parts of the state will not be extended any further, suggesting people should wear masks and maintain physical distancing strictly.

Mr Jagadeesh noted that although the seal down of the borders of the district would be lifted, checkposts on the border would be set up and urged people to enter the district only in case of emergency.