Ulan-Ude, Oct 8: Six-time World Champion Mary Kom thrashed Jutmas Jitpong of Thailand by 5-0 in the ongoing AIBA Women's World Boxing Championship and moved into the quarterfinals of the tournament here on Tuesday.

Kom, in the 51kg category, was too good for Jitpong and dominated her opponent throughout.

Rijiju took to Twitter and wrote: "Well begun Mary Kom! @MangteC defeated Thailand's Jutmas Jitpong with a 5-0 score to move into the quarter-finals of the Women's World Boxing Championship at Ulan Ude in Russia. #PunchMeinHaiDum." 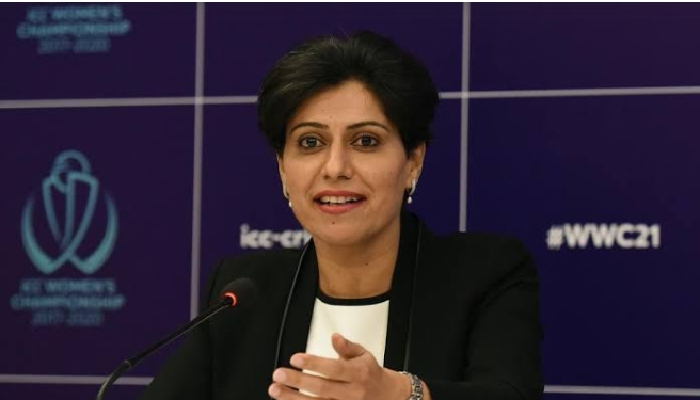 New Delhi, Aug 4: Former India women's team captain Anjum Chopra firmly believes that the BCCI has a plan for women's cricket but she wants the Board to communicate its ideas more specifically.

Speaking to news agency, Chopra, who is now a successful broadcaster, said the BCCI is thinking in earnest about the progress of women's cricket.

"I firmly believe that they must be thinking about women's cricket but the communication all this while has been very specific to men's cricket."

The latest trigger for criticism of BCCI was India's withdrawal from a tour of England in September owing to logistical issues arising out of the COVID-19 pandemic.

Chopra concedes it was "not nice" but Indian players' participation in the women's IPL, in November, will still be useful preparation for next year's ODI World Cup.

"It is heartening to see women's cricket making headlines. They should have been a part of that England tour and it did not feel nice initially but the women's IPL, irrespective of the format, will be helpful for World Cup preparations. Any form of cricket is good preparation," Chopra said.

"Missing out on a tournament is not nice, but logistically there may have been issues. And you can't send an under-prepared team."

"If you see in isolation we may have missed out on an opportunity to play in England. The more the girls play the better it is, before playing a tournament of the stature of World Cup. The assurance from the president is a very good thing."

Chopra welcomed the Sourav Ganguly-led BCCI's decision to hold the women's event in the UAE alongside the IPL, which will run from September 19 to November 10. The women's IPL will coincide with the business end of the men's league.

"I am definitely happy, it's always nice to be part of any cricket anywhere across the world.

"They should have been nearing the final stages of the preparation for the World Cup by now, but because of the pandemic things did not go as planned," she added.

Chopra had a successful international career spanning over 17 years, during which she represented India in a record six World Cups and became the first woman cricketer to appear in 100 One-day Internationals.

She also felt that the pandemic would not have much impact on the women's game that has gained momentum in recent times.

"...Cricket was on pause button...Once cricket resumes and players are back on the park, everything is going to get picked up. It might take some time to get started as everything starts from zero...

"The awareness the women's game has created, I hope it stays. They will just restart, not start after the pandemic."

Vitoria, Jul 20: Lionel Messi won a record seventh top scoring title in the Spanish league after netting twice in Barcelona's 5-0 rout of Alav s in the final round.

Messi ended with 25 goals, four more than Karim Benzema, who did not score in Real Madrid's 2-2 draw at Legan s.

Messi is the first player to finish as the league's top scorer in seven different seasons. He reached the milestone despite missing games because of an injury early in the season. The Argentine's 25 goals came in 33 matches.

"I wished it could have come along with the league title."

This is also the third successive season that Messi finished with the most assists 21 in the league.

Fati opened the scoring in the 24th minute, Messi added to the lead 10 minutes later and Su rez closed the first-half scoring in the 44th. Semedo got on the board in the 57th and Messi in the 75th to help Barcelona rebound from a 2-1 home loss to Osasuna.

"The team showed better attitude and commitment. It was an important step forward for us ahead of what's left in the season."

Barcelona now turns its focus to its Aug. 8 home game against Napoli in the round of 16 of the Champions League. The first leg, played before the break, ended 1-1.

Barcelona coach Quique Seti n finished under pressure after the team relinquished a two-point lead over Madrid when the league resumed following the pandemic break. It was four points back before Madrid's match at Legan s.

Barcelona defender Cl ment Lenglet had to be substituted early in the second half because of an apparent muscle injury.

Alav s, sitting in 15th, had already done enough to stay up.

American winger Konrad de la Fuente scored twice as Barcelona's "B" team beat Valladolid B to keep alive its hopes of reaching the second division next season. The victory put Barcelona in the second round of the promotion playoffs.

The 19-year-old De la Fuente, who recently had his contract with Barcelona extended through the 2021-22 season, scored in each half. 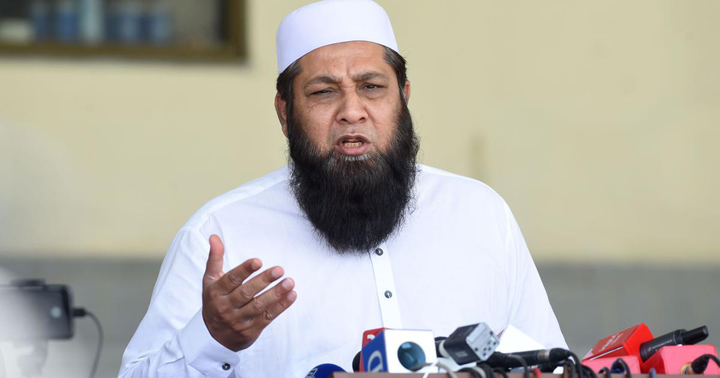 New Delhi, Aug 15: Former captain Inzamam-ul-Haq has slammed the Pakistan batsmen for their defensive approach against England in the ongoing Test series, saying they are "scared of playing their shots".

Inzamam said Pakistan batsmen need to play aggressive cricket if they want to beat England in the second Test here and level the three-match series.

"Pakistan batsmen were scared of playing their shots. If you look at most of their dismissals, their bat was behind their leg," Inzamam said on his YouTube channel.

"When you meet the ball, your bat should be ahead of your leg. You are getting caught at slips because you are employing a defensive approach."

Pakistan struggled to reach 126 for 5 on the opening day which saw just 45.4 overs being bowled due to rain. Day two was no different with only 40.2 overs possible as bad light forced early stumps with Pakistan at 223 for 9, courtesy an unbeaten 60 by wicket-keeper Mohammad Rizwan.

"I request the batsmen and team management to play aggressive cricket, in order to beat England. Otherwise, we will be depending on rain to save us in this Test," he said.

Pakistan had lost the opening Test by three wickets at Old Trafford to concede a 0-1 lead to England in the three-match series.