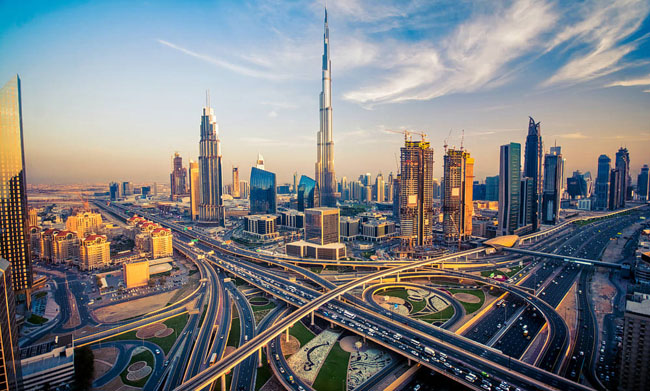 What may have been the steepest population decline in the Gulf region is giving way to the hottest jobs market Dubai has seen since China detected its first coronavirus case in December 2019.

A turnaround in employment took hold this summer and spread as looser travel restrictions revived business. But while headcounts are swelling with freshly recruited cooks and cabin crew, the economy of the Middle East’s commercial center is facing a fraught path to normalcy.

“We’re bringing people back but managing that carefully along with how we see occupancy moving,” Mark Kirby, chief operating officer of Emaar Hospitality Group, said in an interview. “Now we’re ramping up because the fourth quarter for us is an important time of year.”

Owned by the builder of the world’s tallest tower, the hotel company is looking to employ 200 to 300 people for a range of posts and is hiring both within the United Arab Emirates and from Asian countries that have been slow to reopen amid longer shutdowns.

As Dubai prepares to kick off the World Expo fair next month, the city’s flagship airline, Emirates, is planning to recruit 3,000 cabin crew and 500 airport services employees to join its hub over the next six months. Amazon is meanwhile looking to create 1,500 jobs in the UAE this year.

The lifting of curbs between Dubai and countries such as the UK, the US, and Saudi Arabia will have a “massive impact,” with about 27 million people passing through this year alone, Dubai Airports CEO Paul Griffiths told Bloomberg Television this week.

While labor shortages and hiring difficulties hold back the labor market in parts of Europe and employment is dropping in countries like Australia after the delta variant of coronavirus forced lockdowns, the oil-rich Gulf region can lean on foreign workers to fill most private-sector jobs.

Businesses in Dubai’s travel and tourism industry in August saw the sharpest increases in activity and new work in over two years, according to a Purchasing Managers’ Index compiled by IHS Markit.

The hospitality industry “has been rehiring across the board for the past three months,” Guy Hutchinson, president, and CEO of Abu Dhabi-based hotel operator Rotana said in an interview.

In the past three months, Rotana hired about 400 staff across the UAE and will continue to recruit as it opens new hotels, he said. Rotana was forced to lay off less than 5 per cent of its workforce at the start of the pandemic and by the end of February, it rehired 70 per cent of those who were let go.

Research firm STR Global estimated last year that about 30 per cent of jobs in Dubai’s hotel industry were likely to be lost until demand recovers from the pandemic.

Occupancy at Emaar’s hotels is hovering around 54 per cent while the average daily rate has held up at over 1,000 dirhams per night, Kirby said.

Emaar is opening six hotels this year, including its first property in Istanbul and another in Bahrain. It opened three beach hotels in the UAE last year and will open five others in 2022.

It’s having “active discussions” to open three to four Armani hotels in a number of key cities in Saudi Arabia and Europe, Kirby said, declining to elaborate as the agreements haven’t been signed yet. Emaar Hospitality operates two Armani hotels, one in the world’s tallest tower in Dubai and another in Milan.

While Emaar isn’t currently in talks to sell any of its properties, the company is “looking at an asset-light model strategy” for its hotel division, Kirby said. In 2018, Emaar Hospitality Group sold five hotels, including the flagship Address Dubai Mall and Address Boulevard to Abu Dhabi National Hotels.

Congress will split before next assembly polls in Karnataka, predicts Eshwarappa

Mysuru, Oct 3: Karnataka Minister and senior BJP leader KS Eshwarappa on Sunday said the Congress will split into two before the next assembly election as the party is divided over caste census report.

"People are watching the tussle between DK Shivakumar and Siddaramaiah over caste census report. Before the next assembly elections, Congress will split into two. There is no doubt about it, jot it down," he told media here.

Both Shivakumar and Veerappa Moily have different views on caste census reports, he said.

"Shivakumar and Veerappa Moily had asked Congress leaders to exercise restraint until the report is made public," he said.

If Siddaramaiah was concerned about dalits and backward classes, he would have released the caste census report when he was the Chief Minister, the Minister said.

There is no point in Siddaramaiah blaming former Chief Minister HD Kumaraswamy for not releasing the report, because in the capacity of coordination committee chairman of the JDS-Congress coalition government, he could have demanded withdrawal of support to the government, Eshwarappa said.

He said both Siddaramaiah and Shivakumar should tell people "why the Congress lost election in the state, though the party had a majority".

The party lost because top leaders like former deputy Chief Minister G Parameshwara and Siddaramaiah fought among themselves for the coveted post of chief minister, he said.

"Except fighting among themselves, Congress leaders did not do anything for Dalits and Backward Castes in the state," Eshwarappa said.

Now, Siddaramaiah is talking about launching a stir, asking the state government to release the caste census report, when people know that he did not say a word on it in the just concluded assembly session, he said.

Because of neglecting Backwards Castes and Dalits, Siddaramaiah did not win the last Chamundeshwari election and save his Chief Minister's seat, Eshwarappa said.

Even at the Centre the Congress is in tatters and under this circumstance, BJP is the only party which gives hope to the people of the country, he said.

"Group of 23 leaders, including Kapil Sibal and Ghulam Nabi Azad have been requesting Sonia Gandhi to convene a meeting for overhauling the Congress party's structure, but it is not being heeded to. Why is the meeting not being called?

"In these circumstances, BJP is the only hope for the country, and people also have appreciated Modi's work. In the coming days, good work will be further continued," he added.

Replying to a question on Congress trying to woo 20 of the BJP MLAs, Eshwarappa said both Siddaramaiah and Shivakumar should be shifted to mental asylum for dreaming big.

"Siddaramaiah has the craze of becoming Chief Minister. Shivakumar has the craze for buying out BJP MLAs. These two crazy leaders should be admitted to a mental asylum," he said.

India has crossed the 90.5-crore mark for Covid vaccination.

If you remain silent under Modi regime you are a complicit in its atrocities: Kapil Sibal

Ahmadabad, Oct 2: Congress leader Kapil Sibal on Saturday said remaining silent was not an option under the BJP government as it would mean one is complicit in its atrocities.

Speaking about the turmoil within the Congress, Sibal, who is part of the so-called "G-23" group of dissidents, said he did not know if the party was ready for reforms but he can only voice his own sentiments.

“I don't want to comment on that tweet of P Chidambaram as he is a dear colleague. I can only say that in politics when I talk about Modi (government), safe harbour is not silence,” Sibal told reporters here in reply to a question on a recent tweet by the former finance minister.

“This is no time to be silent, if you are silent against the atrocities of the Modi government then you are complicit,” he added.

Chidambaram had tweeted on September 30 that he felt helpless "when we cannot start meaningful conversations within party forums" and when one sees Congress workers shouting slogans outside the residence of a colleague and MP.

“The safe harbour to which one can withdraw seems to be silence,” he had said. The tweets came after Congress workers shouted slogans against Sibal.

To a question about the G-23 group, Sibal said, “There is no G-23, you called it G-23. It is a set of people who want reforms from within, that's about it. The reforms that we want, we have spoken about in the past, there is no point in repeating it."

“I have no grievances (against the party), whatever I have said, I have said, there is nothing more that I wish to say,” Sibal said in reply to another question.

Asked if the Congress leadership was not inclined to implement the reforms suggested by the group, the Rajya Sabha member said, “I don't know if the party is ready for reforms or not, I can only voice my sentiments.”

To the question whether he thought if the party was taking a strong stand against the "atrocities" of the Modi government, Sibal said the party was speaking about it. "Rahul Gandhi has raised his voice against it, that is good of Rahul Gandhi,” he added.

When asked if the Congress had ceded the "middle ground" to the BJP and taken a left turn, Sibal said he disagreed.

"ED is the umpire, CBI is the umpire, they try to influence courts, they have captured the system. If you change the rules, then there will be no middle ground," the Congress leader said.

Prime Minister Modi speaks about Mahatma Gandhi and tries to appropriate him from the Congress, but "he is doing everything opposite of what Gandhi said," Sibal stated.

On the trouble within the Punjab Congress, Sibal said, “I am a party worker, if I had been a decision-maker, I would have told you. I am a worker, and I will continue to work.”

On the recent government change in the BJP-ruled Gujarat, Sibal said the chief ministers were also made to resign in Karnataka and Uttarakhand, and the saffron party also "tried to do it in Uttar Pradesh but it could not be done."

The BJP replaced governments in these states because it felt the incumbent leaders would not win it elections, the Congress leader claimed.

He credited Rahul Gandhi for the Congress" impressive performance in the 2017 Assembly polls in Gujarat, saying he came and stayed for three months and energized the party. "What is the situation now in Gujarat Congress I don't know,” he added.