Riyadh, Apr 4: An Indian warship has arrived in Saudi Arabia to participate in a military exercise with the navy of the Gulf nation in reflection of multi-faceted bilateral defence cooperation.

The official said the ship will be undertaking a passage exercise with Royal Saudi naval forces on its departure.

Another official said both sides are keen to expand maritime cooperation in sync with the overall deepening of defence and security cooperation.

The defence and security ties between India and Saudi Arabia are witnessing gradual expansion.

Chief of Army Staff General MM Naravane visited Saudi Arabia in December last in the first-ever visit by a head of the 13 lakh-strong Army to the strategically important Gulf nation.

Mangaluru, Apr 10: The night curfew imposed by Karnataka government in eight places to curb the spread of coronavirus will commence tonight and end on April 20. The curfew order calls for a halt of public movement between 10 pm and 5 am.

The 'Corona Curfew' will be observed in seven cities — Bengaluru, Tumakuru, Mangaluru, Mysuru, Udupi, Kalaburagi and Bidar — and Manipal town near Udupi.

What is allowed during the curfew

>> Factories and firms operating in the night hours are permitted to function, given the employees reach work before 10 pm.

>> Passengers travelling to and from the airport, railway stations and bus stands can do so in auto-rickshaws and cabs by showing authentic tickets and boarding passes.

>> Patients and others availing medical treatment and also those requiring medical attention are allowed.

What's not allowed during the curfew

>> All commercial establishments, including bars, restaurants and other shops, will remain shut.

>> The guidelines stated that those violating the curfew orders will be booked under section 51 to 60 of the Disaster Management Act (2005) along with provisions of the Indian Penal Code and other relevant acts.

"Police took Chandrashekar into their custody and are taking him to Bengaluru," sources said.

According to sources in the Belagavi administration, Chandrashekar wanted to meet the Deputy Commissioner of the district, which was not granted.

Angry over it, the leader decided to stage a demonstration there.

The district authorities then detained him and directed that he be sent out of the district.

Meanwhile, fissures seem to have opened among sections of the state owned transport corporation bus employees' federation as the strike over their salary related issues entered the fourth day on Saturday.

The Karnataka government on Friday banned with immediate effect the indefinite strike by employees of the road transport corporations, which affected bus services across the State.

Citing inconvenience caused to the public and that the strike was against provisions of the industrial disputes act, the Labour department issued the ban orders.

The dispute has been referred to the industrial tribunal, Bengaluru for adjudication, it added.

Chief Minister B S Yediyurappa appealed to the employees to resume work, even as he made it clear that it was not possible to meet their demand for wages as per the 6th Pay Commission.

With the government reiterating its stand on wages as per the 6th Pay Commission, RTC employees decided to continue with the strike on Saturday as well.

Kodihalli Chandrashekhar, honorary president of the Karnataka State Road Transport Employees League, said the strike is on and will continue for the fourth day on Saturday.

On Saturday a few union leaders expressed their displeasure over the way Chandrashekhar handled the issue.

The Karnataka Transport Employees Federation has chosen Chandrashekhar as their honorary president to lead their agitation and negotiate with the government for the implementation of the sixth pay commission.

"The strike is continuing, but we are caught in a problem due to the impractical demand. Now we cannot move forward, return backward," the Bangalore Metropolitan Transport Corporation union leader K Prakash said.

Chandrashekhar should not have put forth just one demand, which will fizzle out because it cannot be fulfilled in view of the present situation, another union leader said requesting anonymity.

There are four state owned transport corporations and all of them have gone on strike demanding salaries on par with the state government employees.

The stalemate has caused inconvenience to the commuters, many of whom alleged that private transporters overcharged for the trips.

The government has sacked trainee and probationary employees of various corporations, including 216 Bangalore Metropolitan Transport Corporation in the past two days for taking part in the agitation.

The government also managed to run 652 buses till 10 am.

Yet, it was way too short of the demand.

The Railways too are operating nine special trains on Saturday. 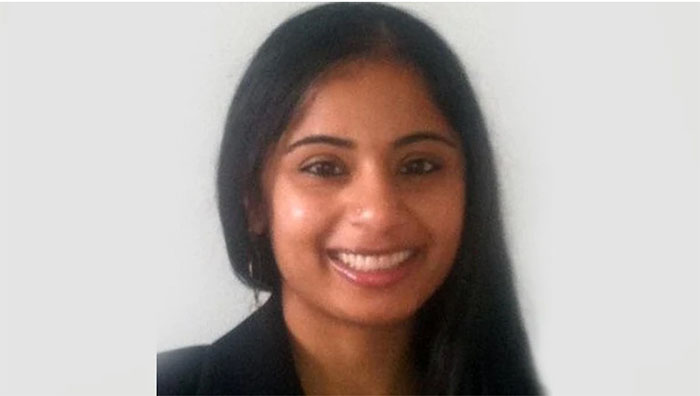 Washington, Mar 31: US President Joe Biden on Tuesday announced his intent to nominate Indian-American Rupa Ranga Puttagunta as a federal judge, among 10 other diverse picks for top judicial positions which include African-American and Muslim American candidates.

Among the presidential nominations, 10 are for Federal Circuit and District Court judge posts, and one is for Superior Court Judge for the District of Columbia.

These highly-qualified candidates reflect the president's deeply-held conviction that the federal bench should reflect the full diversity of the American people - both in background and in professional experience, the White House said.

If confirmed by the US Senate, Judge Puttagunta would be the first Asian American and Pacific Islander (AAPI) woman to serve on the US District Court for the District of DC, the White House said.

Judge Puttagunta currently serves as an Administrative Judge for the D.C. Rental Housing Commission. Prior to joining the Commission in 2019, Judge Puttagunta was a solo practitioner from 2013 to 2019, representing indigent criminal defendants in trial and on appeal.

Before opening her own practice, Judge Puttagunta practised family and appellate law at Delaney McKinney, LLP from 2012 to 2013.

The nominations announced on Tuesday also include three African American women and a Muslim American.

If confirmed by the Senate, Judge Zahid N Quraishi would be the first Muslim American federal judge in US history.