Qatar extends quarantine rules for all arrivals till Dec 31 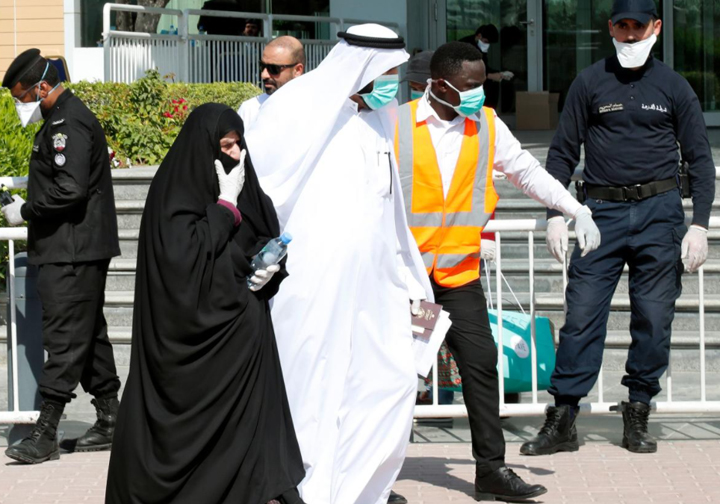 Doha, Oct 14: Qatar has extended strict quarantine rules requiring travellers to isolate for up to 14 days upon their arrival in the country, local media reported on Tuesday.

“For all arrivals – including nationals, residents and visa holders – quarantine requirements are now extended for all arrival dates up to 31 December 2020,” The Peninsula newspaper reported, quoting the Discover Qatar website.

Arrivals to Qatar from “low-risk countries” will be required to take a coronavirus test at the airport and sign an official pledge to adhere to quarantine at home for a week.

The travellers will then be required to undergo a second test and the quarantine period will end if results come back negative. If it tests positive, the person will be transferred to a government facility for isolation.

People arriving from “high-risk countries” will have to obtain a “virus-free certificate” no more than 48 hours before travelling from an accredited COVID-19 testing facility. They will then adhere to the home quarantine policy when in Qatar.

If travellers are not able to obtain a virus-free certificate in the country of departure, they will be required to book a hotel at their own expense for a week to quarantine for seven days before undergoing a COVID-19 test.

These rules were set to expire on October 31.

Qatari nationals, permanent resident cardholders, and prior approved visa holders are currently permitted into the country. They will be required to undergo a coronavirus test or quarantine upon return depending on whether the country of departure is low risk or not.

The Peninsula also reported: “There is a daily limit on arrivals entering Qatar and demand is extremely high.”

The current list of low-risk countries, as per the ministry of public health’s website, names 40 nations and includes China, Vietnam and Malaysia in the Asia-Pacific; the United Kingdom, Italy, France and Greece in Europe; and Morocco, Algeria and Turkey in the Middle East.

Qatar is one of the worst-hit countries in the Middle East – after Iran, Saudi Arabia, Turkey, Israel, and Morocco – reporting 128,405 confirmed coronavirus cases but only 220 deaths.

A total of 125,373 people have recovered from the virus since the start of the pandemic. 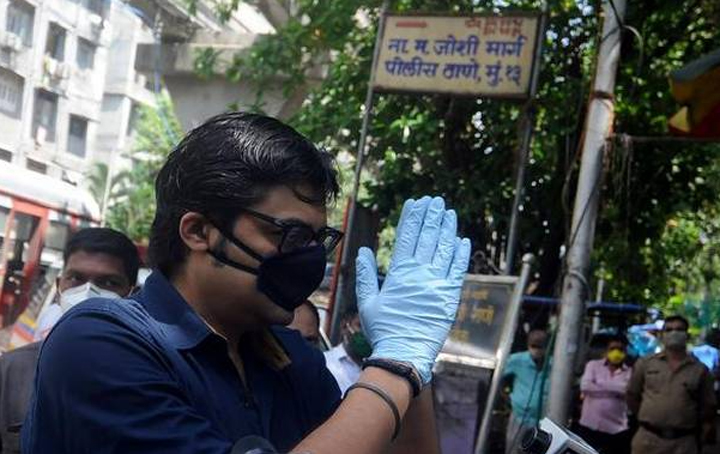 Mumbai, Oct 19: TV viewership rating agency BARC India has charged Republic TV of misrepresenting its private and confidential communication, saying it has not commented on the ongoing investigation into the alleged manipulation of ratings.

In a statement, Broadcast Audience Research Council (BARC) said it was cooperating with the law enforcement agencies in their ongoing investigation in the Television Rating Points (TRP) manipulation case.

Responding to claims by Republic TV that an email from BARC gives proof of the channel not being involved in any alleged malpractices, the agency said it was "highly disappointed" with the broadcaster's actions.

"BARC India is highly disappointed with the actions of the Republic Network by disclosing private and confidential communications and misrepresenting the same.

"BARC India reiterates that it has not commented on the ongoing investigation and without prejudice to BARC India's rights, it expresses its dismay at the actions of the Republic Network," it said.

Mumbai police, on a BARC complaint, is investigating allegations of manipulation of TRP ratings. Republic TV is one of the four channels being investigated.

The BARC statement came after Republic TV disclosed what it said was an email conversation between the agency's CEO Sunil Lulla and Republic Media Network CEO Vikas Khanchandani.

As per the TV network's website, Khanchandani wrote an email to BARC on October 16, to "confirm in public domain" that the body has found no infringement by Republic.

"In response to Khanchandani's email, BARC responded on October 17, by thanking the network for their 'faith in the internal mechanisms of BARC' and said that 'if there was any disciplinary action initiated against ARG Outlier Media (Republic's owner), then BARC India would have communicated the same to you along with necessary documents for your response"," the website said.

"Thus, this e-mail proves that BARC did not allege any malpractice against the Republic Media Network," it added.

BARC did not elaborate on the exact parts of the email which makes it feel that the communication was "misrepresented".

Six people have been arrested by the police in the scam, which allegedly involves inducing homes which form the sample set whose TV viewing is monitored to ensure that certain channels get higher ratings. The ratings are a key influencer of advertiser preferences while placing commercials. The police claim this is a "multi-crore" scam. 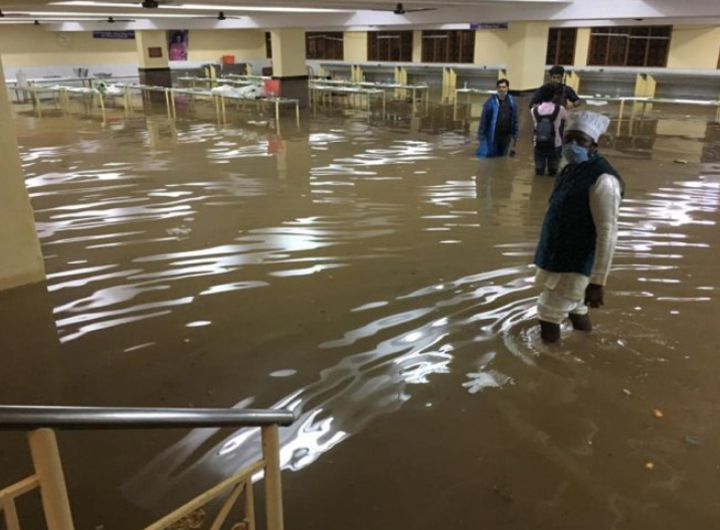 Bengaluru, Oct 21: The continuing thundershowers left many roads waterlogged through Tuesday night, even as the weather bureau predicted that the rains would pound the city until Friday.

As per the data from Karnataka State Natural Disaster Monitoring Centre (KSNDMC), areas in western and southern Bengaluru received between 11 mm and 71.5 mm of rainfall.

Officials in the BBMP control room said there were no complaints of tree fall but waterlogging was reported from Nayandahalli, Kengeri, Agara, Halasuru, Sivananda circle, Mehkri Circle and several other areas. At the Sivananda Circle underpass, BBMP officials had to rush to clear the water that choked up traffic for a long time.

While the KSNDMC forecast heavy rainfall in the BBMP area for the next two days, the India Meteorological Department (IMD) issued a yellow alert for the city.

A mini-truck got stuck in a manhole on Mysuru Road, leading to a lengthy traffic jam. Police arrived at the spot and restored vehicular movement.

Residents of Mallattahalli whose houses were flooded in the rains two days ago relived the nightmare once again on Tuesday. 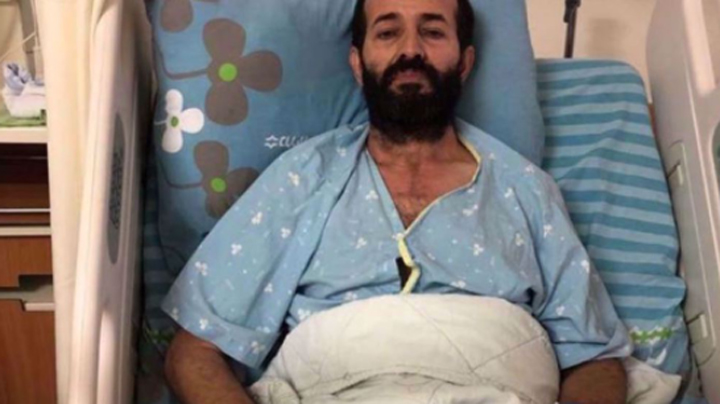 Palestinian prisoner Maher al-Akhras has entered the 78th consecutive day of his open-ended hunger strike against Israel’s so-called policy of administrative detention amid deterioration of his health condition.

Qadri Abu Bakr, head of the Commission of Palestinian Detainees and Ex-Detainees, told the Arabic-language Voice of Palestine radio station on Sunday that Akhras’ health condition has entered the stage of extreme danger.

Abu Bakr further said Akhras has been transferred to another section at Kaplan Hospital after a coronavirus infection was detected in a room next to him.

He went on to say that Akhras is suffering from a weak immunity system, adding that his vital organs have begun to lose some functions.

Abu Bakr said the coming days will be decisive for Akhras’s demands as well as for his “dangerous” health condition.

In a statement on Saturday, the leader of the Islamic Jihad movement said Akhras’s health condition indicates that Israelis have decided to kill him.

“We have declared a state of full alert, and we will not allow prisoners to be murdered. We also consider murdering any mujahid in this sadistic manner as crossing the red lines, and the prison authorities must be well aware of the consequences of their decision,” the statement said.

Akhras was detained on July 27, and was held under the administrative detention, with no charge. This has led him to start a hunger strike in an attempt to seek justice against the unfair detention.

Last week, the Commission of Palestinian Detainees and Ex-Detainees said Akhras would only end his strike if he was released immediately.

Akhras’ wife also announced a hunger strike and sit-in outside the hospital in support of her husband, calling for his immediate release.

Hundreds of Palestinian prisoners are under administrative detention, in which Israel keeps the detainees for up to six months, a period which can be extended an infinite number of times. Women and minors are among these detainees.

Such detentions take place on orders from a military commander and on the basis of what the Israeli regime describes as ‘secret’ evidence.

Palestinian detainees have continuously resorted to open-ended hunger strikes in an attempt to express their outrage at the detention.

Palestinians hold Israeli authorities fully responsible for any deterioration of the circumstances in jails.

More than 7,000 Palestinians are reportedly held in Israeli jails.

In May 2019, a study revealed that Israel had arrested some 16,500 Palestinian children since the outbreak of the Second Intifada (uprising) in late-2000.

In recent months and in the wake of the coronavirus pandemic, several Palestinian prisoners have been infected in an Israeli detention center amid mounting concerns about medical negligence by Israeli authorities.