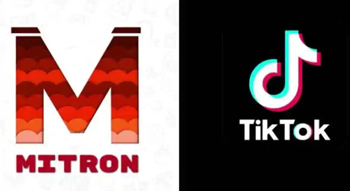 Just 5 days after crossing the 10 million (1 crore) downloads milestone, Mitron has now announced that the app has been downloaded by 17 million (1.7 crore) users in India. Mitron app has been one of the most downloaded apps in India during the last two months.

"It is incredibly exciting to see the rapid adoption of Mitron by Indian users. 11-fold jump in traffic, immediately after the ban of Chinese apps, was beyond our expectations," said Shivank Agarwal, Founder, and CEO, Mitron.

Anish Khandelwal, Founder and CTO said, " We have built a solid backend infrastructure and our platform is now completely scalable and autonomous and that is helping us to cater to the sharp rise in traffic on Mitron App."

Mitron has been rapidly enhancing the product with several improvements for the users including an updated video upload process that is much easier, enhanced audio library with a wide choice of Indian content, and a feature that enables users to flag any inappropriate content easily.

Users uploaded millions of videos in 10 different languages and the number of videos viewed on the platform increased sharply to cross 30 million video views per hour.

Shivank added "We are a young company and we are hiring some of the best product & engineering talent to scale up Mitron rapidly. We are confident that we can build Mitron into one of the best apps in the short-form video space. Our focus is on building features and content that uniquely resonates with Indian users, while being sensitive to community standards and local laws in India and we believe that will help us build Mitron into a very large business."

World-class fighter jets will be game-changer: Amit Shah after Rafale landing in Ambala

"Rafale touchdown is a historic day for our vigorous @IAF_MCC and a proud moment for India! These are the world's most powerful machines capable to thwart any challenge in the sky. I am sure Rafale will help our Air warriors to safeguard our skies with its mighty superiority," Shah said in a tweet.

"From speed to weapon capabilities, Rafale is way ahead! I am sure these world class fighter jets will prove to be a game changer. Congratulations to PM @narendramodi ji, DM @rajnathsingh ji, Indian Air Force and the entire country on this momentous day. #RafaleInIndia," he added.

"Induction of these next generation aircrafts is a true testimony of PM @narendramodi's resolve to make India a powerful and secure nation. Modi govt is committed to build on India's defence capabilities. I thank honourable PM for providing this unprecedented strength to our IAF," he tweeted.

Earlier today, the five French Rafale fighter jets touched down at Haryana's Ambala after covering a distance of nearly 7,000 km to join the Indian Air Force.

The jets were given a customary water salute upon their arrival at the airbase, some 220-km from the India-Pakistan border.

The five Rafale fighter aircraft took off on Monday for India from an airbase in France.
Rafale has multi-directional radar system which can detect 40 targets at the same time in a range of over 100 Kms. It has advance radar warning receiver to identify hostile tracking system a towed decoy system to thwart incoming missile attacks.

Rafale will ensure that our pilots will not have to cross the border to strike the target, that is about 600 Km in enemy territory.

It will get French industrial support for 50 years. India had signed a deal worth over Rs 60,000 crore with France in September 2016 for 36 Rafales to meet the emergency requirements of the IAF. 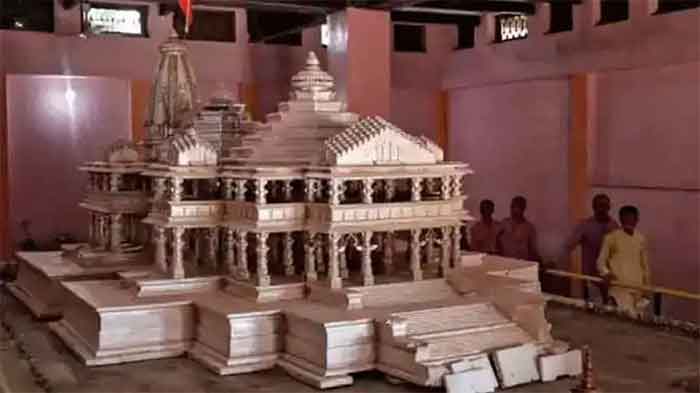 Ayodhya, Jul 27: With days to go for the August 5 "bhoomi pujan" ceremony of the Ram temple in Ayodhya, the mosques adjacent to the demolished Babri Masjid premises are spreading the message of a peaceful coexistence of Hindus and Muslims.

There are eight mosques and two mausoleums located close to the 70-acre Babri Masjid premises mandated by the Supreme Court for a temple of Sri Ram.

Azaan and namaaz are offered in the mosques and the annual "Urs" is held at the mausoleums without any objection from the local Hindus.

"It is the greatness of Ayodhya that the mosques surrounding the Ram temple are giving a strong message of communal harmony to the rest of the world," Haji Asad Ahmad, the corporator of the Ram Kot ward, said. The Ram temple area is situated in Ahmad's ward.

"Muslims take out the 'juloos' of Barawafaat that goes through the periphery of Ram Janmabhoomi. All religious functions and rituals of Muslims are respected by their fellow citizens," the corporator said.

Asked for a comment on the presence of mosques near the upcoming Ram temple premises, the chief priest of the temple, Acharya Satyendra Das, said, "We had a dispute only with the structure that was connected to the name of (Mughal emperor) Babur. We have never had any issue with the other mosques and mausoleums in Ayodhya. This is a town where Hindus and Muslims live in peace."

"Muslims offer namaaz, we perform our puja. The mosques around us will strengthen Ayodhya's communal harmony and peace will prevail," he added.

Both Hindus and Muslims have accepted the Supreme Court verdict over Ram Janmabhoomi, Das said, adding, "We have no dispute with each other."

"We offer prayers five times a day in the mosque at Khanqaah and hold the yearly 'Urs'," he added.

"What a scene would it be -- a grand Ram temple surrounded by small mosques and mausoleums and everyone offering prayers according to their beliefs. That will be representative of the true culture of India," Mahant Yugal Kishore Sharan Shastri, the chief priest of the Sarayu Kunj temple adjacent to the Ram Janmabhoomi premises, said.

Reacting to the presence of mosques and mausoleums near the Ram Janmabhoomi premises, Triloki Nath Pandey, the decree holder of the land as the "first friend of Ram Lalla" as mandated by the Supreme Court, said, "We do not have any objection to either those mosques or any other mosques. We will not trigger a dispute regarding any structure, Ayodhya must live in peace and communal harmony."

Mahant Raju Das, the priest of the Hanumangarhi temple, said, "The presence of the mosques tells the story of Ayodhya's communal harmony. A Ram mandir will be built and there will be no objection to the mosques or religious practices of Muslims." 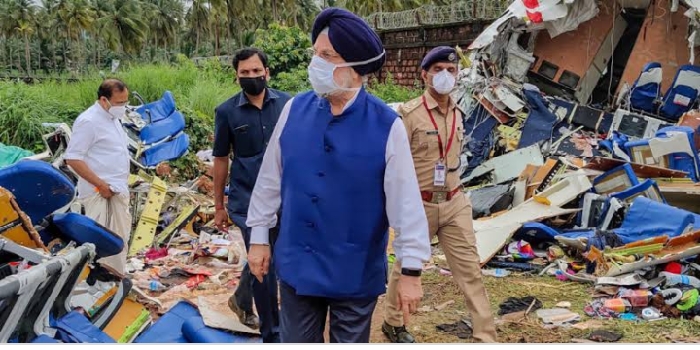 The Civil Aviation Ministry announced an initial assistance of Rs 10 lakh to the dependents of the deceased in the Kozhikode AIE plane crash, while the Kerala government also announced a compensation of Rs 10 lakh each.

Minister of Civil Aviation, Hardeep Singh Puri, who visited the mishap spot on Saturday, said that a detailed probe is already on and the pilot and co-pilot were highly experienced.

He also announced a compensation of Rs 2 lakh each to the injured and Rs. 50,000 each to those who suffered minor injuries. The other normal compensations would be decided in due course.

"Deepak was one of the most distinguished and experienced pilots. He had a commanding experience of 6,662 hours and was commander of B-737 aircraft for 4,244 hours. He had also operated to Kozhikode international airport 27 times. He joined AIE in 2013 and prior to that he served with the IAF and HAL. He was a figher pilot and a recipient of prestigious sword of honour and a gold medalist," said Puri.

Puri said that even as the flight slipped down to around 35 feet, a major disaster was averted due to timely rescue operations. Local people played an exemplary role and the fire brigade's timely action of cutting the plane body and rescuing the passengers minimised the casualties, he said.

Chief Minister Pinarayi Vijayan also said that the local people and all rescue and relief agencies did a well co-ordinated job. The state government would also meet the entire treatment expenses of the injured.

Till Saturday afternoon, the total number of deaths was 18. While 149 were still in hospitals, 23 were discharged.