Lucknow, Jun 7: From Anamika Shukla to Anamika Singh and finally Priya. The primary school teacher who was found to be teaching simultaneously in 25 schools, not only has multiple jobs but also multiple identities.

Anamika was arrested on Saturday from Kasganj district when she went to submit her resignation after she was served a show cause notice by the Basic Shiksha Adhikari (BSA), Anjali Agarwal.

Agarwal informed the police and Anamika was arrested.

According to the Kasganj BSA, Anamika Shukla, originally a resident of Kaimganj in Farukhabad is currently doing her B.Ed from the Raghukul Degree College in Gonda. Her other documents are also from the same college.

During interrogation, Anamika Shukla said that she was actually Anamika Singh but as questioning proceeded, it turned out that she was Priya from Farrukhabad.

She has been booked for cheating and forgery under IPC sections 420 (cheating and dishonestly inducing delivery of property), 467 (forgery of valuable security, will etc.) and 468 (forgery for purpose of cheating).

According to the police, the woman claimed that she had paid Rs five lakh to a Mainpuri-based man to get this job.

She used Anamika Shukla's credentials to get the job while her real name is Priya, daughter of Mahipal, a resident of the Lakhanpur village of the Kayamganj police circle in Farrukhabad district.

The accused claimed that she paid the hefty amount to Raj, a Mainpuri-based man for the job and was posted in Faridpur Kasturba Gandhi Balika Vidyalaya (KGBV) since August 2018.

The police are now trying to zero in on the man who got her the job.

The police also believe that it could be possible that multiple candidates used credentials and 'eligibility' of Anamika Shukla - the real one still remains elusive.

According to the Uttar Pradesh government, five more Anamika Shuklas have been found working in KGBVs in Ambedkar Nagar, Baghpat, Aligarh, Saharanpur and Prayagraj districts. She has reportedly drawn a combined salary of Rs one crore in the past one year.

Teachers in KGBV, a residential setup for girls from weaker sections of the society, are appointed on contract and are paid approximately Rs 30,000 per month. Each block in a district has one Kasturba Gandhi school.

Basic Education Minister Satish Dwivedi said that the incident was 'shocking' and the police would unravel the entire racket in the case. "No officer, employee who connived with this teacher in providing her job at KGBV and subsequently hiding it, will be spared," he said. 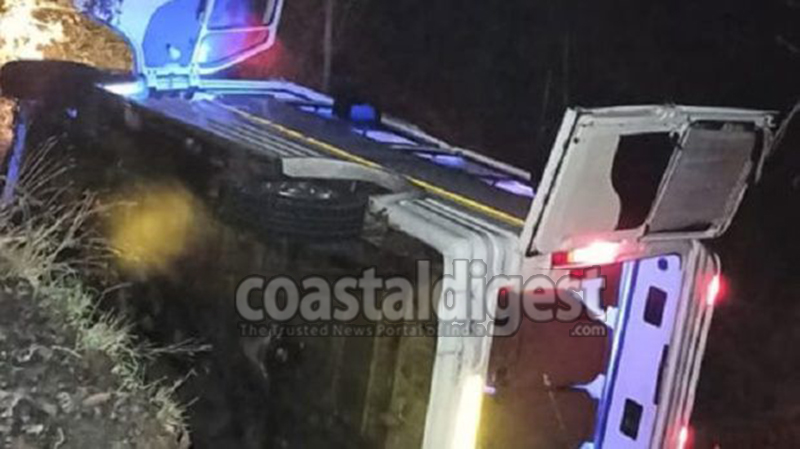 Chamarajanagara, Jan 8: Three persons were killed while 14 others injured when a tempo traveller over turned and fell into a roadside ditch near Suvarnavathi reservoir on national highway 209 on Friday.

Total 17 persons were going to Tirupur in Tamil Nadu from Mysuru city.

Chamarjanagara rural police visited the spot and a case has been registered in this connection. 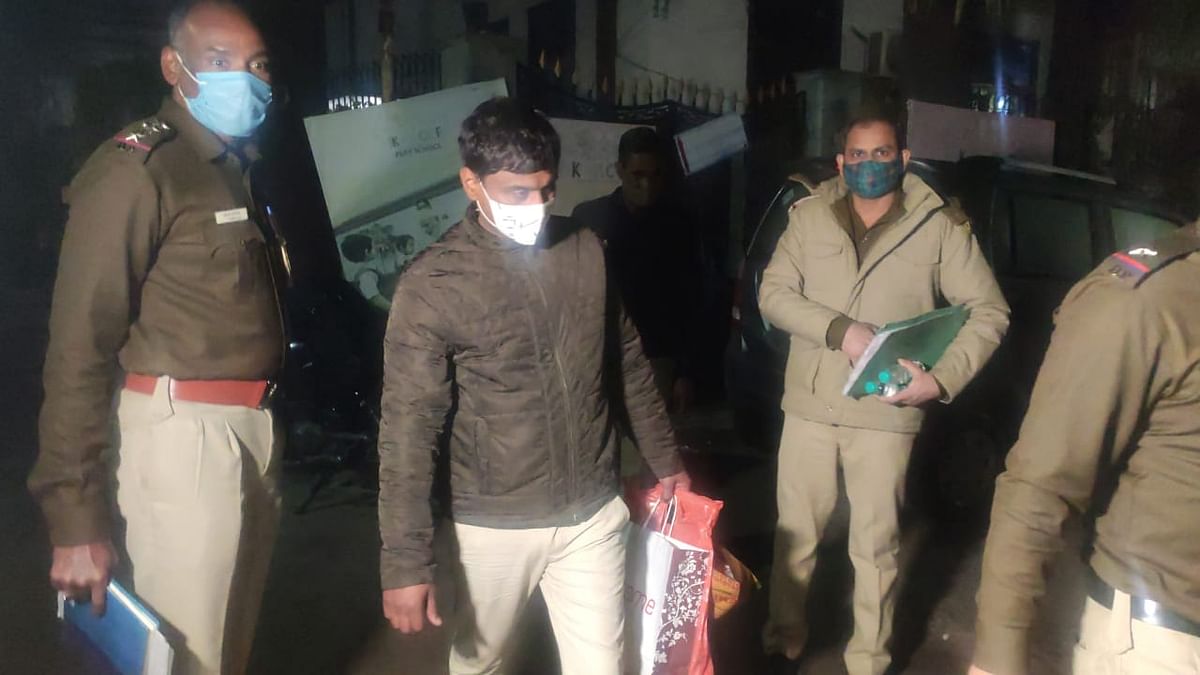 New Delhi, Jan 4: A 36-year-old woman murdered her husband and then tried to kill herself in Delhi's Chhatarpur area on Sunday. The woman had also allegedly posted the murder information on Facebook after which the police were informed.

The landlord of the apartment also informed the police that the couple was not opening the door at JVTS Garden Chhatapur Extention. The door was locked from inside.

When the police broke open the door, both Chirag Sharma (37) and his wife were found unconscious.

Chirag was found laying in the pool of blood and Renuka was on the bed. Blood was spread on the floor and the wall.

Chirag was originally from Yamuna Nagar, Haryana and Renuka (36) is from Ujjain, Madhya Pradesh. Both were residing at the first floor of the building since March 2013.

"Chirag was working in Max Insurance in corporate sales and Renuka was also working with same entity in operations department. They don't have any child," said Atul Thakur, DCP South Delhi.

"From initial inquiry it was found that there were differences between the husband and wife," the DCP said.

Both the persons were shifted to AIIMS Hospital where Chirag was declared brought dead by the doctors and Renuka is under treatment, the officer said, adding that the investigation is underway.

In a first, 35-yr-old woman arrested under POCSO law for raping her 14-yr-old son

Thiruvananthapuram, Jan 5: A 35-year-old woman in Kadakkavoor in Kerala's Thiruvananthapuram district was arrested under the Protection of Children from Sexual Offences Act for allegedly raping her 14-year-old son, police said on Monday. This is the first such incident seen in the state.

The father had complained to the police that the boy's mother had been exploiting their son for quite some time.

A Kadakkavoor police station officer said that they had received a petition from the father and forwarded it to the Child Welfare Commission. They found that the woman has exploited her son and police then took the case and arrested her.

She was produced before a court which sent her to judicial custody and is now at the woman's prison, Thiruvananathapuram.