New Delhi, Jun 18: The National Commission for Women (NCW) has sought a report over the death of a woman constable who was burnt alive allegedly by another policeman in Kerala last week.

Expressing "deep concern and shock" over the incident, the NCW has taken up the matter with the Kerala police and sought a detailed report from them.

The woman, Soumya Pushpakaran, 34, was allegedly hacked and set ablaze in broad daylight by another policeman in Mavelikara area of Alappuzha district on Saturday.

The accused, Ajas, has been taken into custody and was undergoing treatment at a hospital as he had suffered 40-per cent burns.

The woman's mother had claimed that Ajas had been insisting her daughter to marry him, though she was already married and had three children. Police, however, had said the motive behind the killing could be ascertained only after detailed interrogation of the accused and others.

Tirupur, Jan 9: Suffering losses in online gaming has claimed the life of a 29-year old man in Tirupur district in Tamil Nadu, the police said on Saturday.

According to the police in Tirupur district, S. Elvin from Coimbatore had committed suicide two days back by jumping before a train after suffering losses to the tune of about Rs 7 lakh in online gaming. The deceased was identified on Friday.

An employee with a private company, Elvin had borrowed money from several persons and lost the same in online gaming. He was not able to repay the borrowed money.

Elvin's mother had lodged a missing person's compliant on January 6 with the Coimbatore police.

Dalit family beaten up for using water from public hand pump in UP; forced to leave home

Banda, Jan 4: A Dalit family has left their home in a village here after they were allegedly beaten up and threatened with dire consequences by local strongmen for using a government hand pump, a family member claimed on Monday. The police have booked three people in connection with the incident. However, they did not comment on the family's claim of leaving their house.

A member of the Dalit family from Tendura village under Bisanda police station told PTI that on December 25, he along with his father had gone to get water from the hand pump. Some strongmen living in their neighbourhood beat him and his 80-year-old father with sticks for using the hand pump.

He claimed the strongmen also threatened to burn him and his father alive in their home. The family member said they left their home because of the fear of the strongmen and are now living in a hut in a farm.

In an application to the superintendent of police, the family alleged that though the local police has registered a case, there is no mention of injuries sustained by the octogenarian father.

SHO of Bisanda police station Narendra Pratap Singh told PTI that it is a case of beating that is being investigated by the Baberu circle officer. On the basis of the complaint lodged by the family, a case has been registered against three people. 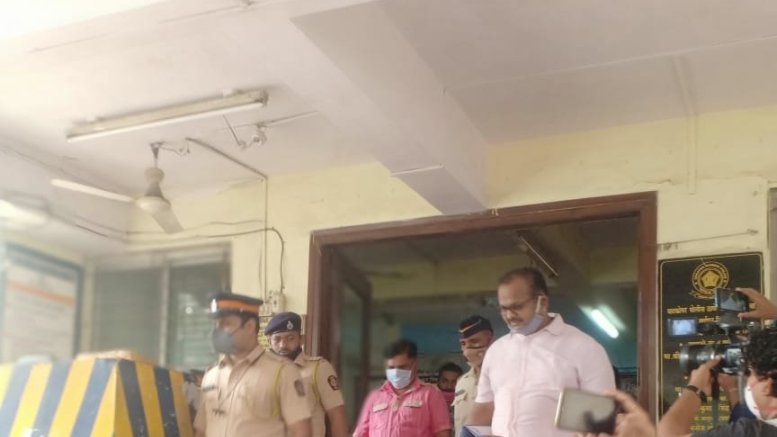 Mumbai, Jan 5: The Mumbai Police has nabbed a self-styled spokesperson of Mumbai's 'dabbawalas' for an alleged loan fraud in the name of 61 dabbawalas by promising to give them free scooters, an official said on Tuesday.

"A team of our officials picked up the accused, Subhash Talekar, from his village in Pune district and brought him to Mumbai early on Tuesday. He will be produced before a Magistrate Court shortly," Ghatkopar Police Station's Senior Police Inspector Nitin Alaknure told IANS.

Besides Talekar, another accomplice in the alleged loan fraud, Vitthal Sawant is absconding and the police are on the lookout for him.

Alaknure said that the fraud - amounting to around Rs 7,00,000 - was being perpetrated since 2014, and a complaint was lodged against Talekar in 2019.

"Thereafter, investigations were carried out in the matter, but there were hurdles during COVID-19 pandemic and lockdown. He had also moved the Bombay High Court for anticipatory bail which was rejected after which we took the action," Alaknure added.

The official body of dabbawalas, Nutan Mumbai Tiffin Box Suppliers Charitable Trust (NMTBSCT) Chairman Ulhas Muke welcomed the development and said the accused has been "ruining the good image" of dabbawalas with such fraudulent practices.