Ardern said a royal commission — the most powerful judicial probe available under New Zealand law — was needed to find out how a single gunman was able to kill 50 people in an attack that shocked the world.

“It is important that no stone is left unturned to get to how this act of terrorism occurred and how we could have stopped it,” she told reporters.

New Zealand’s spy agencies have faced criticism in the wake of the attack for concentrating on the threat from Islamic extremism.

Instead, the victims were all Muslims and the massacre was allegedly carried out by a white supremacist fixated on the belief that Muslims were “invading” Western countries.

“One question we need to answer is whether or not we could or should have known more,” Ardern said.

“New Zealand is not a surveillance state... but questions need to be answered.”

Ardern ruled out New Zealand re-introducing the death penalty for accused gunman Brenton Tarrant, 28, who was arrested minutes after the attack on the mosques and has been charged with murder.

She said details of the royal commission were being finalised but it would be comprehensive and would report in a timely manner.

Washington, Jul 21: Democrat Joe Biden urged Muslim Americans on Monday to join him in the fight to defeat President Donald Trump as he addressed an online summit hosted by the advocacy organisation Emgage Action to mobilise Muslim voters ahead of the presidential election.

I want to earn your vote not just because he's not worthy of being president, the presumptive presidential nominee told participants.

I want to work in partnership with you, make sure your voices are included in the decision-making process as we work to rebuild our nation.

Wa'el Alzayat, CEO of Emgage Action, said by email that the organisation was seeking to maximise Muslim American turnout in key battleground states.

In Michigan alone one of the states where the organisation has chapters and where Trump won in 2016 by fewer than 11,000 votes he said he believed there are more than 150,000 registered Muslim voters.

Several prominent Muslim American elected officials endorsed Biden for president in a letter organised by Emgage Action ahead of the summit.

Among those who signed the letter are Minnesota Rep. Ilhan Omar, Minnesota Attorney General Keith Ellison and Indiana Rep. Andre Carson, all Democrats.

Omar, one of the first Muslim women elected to Congress, served as a high-profile surrogate for Bernie Sanders before he exited the presidential race in April making her support for Biden potentially helpful as the former vice president seeks to mobilise Muslim voters this fall.

Muslim American voices matter to our communities, to our country, Biden said.

But we all know that your voice hasn't always gotten recognised or represented.

Joe Biden's presence serves not only to galvanise Muslim Americans to cast their ballots, but to usher in an era of engaging with Muslim American communities under a Biden administration, Alzayat said by email before the summit.

The pro-Biden letter from Muslim American elected officials decried a number of Trump's domestic and international policies, including his administration's travel ban and his pullout from the Iran nuclear deal.

A Biden administration will move the nation forward on many of the issues we care about, the letter said, citing racial justice, affordable health care, climate change and immigration.

Among other goals, Biden has vowed to rescind the travel ban affecting Muslims on Day One if he's elected.

In his address, he pledged to include Muslim American voices in his administration, if elected, and to speak out against human rights abuses against Muslim minorities around the world.

Other state- and local-level Muslim American officials signing onto the pro-Biden letter hail from several states, including Michigan.

BSP waited for right time to teach Cong and Gehlot a lesson: Mayawati 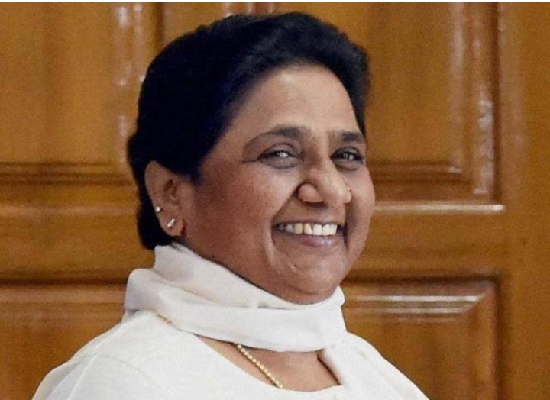 New Delhi, Jul 28: Chief Minister Ashok Gehlot had "unconstitutionally" merged six MLAs of the Bahujan Samaj Party (BSP) with the Congress in Rajasthan, he did the same in his earlier tenure too, for which we wanted to teach him and his party a lesson, said BSP chief Mayawati on Tuesday.

The BSP chief added that her party could have gone to courts earlier but decided to wait for the "right opportunity".

"In Rajasthan, after elections results, BSP gave unconditional support of all its 6 MLAs to Congress. Unfortunately, Chief Minister Ashok Gehlot, out of his malicious intent and to damage BSP, merged them with Congress unconstitutionally. He did the same even during his earlier tenure," Mayawati said here.

"BSP could have gone to the court earlier too but we were looking for the time to teach Congress party and CM Ashok Gehlot a lesson. Now we have decided to go to the Court. We will not let this matter alone. We will go even to the Supreme Court," she added.

The BSP chief further reiterated that the party has asked the six MLAs to vote against the Congress government led by Ashok Gehlot if a trust vote takes place on the floor of the Rajasthan Assembly, failing which "their party membership will be cancelled".
She further said that the merger of BSP MLAs with Congress was immoral and went against the mandate given by voters in Rajasthan.
"Ulta-chor kotwal ko daante (the thief accuses the cop of wrongs) they (Congress) themselves indulge in wrongdoing and then accuse us," she further said.
On Sunday, the BSP issued a whip to six MLAs, asking them to vote against Congress in case of a no-confidence motion or any proceedings to be held during the Rajasthan Assembly session.

National General Secretary of BSP Satish Chandra Mishra, while speaking to news agecncy said, "Notices have been issued to the six MLAs separately as well as collectively, pointing out that since BSP is a National Party, there cannot be any merger at the state level at the instance of six MLAs unless there is a merger of BSP at the national level. If they violate it, they will be disqualified.

Notices have been issued to all six MLAs- - R Gudha, Lakhan Singh, Deep Chand, JS Awana, Sandeep Kumar and Wajib Ali, who are elected to the Rajasthan Assembly."
However, later on Monday, Lakhan Singh, hit back saying he and the five others had already joined the Congress.

"We six MLAs have already joined the Congress. BSP remembered us after nine months. They have issued this whip, after a message from the BJP. On this basis they are going to court", said Karauli MLA Lakhan Singh.

The Congress has accused the BJP of indulging in horse-trading to bring down the Gehlot government. The BJP has rejected the allegations.

Taking to Twitter, the Congress leader reiterated his earlier tweet, sent out on July 17, which stated "The 10,00,000-mark has been crossed.

The government must take concrete, planned steps to stop the epidemic."
"20 lakh-mark has been crossed, Modi government is missing," the Congress leader tweeted today.

The Union Health Ministry has said active cases as a percentage of total cases have seen a significant drop from 34.17 per cent on July 24 to 30.31 per cent.