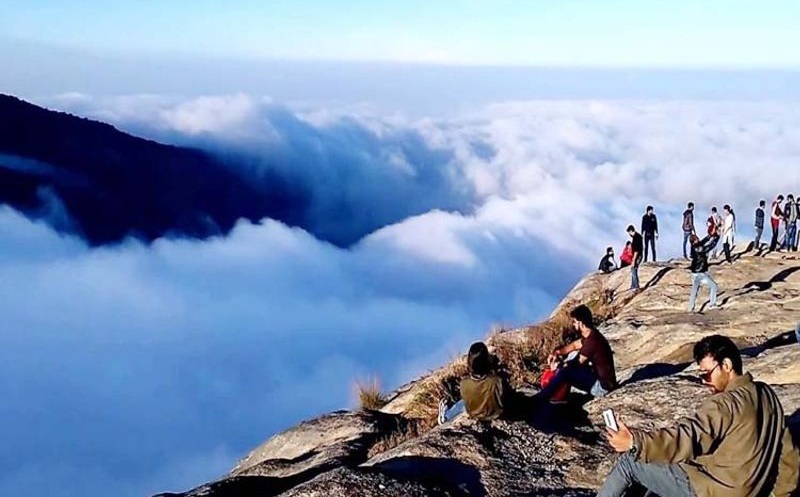 Along with beautiful flora and fauna Nandi Hills also have a historical and spiritual significance, he pointed out.

"Nandi Hills has all the qualities to be developed as an international tourist destination.Government has already sanctioned Rs 10 crore for the purpose," Sudhakar told reporters here after inspecting the ongoing works in the region.

Stating that there was a public demand for a ropeway for the past 15 years, he said an international agency had earlier agreed for the project, but the idea was later dropped. "Now the dream will become a reality."

If you feel there are no lapses then sack KSE: DKS to BSY

Mangaluru, Apr 3: Karnataka Pradesh Congress Committee (KPCC) President D K Shivakumar on Saturday urged Chief Minister B S Yediyurappa to drop Minister of Rural Development and Panchayat Raj of Karnataka K S Eshwarappa from the cabinet for writing a letter to the Governor against his administration.

Speaking to newsmen at the airport here on Saturday, he said that "if Yediyurappa feels that there were no lapses in his administration then he should dismiss K S Eshwarappa immediately."

“A senior Minister of the cabinet rank has stated that he has no confidence in the Chief Minister and has written a letter to the Governor, who is the Constitutional head. The administrative mechanism has totally collapsed in the State. Officials are unable to discharge their duties effectively and were frequently transferred,” he added.

“In my political career, I have not seen any Minister questioning the Chief Minister and complaining to the Governor. Mr Eshwrappa has exposed lapses in the government. If Mr Yediyurappa feels that he has been giving clean administration, then he should either dismiss Eshwarappa or Eshwarappa should tender resignation," he added.

Mangaluru, Apr 13: At least three fishermen were killed and nine others reported missing after a suspected foreign container ship rammed into their fishing boat 43 nautical miles off the Mangaluru coast on Monday.

The boat IFB Rabah, owned by Mamantakath Jaffar, had sailed from Kerala’s Beypore on Sunday with 14 migrant fishermen on board. The boat overturned after being hit by the ship around midnight.

Kasaragod fisheries deputy director Satheesan P V said that the two rescued men don’t have any major injuries. They have been identified as Sunil Das of Bengal and Velmurugan of TN.

Officials said the passenger Noushad Thrikkulath, a native of Kasargod arrived from Dubai in the wee hours today and attempting to smuggle gold by concealing it inside his body through the rectum.

The gold weighing 802 grams worth Rs 37.29 lakh has been seized and investigation is on.

The operation was by Avinash Kiran Royal Deputy Commissioner crucial role of surveillance and interception.