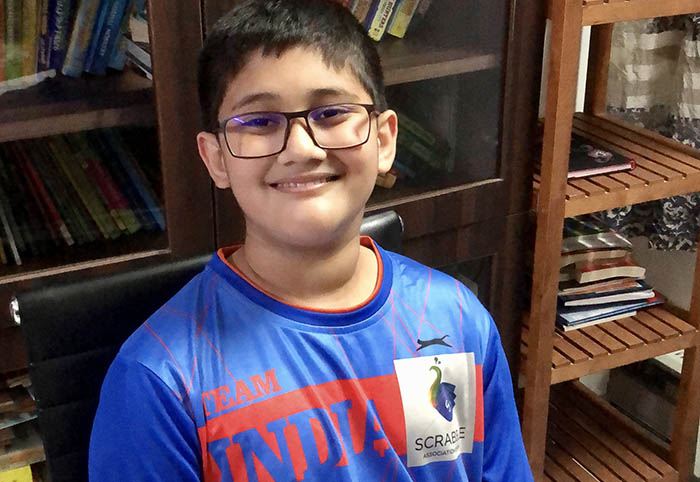 Ten-year-old Madhav Gopal Kamath, a Mangaluru origin boy, has made India proud by securing the second place in the 2021 Scrabble World Youth Cup on Sunday, August 22, 2021. The event, which is normally held in different parts of the world, was this time held online due to the pandemic. Madhav’s second-place finish in the main Under-18 event is the best performance by an Indian scrabble player in the history of the World Youth Cup. The prize comprises a trophy and cash award.

Equally impressive was 12-year-old Suyash Manchali from Bengaluru, a class VII student at MESKKPS, Vidyaranyapura, who finished eighth and was named as the best Under-14 player. This was the first time India had two players in the top ten. The Indian team also received the ‘Spirit of Scrabble’ award for being the team that best played in the true spirit of the game.

Madhav narrowly lost out on the top spot to defending champion 15-year-old Syed Imaad Ali of Pakistan. Madhav and Imaad both had nine wins from 13 games, but Imaad won the title due to a better spread (difference between his scores and opponent’s scores). The annual global event is organised by World English-Language Scrabble Players Association (WESPA) and was hosted this year by Pakistan Scrabble Association. India's participation in the tournament was coordinated by the Scrabble Association of India.

Madhav, who is a class VI student at Sanskriti School, New Delhi, is the second son of Sudhir Kamath and Malavika P. His father Mangalore born Sudhir Kamath is the CEO and Co-founder of 9stacks, India’s fastest growing online poker platform. His grandmother, Surathkal Gowri Kamath was earlier a resident of Pound Garden, Kadri, Mangalore.

Madhav started playing scrabble when he was six. He has previously won the Under-8, Under-10, and Under-12 works titles held in Malaysia 2017, Dubai 2018 and Kaula Lampur 2019 respectively. This year, apart from runner up (2nd rank) in the main Under-18 event, he has won the Under-12 too. He has participated and won prizes in adult tournaments too, including top five finishes in two national level tournaments for adults.

2021 Scrabble World Youth Cup tournament featured the top 72 Scrabble players aged under 18 from 14 countries, including India, Pakistan, Sri Lanka, Thailand, Malaysia, Canada, Australia, Nigeria, UK and the USA. Each of the players first played 36 games in a hard-fought preliminary round held over two weekends from 7th to 15th August. The top ten players from the group stage proceeded to the final round on 21st and 22nd August and played a further 13 games each. The tournament was played online, with strict monitoring protocols in place to prevent unfair play, with the players being observed constantly.

India’s competitive Scrabble circuit has seen an upswing in recent years, with India-born Akshay Bhandarkar winning the world title a few years back, and Indians consistently ranking in the top 50 in the World Championships for adults and amongst the top 20 in the Youth Championships. The recent lockdown has given a further push to online Scrabble, and many talented youngsters have taken to the game in a big way. With both Madhav and Suyash being under 12, they have many more years to participate in the Under-18 Championships, said a media release by Scrabble Association of India. 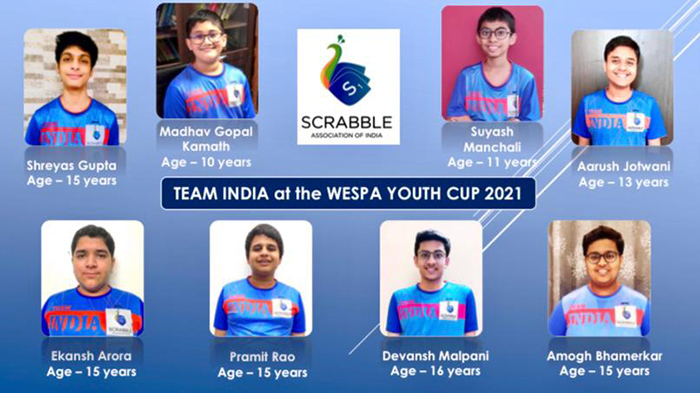 Family members of an NRI from Karnataka, who was found dead in hanging condition at his residence in Riyadh, the capital city of Kingdom of Saudi Arabia last month, have suspected foul play in the death.

The mortal remains of Basavaraja Navi, 35, who originally hails from Sindhagi in Karnataka, was already airlifted to India with good help and support of the Indian Embassy in Riyadh. He had been working as a labourer for over two years in the kingdom. He was found dead on August 12 as reported by the Indian Embassy.

The case was registered at the local jurisdictional police station in Riyadh. After a preliminary investigation and completion of all the legal formalities and procedures, the dead body was repatriated to Bengaluru and shifted to his hometown Malagan.

However, his family came forward raising a strong doubt over the cause of his death. They claim that it's not a case of suicide, but of a murder. They put forth their claims in defense saying that: 1) "We saw a mass of bruises and contusions all over the body when the body was lifted for the last funeral rites", 2) they also assert that the deceased didn't have any debt or loan either in the KSA or at his hometown owed to anybody that could lead him to take this extreme step, 3) he was in very good terms regularly keeping contacts with his family, parents and other blood relatives without any tensions and mental agony.

These three main factors his family raised show that it's not a case of natural death or suicide, but a case of murder as they believe.

The deceased’s family appealed both Karnataka state and central govt and other concerned authorities to investigate into this case and dispense justice.

Riyadh-based Udupi lawyer and social worker, Adv. P.A. Hameed Padubidri, who works for a Defense company in Riyadh and has been working for the various social and humanitarian causes of the NRIs in general and Kannadigas in particular in the KSA for the past 17  years, also pleaded both State and Central Governments and Indian Mission in Riyadh to consider the family's above claim is true to the fact & to look into this case thoroughly.

He further advises that, for the local enquiry purpose, a team should be formed headed by the concerned Taluk Tahsildar to investigate their assertion and to provide justice justly.

Since the deceased's family hails from a poor background & the widow with three children are facing a acute financial problem with the loss of their main bread-earner, the bereaved family should also be given proper compensation & equity from the CM's emergency fund, district administration emergency fund & also the Mission's ICWF.

Mangaluru: A case has been registered against a non-resident Indian by the Dakshina Kannada district police for allegedly raping and impregnating a minor girl in Bantwal Rural police station limits.

The accused in currently working abroad. The incident came to light when a pregnant minor came to a private hospital at BC Road, after experiencing labour pain on August 1.

When asked for details, while being admitted to the hospital, she and her family members failed to give a proper reply.

The hospital staff later informed the police. During age verification, she was found to be a minor. The survivor delivered a baby boy.

Police, while investigating the matter, learnt that the minor was befriended by an accused identified as Masook, a resident of Uppinangady through social media.

He raped the survivor at her home, after which the accused went abroad, and the survivor lost contact with him, as her mobile phone got damaged. The case was registered at the Bantwal Rural police station on Sunday.

Mangaluru, Sept 13: A 30-year old man was arrested on charges of sexually harassing a five-year old girl near Natekal in Konaje police station limits in Mangaluru.

The accused has been identified as Arif Pasha, a daily wage worker hailing from Kalasipalya in Bengaluru. He is charged under the POCSO Act, police sources said.

The man allegedly lured the child to an isolated area under the pretext of giving her snacks on Sunday. But the girl ran out of fear from the place and cried for help. Hearing the cries, one of the passers-by reached her and got to know the reason.

The man, with the help of local people, later caught the accused from the area and handed him over to police, sources said.