Recently after Saudi Arabia opened its border and airspace for travelers returning back to KSA. Many Indians including people from Karnataka were returning back to KSA via Dubai, Bahrain and other GCC countries with majority travelling via UAE, the sudden entry ban to KSA has put the travelers in trouble who were in UAE and other countries undergoing mandatory quarantine before travelling to KSA.

Many of stuck Indians are the ones who are returning back to KSA after months of unemployment and are working on minimum wages, they are not able to afford the additional stay in UAE due to expenses like food, accommodation etc., hence Indian Social Forum has urged Ministry of external affairs, Karnataka state government, Indian Embassies to look into this matter with utmost priority and make required arrangements to Indian community stuck in UAE until travel ban is lifted. 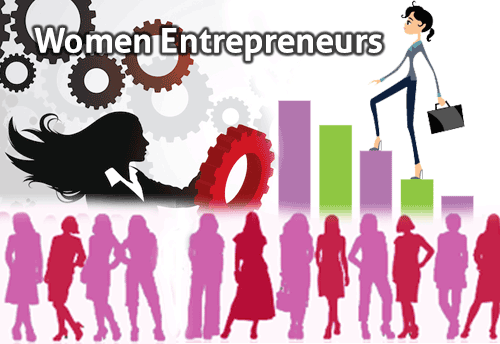 Bangaluru, Nov 18: In a bid to encourage women to take up entrepreneurship, the Karnataka government will soon set up exclusive industrial parks dedicated to them in Mysuru, Dharwad, Harohalli and Kalaburagi, Large and Medium Industries Minister Murugesh Nirani announced here on Thursday.

UBUNTU is a Consortium of Women Entrepreneurs Associations. Over 30 women entrepreneurs associations and 1,500 members function under a single platform.

Explaining the various government initiatives, Nirani urged budding women entrepreneurs to make use of those schemes.

"Karnataka is the first state in India to set up exclusive industrial parks dedicated to women in Mysuru, Dharwad, Kalaburagi and Harohalli. The purpose will be served if women entrepreneurs take advantage of this initiative. Women should join hands with the government in driving industrial growth by taking up entrepreneurship and providing jobs," Nirani urged.

Lauding the achievements of women in every sector, the minister wanted women entrepreneurs to create jobs. "Women are shining in every field in this competitive world. Empowerment of women will become more meaningful when women become entrepreneurs and provide jobs to others. Successful women entrepreneurs like Sudha Narayana Murthy of Infosys, Kiran Mazumdar Shaw of Biocon have become role models and their success stories should become a source of inspiration for budding women entrepreneurs," Nirani opined.

The minister said government, through various initiatives has been encouraging women entrepreneurs to unlock their potential to generate unlimited profit and create jobs. 'Udyami Aagu, Udyoga Needu' programme in Bengaluru was a grand success and it will be conducted in other districts in the coming days, Nirani informed.

He lauded UBUNTU for supporting and guiding women entrepreneurs and promised to extend government's cooperation and support in their endeavours.

"Amendment to the Factories Act, 1948 allows women to work in the night shift between 7 p.m. to 6 a.m. Additional incentives are proposed to special category entrepreneurs such as SC/ ST women under new industrial policy," Nirani informed.

Mangaluru, Nov 22: Social Democratic Party of India has field a candidate in the ensuing elections to the Legislative Council from the local bodies constituency of Dakshina Kannada and Udupi.

SDPI state president Abdul Majeed today announced that Shafi Bellare would contest the December 10 polls on behalf of the party.