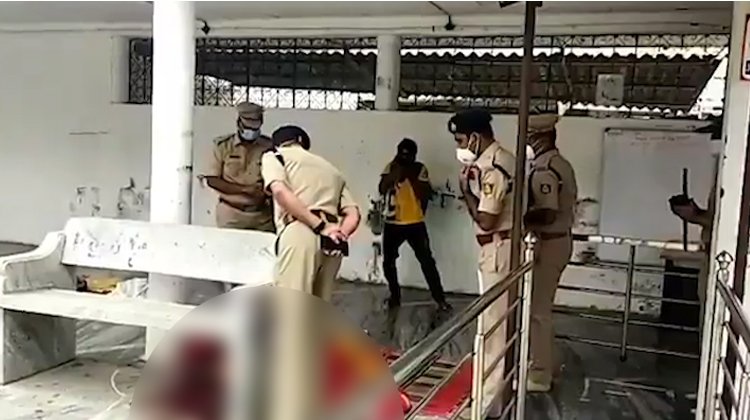 Mandya, Sept 14: Five people have been arrested in connection with the murder of three temple priests in Mandya after a brief encounter in the wee hours of Monday, police said. "We have arrested five people while four others are absconding. In all, there are nine people involved in this case," Mandya Superintendent of Police Parashurama K told media persons.

He said eight of them hailed from Mandya and Ramanagara districts while one was from Chittoor in Andhra Pradesh. The nine had brutally murdered three temple priests- Anand, Ganesh and Prakash- in their sleep inside the Arkeshwara Temple in Mandya town on the night of September 10. The priests were also the security guards of the temple, police sources said.

After killing them, the robbers had decamped with the currency notes in the donation box and did not take the coins. Police launched a massive manhunt for the accused and got information that some people were moving around in a suspicious manner at a bus stand in Maddur Taluk in Mandya district. When the police surrounded them and asked them to surrender, they tried to escape after attacking the policemen with sharp-edged weapons and injured an inspector, police sources said.

Police are verifying their involvement in other crimes. It is suspected that they had robbed another temple in the town.

Paramilitary force to be deployed for R R Nagara bypolls

Bengaluru, Oct 23: Paramilitary forces arrived in the city on Friday and it will be deployed in sensitive areas during the by-election to Rajarajeshwari Nagar Assembly constituency scheduled for November 3.

"The Central paramilitary forces have arrived in the city. One is from Bengaluru, another being grouped from Tamil Nadu, Telangana and Mysuru," Bengaluru Deputy Commissioner of Police (West division) Sajeev M Patil said.

He said the Central Industrial Security Force contingent is also being deployed in the west division.

The battle in the RR Nagar constituency has intensified with candidates and political parties trading allegations of poll code violations on each other.

The BJP has fielded Munirathna, a Congress turncoat, while H Kusuma, wife of IAS officer late Ravi is contesting from Congress and V Krishnamurthy is the JDS candidate.

Encouraging trends emerge in Karnataka in fight against covid-19 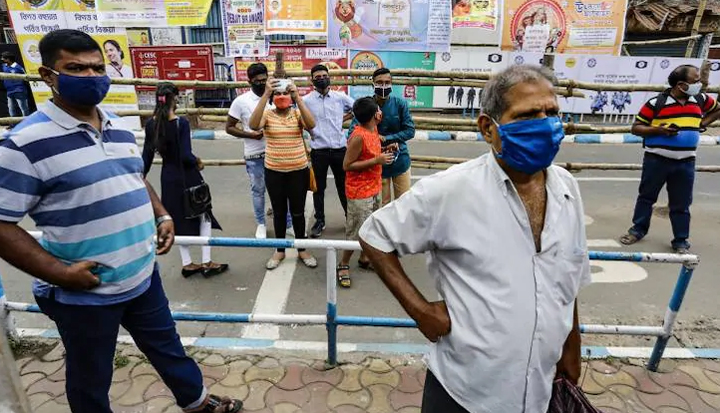 The steep decline in the number of coronavirus cases and deaths in Karnataka indicate that the infections are shifting from high population density areas to other places, a noted epidemiologist said.

After clocking up to 10,000 cases daily for over a week early this month with fatalities even touching 200 on certain occasions, the caseload has come down to about 5,000 to 6,000 in the last week.

The fatalities too have dipped from three digits to two digits.

According to epidemiologist Giridhara R Babu, the fall in the number of cases and deaths due to coronavirus is quite evident and an encouraging trend.

Some experts, however, attribute the drop in daily cases to the high testing rates and early detection of infections.

"This reduction indicates that the coronavirus infection is shifting from high population density areas to other areas," Babu, an epidemiologist at the Indian Institute of Science and a member of the Covid-19 technical advisory group for the Karnataka government, told PTI.

He explained in the other areas, higher population density may not be there.

"So, therefore, it might be in alignment with what's happening in the country. So, let us wait and watch," he said.

However, chief of the Karnataka Covid-19 War Room, Munish Moudgil attributed the high testing rate to the slump in the number of new infections.

In general, the cases are coming down as the infection is coming under control, Moudgil said.

He said holidays too have seen reduction in cases.

"But the general reduction trend is correct and proves the success of the Karnataka model of high testing leading to control of the disease," he added.

According to a health official, Karnataka has started conducting tests extensively and opened sample collection centres at crowded places in urban areas.

It is a common sight to see people sporting PPE kits under a makeshift canopy in Bengaluru at crowded places such as KR Market, Kalasipalya, Majestic, Gandhi Bazaar, Kumaraswamy Layout, Banashankari, BDA complexes, near shopping malls and bus stands, he said.

"We are taking the coronavirus head on. Instead of collecting samples at the designated places with unprecedented precautions, we have opened camps at every nook and cranny in urban areas and other crowded places," the official added.

According to him, health workers have turned into corona warriors in the true sense.

Karnataka govt to focus on 5 key sectors for job creation 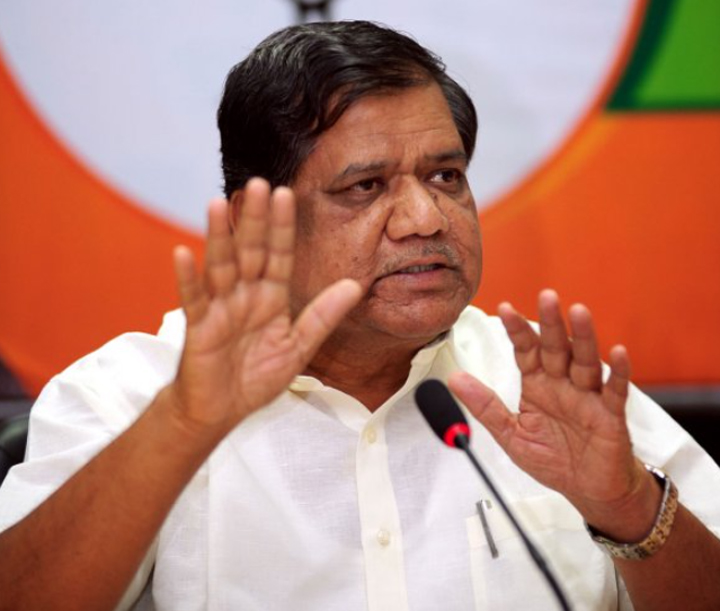 Bengaluru, Oct 23: With a view to increasing its share in the country’s digital economy, Karnataka would focus on 5 key sectors for job creation and ease of doing business,” state Industries Minister Jagadish Shettar said on Thursday.

“We are focusing on 5 key sectors — artificial intelligence (AI), aerospace, automobiles, biotechnology and Internet of Things (IoT) to attract investments from the world over and generate about 70,000 jobs across the state,” said Shettar at the 7th national forum of the Public Affairs Forum of India (PAFI) in the virtual meet.

The New Delhi-based forum is a platform for corporate and public affairs practitioners and has members from large and medium firms from across the country, including Indian and overseas firms.

“The state government is skilling its workforce so that the industry can hire them for commencing operations at the earliest,” said Karnataka Chief Minister B.S. Yedyiurappa on the occasion.

Asserting that the state government was taking measures to sustain the economic growth amid the Covid pandemic, Shettar said Karnataka was the hub of IT services in line with its newly introduced IT policy for 2020-25.

“We are focussing on the new Industrial policy and the Industrial Facilitation Act to ensure investors implement their projects at the earliest,” said Shettar on the occasion.

The southern state has attracted investment proposals valued at Rs 1.38 lakh crore in 2020, the minister claimed.

“Our new industrial policy aims to create about 20 lakh jobs in diverse sectors spanning manufacturing and services over the next 5 years,” said Shettar.

State industry secretary Gaurav Gupta said the state government helped the industry to revive growth after the Covid-induced lockdown was lifted gradually since May.

“The pandemic has taught us the importance of building a strong value chain. We offer supply chains to industries, de-risk their operations and strengthen the local ecosystem for sustainable solutions,” said Gupta.

US-India Chamber of Commerce president Nisha Biswal said Karnataka was a harbinger of opportunity India seeks to capitalise on, post-pandemic, in the knowledge economy or the service sector.