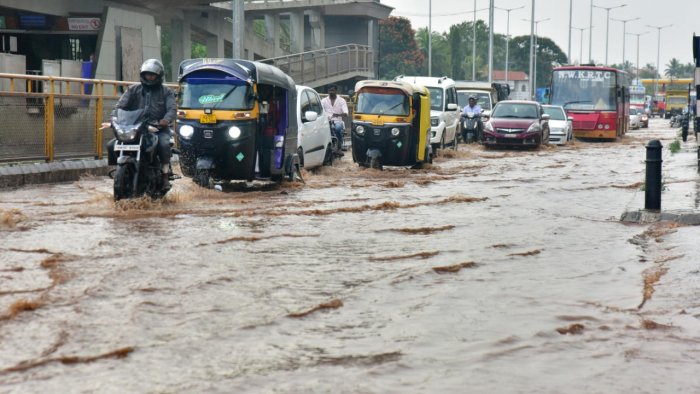 At least two farmers were killed in lightning strikes and ready-to-harvest sugarcane and other crops worth lakhs of rupees were damaged as thundershowers continued to lash parts of Karnataka including Hubballi-Dharwad, Belagavi and Bagalkot.

A very heavy downpour in Devanahalli led to unprecedented water-logging in parts of the kerb side of the Kempegowda International Airport in Bengaluru last evening.

The airport police and the teams attached to the Bangalore International Airport Limited (BIAL) had a tough time diverting the vehicles and making alternative arrangements. “Our team was immediately pressed into action and the issue has been resolved,” a BIAL spokesperson said. However, heavy rains continued to lash the area. Around a dozen departing flights were delayed due to the adverse weather conditions till 10 p.m. last night.

A 48-year-old farmer was struck dead in a lightning strike while working at his farm at Saidapur in Annigeri taluk of Dharwad district. Deceased has been identified as Sangappa Warad, a native of the village.

In another incident, Mahesh Dyamanna Jhunjungoudar (18) was killed in a lighting strike at Mushtigeri village near Kerur of Bagalkot district.

Sharp spells of rain in the afternoon left many roads and residential areas in the twin cities of Hubballi-Dharwad waterlogged.

Good inflows have swelled the water level in Tungabhadra reservoir near Hosapete. On Monday, the inflow to TB dam clocked 30,000 cusec.

Locals came to the rescue of a tourist who got stuck in the middle of a submerged bridge at Mahalgod near Balehonnur as parts of Chikkamagaluru district experienced downpour. Incessant rain the region has swelled the water level in Bhadra river. 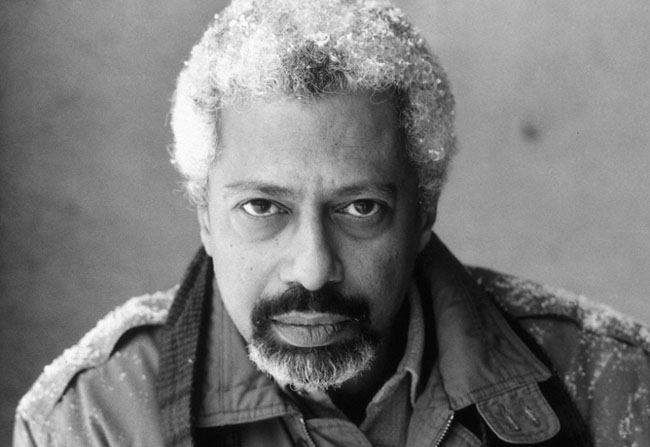 Abdulrazak Gurnah was awarded the 2021 Nobel Prize for Literature on Thursday “for his uncompromising and compassionate penetration of the effects of colonialism and the fate of the refugee in the gulf between cultures and continents.”

Glück was a popular choice after several years of controversy.

In 2018 the award was postponed after sex abuse allegations rocked the Swedish Academy, the secretive body that chooses the winners.

The awarding of the 2019 prize to Austrian writer Peter Handke caused protests because of his strong support for the Serbs during the 1990s Balkan wars.

The prestigious award comes with a gold medal and 10 million Swedish kronor (over $1.14 million). The prize money comes from a bequest left by the prize's creator, Swedish inventor Alfred Nobel, who died in 1895.

On Monday, the Nobel Committee awarded the prize in physiology or medicine to Americans David Julius and Ardem Patapoutian for their discoveries into how the human body perceives temperature and touch.

The outages on Monday at Facebook, WhatsApp and Instagram occurred because of a problem in the company’s domain name system, a relatively unknown -- at least to the masses -- but crucial component of the internet.

Commonly known as DNS, it’s like a phone book for the internet. It’s the tool that converts a web domain, like Facebook.com, into the actual internet protocol, or IP, address where the site resides. Think of Facebook.com as the person one might look up in the white pages, and the IP address as the physical address they’ll find.

On Monday, a technical problem related to Facebook’s DNS records caused outages. When a DNS error occurs, that makes turning Facebook.com into a user’s profile page impossible. That’s apparently what happened inside Facebook -- but at a scale that’s temporarily crippled the entire Facebook ecosystem.

Not only are Facebook’s primary platforms down, but so too are some of their internal applications, including the company’s own email system. Users on Twitter and Reddit also indicate that employees at the company’s Menlo Park, California, campus were unable to access offices and conference rooms that required a security badge. That could happen if the system that grants access is also connected to the same domain  -- Facebook.com.

The problem at Facebook Inc. appears to have its origins in the Border Gateway Protocol, or BGP. If DNS is the internet’s phone book, BGP is its postal service. When a user enters data in the internet, BGP determines the best available paths that data could travel.

Minutes before Facebook’s platforms stopped loading, public records show that a large number of changes were made to Facebook’s BGP routes, according to Cloudflare Inc.’s chief technology officer, John Graham-Cumming, in a Tweet.

While the BGP snafu may explain why Facebook’s DNS has failed, the company hasn’t yet commented on why the BGP routes were withdrawn early on Oct. 4.