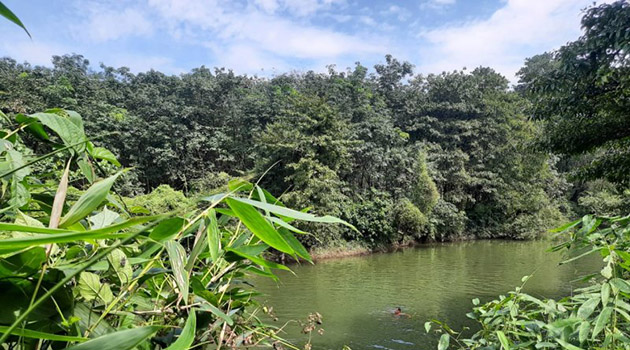 The deceased have been identified as Sudarshan (16), Kiran (16) and Sonit (17). They were the students of government pre-university college, Hiriyadka.

The tragedy occurred when the trio had ventured into to rivulet to learn swimming.

The bodies were recovered from the rivulet with the help of locals.

Just came to know about Dr.
Love his work n what he tells us.
We need u.
Speed recovery. 🙏💕

New Delhi, Jan 21: India added 3,47,254 new coronavirus infections taking the total tally of Covid-19 cases to 3,85,66,027 which includes 9,692 cases of the Omicron variant, according to the Union Health Ministry data updated on Friday.

The nation's Covid-19 toll also saw a sharp jump as 703 deaths were reported in the last 24 hours.

There has been a 4.36 per cent increase in Omicron cases since Thursday, the ministry said.

The active cases comprise 5.23 per cent of the total infections, while the national Covid-19 recovery rate has decreased to 93.50 per cent, the ministry said.

Meanwhile, the Union Health Ministry on Thursday asked 6.5 crore Indians who missed their second dose of the Covid-19 vaccine to come forward for the shot with top health officials claiming a significant drop in Covid mortality in the third wave as against the second surge due to protection offered by the vaccine.

The number of people who missed their second doses was 12 crore at one point of time but the number came down to 6.5 crore partially vaccinated individuals who didn't turn up despite repeated reminders, said Vinod Paul, NITI Ayog member and the government's principal adviser on Covid-19.