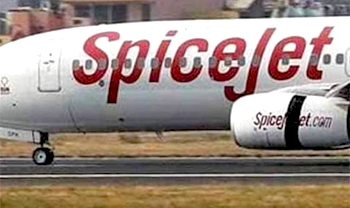 The Directorate General of Civil Aviation (DGCA) suspended the licenses of the pilots for four-and-half months from the date of the incident.

DGCA had issued a show cause notice to the Pilot in Command and the First Officer demanding explanation of the "lapses" and found their replies unsatisfactory, the aviation watchdog said in a statement.

Investigation revealed that the touchdown was improper as it deviated to the the left on the runway in turn damaging three runway edge lights.