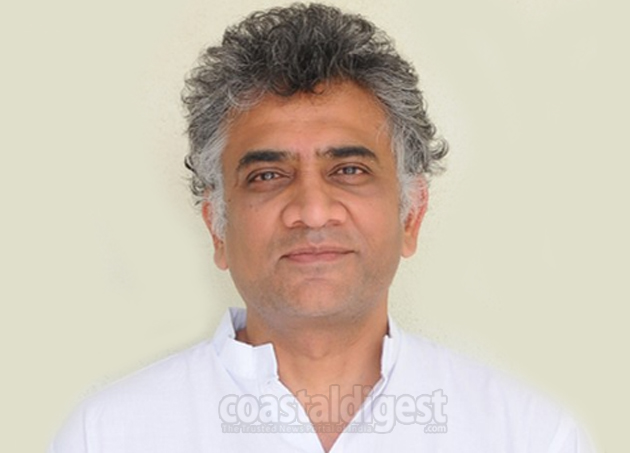 Bengaluru, Jun 5: An FIR has been filed against former journalist and human rights activist Aakar Anil Patel in Bengaluru here over his comments on social media under charges pertaining to provocation with intent to cause riots.

The FIR was registered under Section 117 (abetting commission of an offence by the public or by more than ten persons), 153 (wantonly giving provocation with intent to cause riot), and 505-1-B (intent to cause, or which is likely to cause, fear or alarm to the public, or to any section of the public) of the Indian Penal Code (IPC) at the JC Nagar police station.

According to the FIR filed on June 2, Patel had tweeted that protests like the ones in the US over George Floyd's death are needed in India by the marginalised communities.

Patel, former chief of Amnesty International India, had on May 31 posted from his Twitter account, which is not verified.

On May 25, Floyd died in police custody in Minneapolis, Minnesota, following which protests against police brutality and racism erupted in various cities in the United States. The protests were later replaced by incidents of violence across the country.

India also has witnessed several cases of mob lynchings and custodial deaths in recent years. In most cases victims belong to down trodden communities such as Muslims and Dalits.

Responding to the development, Amnesty International India has said that FIR against Patel is another example of how the right to dissent is being "increasingly" criminalised.

"The Bengaluru police must stop abusing its authority and put an end to the intimidation and harassment of Aakar Patel for exercising his constitutionally guaranteed right to freedom of expression. People of this country have the right to agree or disagree with those in power, and to express these opinions in peaceful protests - without fear or unlawful interference," Amnesty International India Executive Director Avinash Kumar said.

He said that peacefully protesting against the government is not a crime and added that not agreeing with the policies of those in power does not make you a traitor.