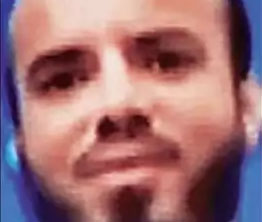 Bhatkal, Oct 7: The Pakistani wife of a youth from Karnataka’s Bhatkal, who is now in jail on terror charges, has been deported by the Indian authorities.

Arsala Abeer, 32, wife of Syed Ismail Afaq Lanka had crossed the one-month deadline that the Union home ministry had set for her to return to her home country.

In fact Arsala’s grandparents were Indians and they had migrated to Pakistan during Partition.

She was handed the cut-off date after the ministry of external affairs rejected her visa renewal application in August. A senior police officer handling Afaq’s case said Arsala periodically renewed her two-year visa after she married Afaq in 2006 and settled in Bhatkal.

“The Union home ministry issued her a notice in August, seeking an explanation on why her visa should not be cancelled,” he said.

“On expiration of her visa, the ministry later informed her that if she did not leave the country of her own volition, she would be deported.”

“We sent her back to Pakistan on a flight via Mumbai and Sharjah,” the officer said.

“She made a final appeal to the home ministry last month, asking that she be allowed to stay on in India,” an Uttara Kannada police officer said.

“Arsala said she and Afaq have three children, a 10-year-old daughter and two younger sons, who would be orphaned if she were to be deported, because her husband is in jail.”

Police had in 2015 arrested 40-year-old Afaq, a homeopathy doctor from Bhatkal, a port town in Uttara Kannada, on the suspicion of being an operative of Indian Mujahideen.