Bengaluru, May 15: Senior Bharatiya Janata Party (BJP) leader and former minister Govinda Karajol has charged that former chief minister Siddaramaiah, who is also the Co-ordination committee chairman of the JD(S)-Congress coalition government was promoting Land Mafia in the state. 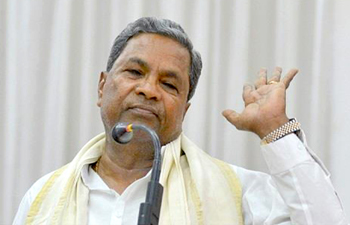 Addressing a press conference here on Wednesday, the BJP leader accused that Siddaramaiah, claiming himself as a OBC leader is ostensibly supporting the Land sharks in and around Bengaluru and should not be compared him with the former Chief minister D Devaraj Urs, a messiah of the Backward Classes people in Karnataka.