The States were specifically advised to ensure facility wise/hospital wise oxygen inventory management and advance planning for timely replenishment so that there are no stockout and to ensure that no restriction is imposed on the movement of Medical Oxygen between States and UTs.

They were requested to ensure Provision of "Green Corridor" for Liquid Medical Oxygen (LMO) Tankers within the cities.

"Hospitals and institutions have long term tender/ contract agreement for supply of Oxygen with oxygen manufacturers, which need to be honoured. Hence, States must not impose restrictions on free movement of Oxygen," the statement read.

These seven states were told to improve power supply infrastructure and ensure uninterrupted supply to Oxygen Manufacturing Units and to ensure proper disinfection of Oxygen cylinders as per protocols while sending cylinders to fillers of Oxygen.

"Effective coordination with steel plants for Oxygen procurement since steel plants provide approx. 550 MT per day oxygen in addition to oxygen manufacturers who provide 6400 MT per day should be maintained," it stated. 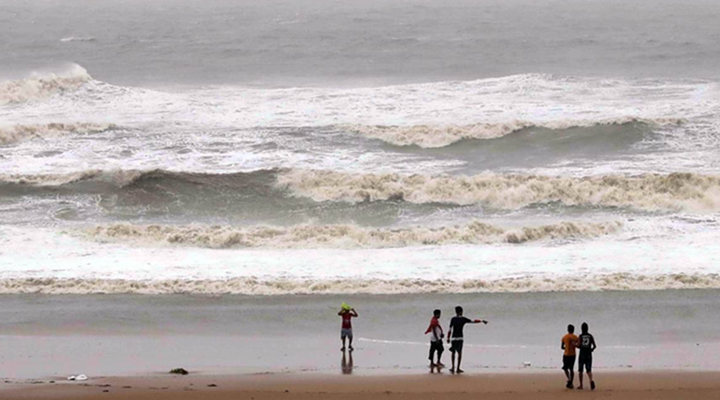 Fishermen are advised not to venture into these sea areas.

Southwest monsoon has been active over madhya Maharashtra whereas it has subdued over West Bengal, Sikkim, Jharkhand, Bihar, east Uttar Pradesh and Madhya Pradesh, Konkan, Goa, Rayalaseema and Kerala.

In the regions from where the monsoon has withdrawn, day temperatures were above normal in some parts of Punjab, Uttarakhand and west Uttar Pradesh.

The highest maximum temperature recorded was 37.5 degrees Celsius at Ganganagar in west Rajasthan.

Night temperatures were below normal in remaining parts of west Uttar Pradesh. The lowest minimum temperature recorded was 12.7 degrees Celsius at Hisar in Haryana.

Rain or thundershowers occurred at many places in Nagaland, Manipur, Mizoram, Tripura, madhya Maharashtra, and Andaman and Nicobar Islands. 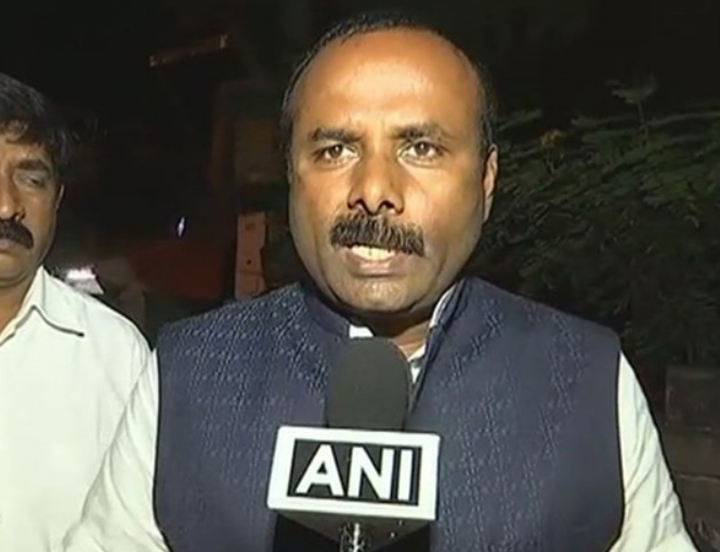 Bengaluru, Oct 31: Former mayor and Congress leader Sampath Raj went missing from Friday night after authorities at the hospital, where he was admitted for COVID-19 treatment in the city allegedly discharged him without informing the police, informed police officials on Saturday.

Sampath Raj is an accused in the case related to the recent mob violence in the city.

Sandeep Patil, Joint Commissioner, City Crime Branch (CCB) and Assistant Commissioner of Police (ACP) Venugopal who is also Information Officer (IO) for the case had given written notice to the hospital on October 7 to provide them with information about Raj's discharge.

However, the hospital discharged Raj without giving any intimation. Today, the ACP visited the hospital and gave another notice to the hospital authorities, seeking details of the matter. 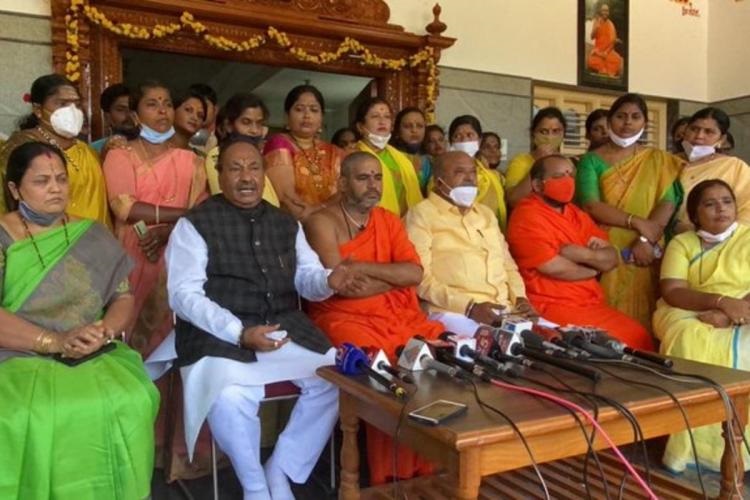 Bengaluru, Oct 25: Karnataka's third-biggest community Kuruba (shepherds) will organise a padayatra from Kaaginele in Haveri district to Bengaluru, with the demand to include their community in the list of Schedule Tribe castes. The march will be led under the joint leadership of Kuruba community seer Kaginele Niranjananadapuri Swamiji and Karnataka Rural Development and Panchayat Raj Minister KS Eshwarappa.

In a press conference on Saturday, Eshwarappa said that the padayatra of Kurubas will commence from Kaaginele to Bengaluru from January 5, 2021. "This is an apolitical movement. This is nothing to do with any party in power in Karnataka or elsewhere. This is the community's work. Therefore, we all join hands with our community seer," he said.

The seer, Niranjananadapuri Swamiji, stated that prior to organising the padayatra, the community will organise four massive conventions across the state. "The first convention will be the women's convention and this will be organised on November 8 in Kaaginele at Haveri,” said the Minister.

One of the biggest conventions will be held in Bengaluru palace on February 7, to demand that the community be included in the list of ST castes. It is expected to have the participation of 10 lakh people.

Notably, Kaginele Kanaka Guru Peetha is the main matha (monastery) of the Kuruba community and is the spiritual and cultural centre of this community. The Kurubas subscribe to the teachings of Kanakadasa, a renowned composer of Carnatic music, poet, philosopher, saint and a musician. He is known for his keertanas and ugabhoga, compositions in the Kannada language for Carnatic music. Like other Haridasas, he used simple Kannada language and native metrical forms for his compositions.