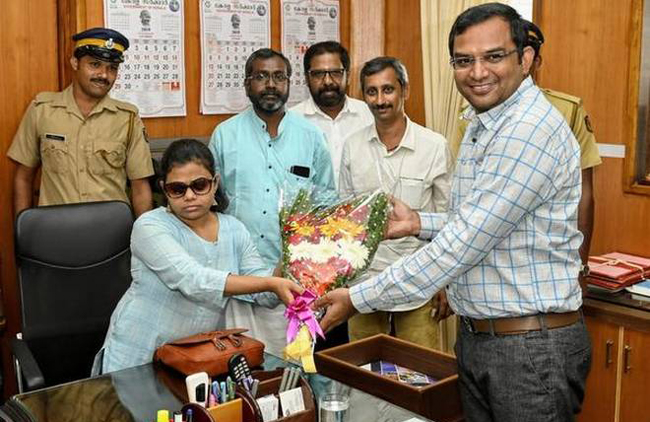 Hailing from Maharashtra, she was the first visually challenged IAS official appointed in Kerala cadre. Pranjal Patil cracked the UPSC exams in the second attempt and stood 124th in the country. Later, she was appointed as the Assistant Collector at Ernakulam District on May 28 this year.

The woman officer was received at the collectorate here by officials including Senior Superintendent of RDO office, TS Anil Kumar.