Udupi, Jan 15: Even amidst the COVID scare hundreds of devotees thronged to pull and witness the three Chariot Car Festival celebrated in a grand manner in this temple town on Thursday night on the occasion of the 'Makar Sankranti', the year's first festival, officials reported on Friday.

As part of the festivities Theppotsava was also held wherein the Utsava Murthis of Lord Krishna, Mukhyaprana and Anantheshwara were taken around the 'Madhwa Sarovara'. The idols of Lord Anantheshwara and Chandramauleeshwara were then placed on the chariot and pooja was offered. The chariots were pulled around Carstreet by the devotees.

The accused was arrested on February 24; and was facing charges of duping several people by luring them to allot a site in Bengaluru. The court had granted police custody on February 25.

The deceased was identified as Siddalingaswamy, who was a resident of Hanumantha Nagar, according to the police. An investigating officer told IANS that the deceased had led a life of government official for the last several decades; his wife and daughter had believed his facade as well the police noted.

The police officials said, “He used to wait in BDA premises hunting for gullible investors. While posing to be a BDA official, he gathered information about the investors and collected money from them in lieu of allotment of a new site or exchanging site of BDA layouts.”

The police officer added his cover was blown when the Hanumantha Nagar police received a complaint against him about ten days ago.

The police said that he was taken to his flat to conduct a detailed search. At home, he died by suicide. He was taken to a hospital, where he was pronounced dead on arrival, the police added.

The police recovered fake letterheads, stamp papers, seals and other materials that are needed to allot BDA sites. Since then, a case has been registered and an investigation is underway. 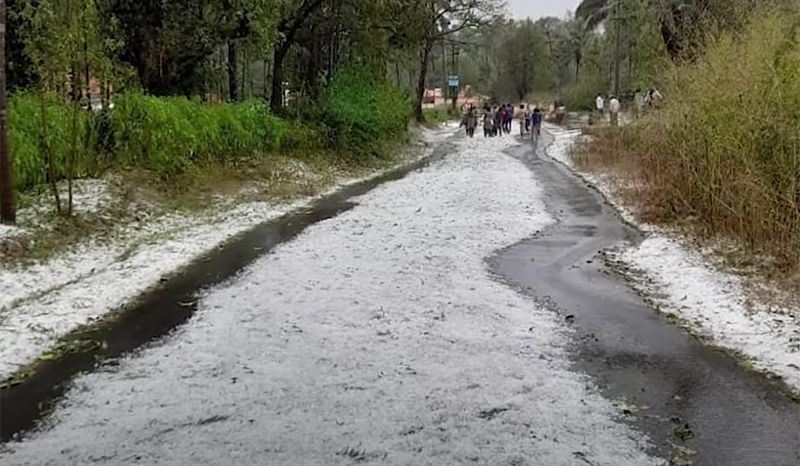 The hailstones has created fear among the farmers in the region.

Though exact data of loss of crops is not yet available, as per farmers crops that are nearing the harvesting season, seem to have suffered a major blow in some parts.

Heaps of hailstones were found on the roads, coffee estates, roof of the houses, arecanut and coconut plantations at Mullooru, Nidta, Ankanahalli, Gudugalale and other areas. 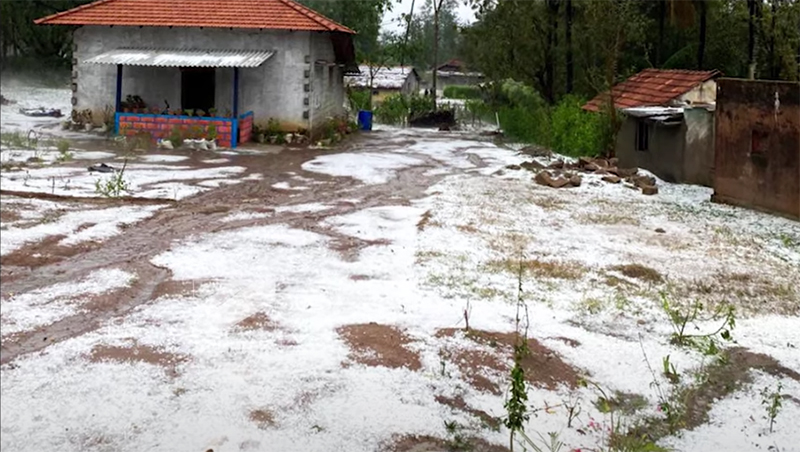 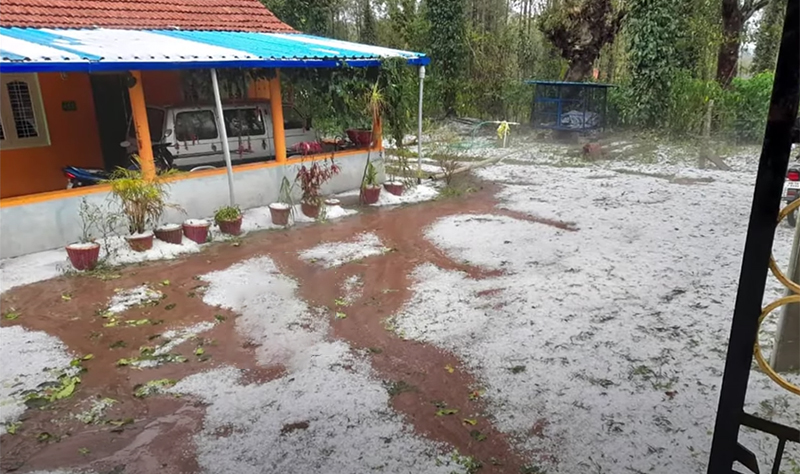