Dharwad, Jan 15: At least 11 people, mostly women, were killed after a minibus in which they were travelling met with an accident in Dharwad district of Karnataka on Friday morning.

A group of 16 women from Davangere, who were members of the Ladies Club, were travelling to Goa for a vacation, when the incident occurred.

The Dharwad Rural Police said that the women had decided to visit the residence of their friend in Dharwad for breakfast and had decided to take a detour.

The minibus was crossing the Hubbali-Dharwad bypass, when it collided into the tipper truck which was coming from opposite direction as there was not enough room on the road to maneuver, Dharwad Sub-urban Police Inspector Yaligar said.

Among the deceased include Preethi Ravikumar, the daughter-in-law of a former BJP MLA from Davangere’s Jagalur, Guru Siddanagouda. The other victims are Asha, Meerabai, Paranjyoti, Rajeshwari, Shakuntala, Usha, Veda, Veena, Manjula, Nirmala, Rajaneesh and Swati.

The injured were shifted to KIMS Hospital and several of them were said to be critical.

The 32-km Hubballi-Dharwad bypass is a single lane located along NH 48 between Bengaluru and Pune. Inspector Yaligar said that the residents of Dharwad had been complaining of the bypass being dangerous as the stretch is narrow and that it was not being used as a one-way.

He said that the road widening work had been delayed for the last few months due to differences between the contractors and the government. “An accident case has been registered. We are still investigating the case,” he added.

In a tweet, PM Narendra Modi said he is saddened by the loss of lives in the road mishap.

"Saddened by the loss of lives due to a road accident in Karnataka's Dharwad district. In this sad hour, my thoughts are with the bereaved families. I pray for a quick recovery of those injured," PM Modi tweeted. 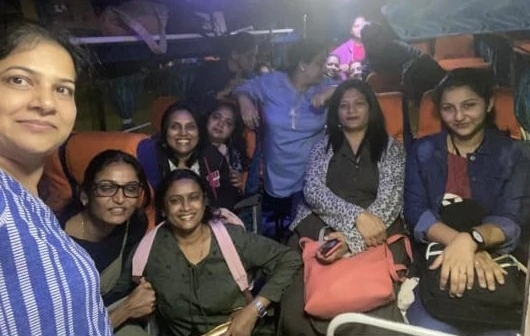 Vijayanagar, Feb 27: A 48-year-old advocate who was also a Congress leader has been murdered in the premises of Civil and JMFC Court here on Saturday over family dispute.

The man has been identified as Tarihalli Venkatesh. His relative Manoj hit with him machete in the neck while Venkatesh was working in the court premises and died instantaneously.

Fear gripped the court premises due to the incident. The accused has been taken into police custody. 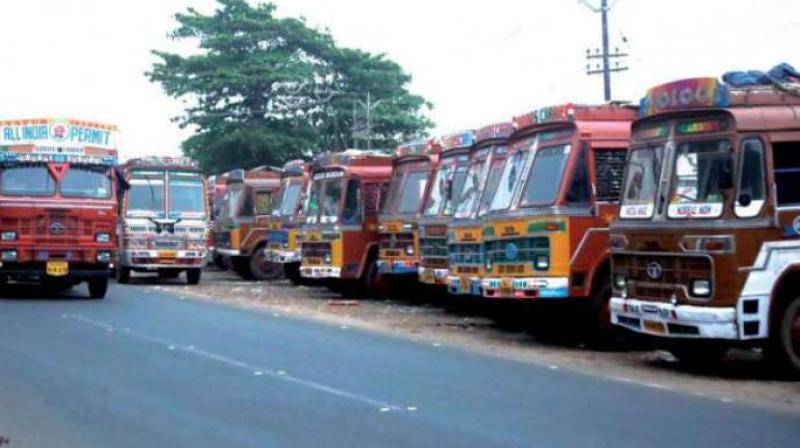 Bengaluru, Feb 26: The day-long strike in support of the Bharat Bandh call given by the CAIT on Friday in protest against the rising fuel prices among others, was largely successful as majority of trucks and goods-carrying vehicles did not ply on highways across the state.

The Karnataka State Lorry Owners and Agents Association (KSLO&AA) came out in full support of the Bharat Bandh-call given by the Confederation of All India Traders (CAIT) to protest against the rising fuel prices, Goods and Services Tax, E-Bill etc.

KSLO&AA President G.R. Shanmugappa said that around 75,000 trucks that operate in Bengaluru — both up and down — were off the roads. “We did not disturb supply of daily essential commodities like milk, medicine and fruits and vegetables, but our strike was largely successful,” he said.

He also told reporters that transporters across the country have been using the latest amendment in the GST laws, which has halved the validity of the E-way bill, a permit associated with the inter-state and intra-state movement of goods, from 100 km per day, to 200 km per day.

“Penalties for a truck carrying a consignment with an expired E-way bill, or with an erroneous E-way bill amount to 200 per cent of the tax value, or 100 percent of the invoice value under Section 129 of CGST Act, 2017,” he explained.
According to him, a lorry owner in the changed tax and fuel regime was forced to shell out around Rs 1,000 extra just to pass from Nelamnagala to Attibele, which is around 35 km.

“This is a classic case how cost has become unmanageable to transporters. Therefore, both union government and state governments need to be more sympathetic towards us and must agree to roll back their back breaking taxes, toll charges and fuel prices,” he appealed.

Speaking on the occasion, he said that to give strength to the Coastal Development Authority (CDA), there is a proposal to convert the Authority into a Board. There are 2.5 crore youths in Karnataka. Efforts will be made to give more budgetary allocations for sports.

MLA D Vedavyasa Kamath said already works worth Rs 4 crore have been taken up under the CDA in Mangaluru. Under the Smart City Mission, Rs 10 crore has been sanctioned for the development of Mangala Stadium, Rs 25 crore for the sports complex and Rs 10 crore for the volleyball stadium in Mangaluru. CDA president Mattaru Rathnakar Hegde said a feasibility report on the development of Athradi-Airport Road has been submitted to the government.

A detailed project report for the development of Fisheries Road from Mangaluru to Karwar at Rs 780 crore has been submitted. About Rs 100 crore has been sought for the Authority in the Budget. Proposals on marine drive, dry fish processing yard, growing pink pepper beside the national highway and development of lighthouse in Kaup, multi-level car parking have been proposed.

Sports kits for sports personnel were distributed on the occasion.