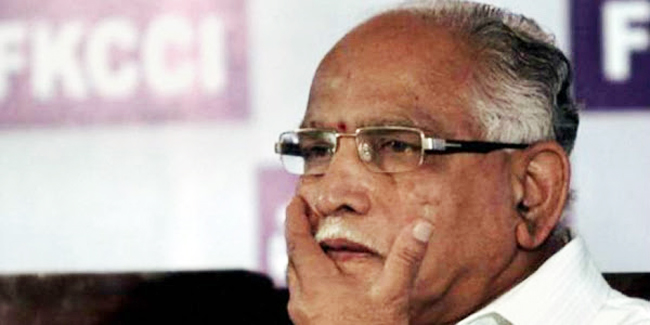 Shivamogga, Apr 16: A mobile squad of the Election Commission, which is keeping close watch on violation of election code, today searched the Helicopter in which the State BJP President B S Yeddyurappa was to fly to Raichur this afternoon for election campaign.

According to official sources, the squad reached the Helipad minutes before Yeddyurappa was to take off and searched the baggage kept in the chopper. As nothing was found during the search the Chopper was allowed to take off.

The entire search operation done by the officials was videographed, the sources said.