Bengaluru, Oct 16: Chief Minister B S Yediyurappa who had repeatedly taken U-turns after promising full farm loan waiver during his previous tenures, has repeated the same this time too. 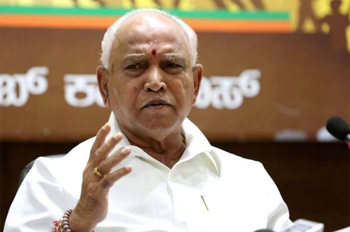 “We will give compensation for crop and houses damaged. But complete loan waiver of farmers is impossible,” the CM told reporters on Wednesday.

"We have enhanced crop and compensation for reconstruction of houses damaged during floods and it is highest in the country," he said.

Funds that had been earmarked for developmental works have been diverted for flood relief works, Yediyurappa stated.

Expansion of the state cabinet will be carried out after the bye-election, he added.

He also clarified that no talks have been held with his counterparts from Maharashtra and Goa regarding implementation of Mahadayi project, but he has spokem to BJP National President and Union Home Minister Amit Shah.