HDK reignites suspicions over death of BSY’s wife, says ‘I had chance to get him arrested’ 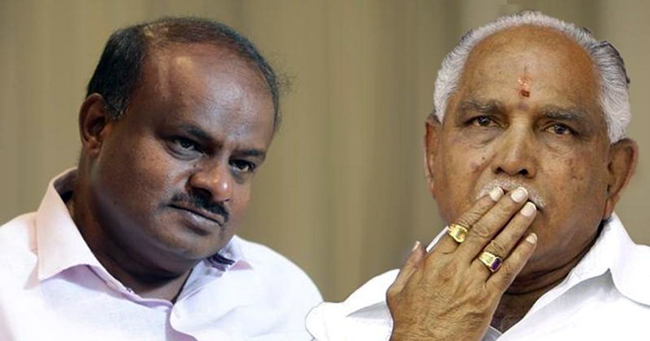 The body of Maitradevi was found in a sump at their house in Shivamogga under suspicious circumstances in 2004.

“How can a person slip in a sump which had just one-foot water and die? Unfortunately, people have accepted it and the person (Yediyurappa) in question has become the saviour of our state,” Kumaraswamy said in his constituency Channapatna on Friday.

Insisting that he does not indulge in vendetta politics, the former CM said he could have sent Yediyurappa to jail by setting up a special investigation team to probe ‘audiogate’, where the BJP leader purportedly tries to purchase MLAs.

Defending Congress leader DK Shivakumar, who was arrested by the Enforcement Directorate, Kumaraswamy quoted newspaper reports and said ED sleuths have wondered how Shivakumar amassed his wealth. “He has been filing tax returns for 20-25 years. Why didn’t I-T officials question his income then? Why now?” he asked.

Kumaraswamy said Shivakumar would not have been in the current predicament had he ordered a probe into alleged corruption in the energy department when Yediyurappa was the chief minister from 2008 to 2010.

HDK reignites suspicions over death of BSY’s wife, says ‘I had chance to get him arrested’