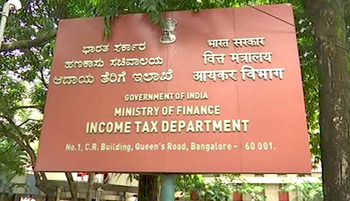 A Mallikarjuna, a resident of Chelur village in Gubbi, Tumakuru district, had filed the PIL, claiming police have not taken any action in the matter despite a complaint to the DG&IG.

Citing several media reports, the petitioner claimed the main motto was to threaten the I-T officials who were on election duty and were unearthing huge amounts of cash and valuables while working as per the directions of Election Commission of India.

However, a division bench headed by acting chief justice L Narayana Swamy rejected the plea while observing that even if the petitioner may have a good case, the same cannot be remedied in a PIL.

The high court has put a rider on issuing permits for new autorickshaws in Bengaluru while hearing a PIL challenging the March 27, 2018 notification increasing the permits in the city from 1,25,000 lakh to 1,55,000 lakh.

While agreeing to hear the PIL after the summer vacation of the court, a division bench headed by acting chief justice L Narayana Swamy said any new permits granted during the interregnum period will be subject to the result of the petition.

According to him, despite increase in noise and air pollution levels in the city, a gazette notification has been issued to enhance the ceiling by 30,000 units.

During the hearing, the government advocate informed the court that they are digitising autorickshaws to check those plying without valid permits.