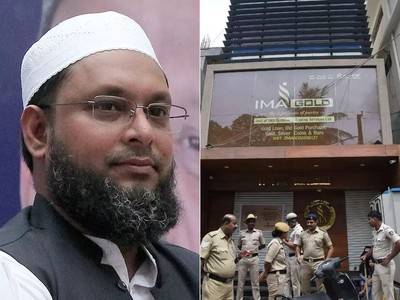 Udupi, Jun 20: Many people from coastal Karnataka too have reportedly invested in the I Monetary Advisory (IMA), an alleged Ponzi scheme, whose owner is currently absconding. A woman in Udupi has already filed a complaint with cyber police claiming that that she invested Rs 50,000 and got duped by the Ponzi scheme.

Police said that complainant S K Nahida, 30, wife of Ismaeel, a resident of Gujjarbettu in Malpe police station limits, had invested about Rs 50,000 in two parts.

She had used NEFT to transfer money to the IMA account, and was promised of getting 3.5 per cent interest rate on her investment per month.

According to the victim, she learnt about the scheme from one of her friends from Mangaluru, and invested the same in December 2018. After a month, her account was credited with Rs 1,250 and Rs 1,278. However, after that, no more money was credited to her account.