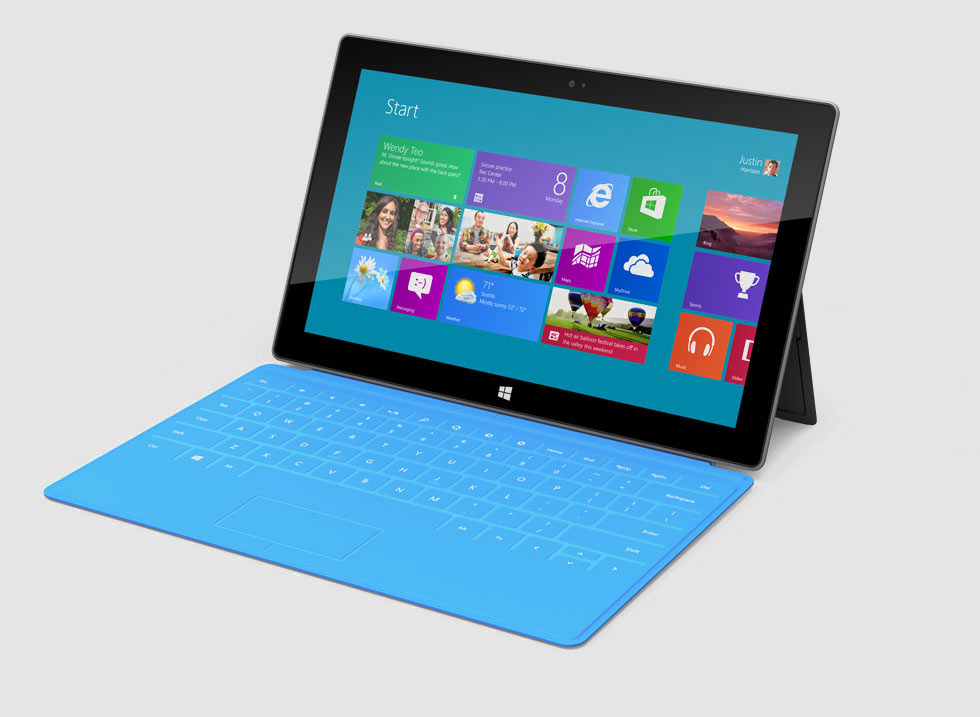 Microsoft, however, did not announce any prices. The company said that prices will be competitive with other tablets running on ARM processors.

Microsoft CEO Steve Ballmer said that the company had made some good hardware in the past and the time was ripe for it to enter the tablet market. "Much like Windows 1 needed the mouse, we wanted to give Windows 8 its own hardware," he said.

There will be two models of Surface. One will run ARM processor that will support Windows RT, a version of Windows 8 on which only the Metro apps will work. The ARM version is 9.3mm thick and weighs 676 gram. Microsoft said that Surface with ARM processor will also run MS Office 15, aiming to woo the professional users who have stayed away from iPad because it lacks a full productivity suite. The tablet also supports USB 2.

The Surface with Intel processor will support all apps, including the legacy apps that people use on full computers. This version of Surface will also have a higher resolution screen, bigger battery, USB 3 ports instead of USB 2 and will run Windows 8 Professional. However, all the extra features and hardware come at the cost of design. The Surface with Intel processor will be 13.5 mm thick and will weigh 903 gram.

Both tablets are built using a magnesium case. Microsoft is calling it VaporMg Case. Both also have inbuilt kickstand that will allow users to put down the tablets vertically on a table, making video playback a more enjoyable experience.

Apart from relying on Windows 8, which is likely to be more flexible and powerful operating software compared to iOS that powers iPad, Microsoft is hoping to take on Apple's tablet with help of a special cover. The company said it has designed two special covers for its tablets. While one of these covers offers a touch keyboard that can be attached to the tablet, the other cover has a 5mm physical keyboard.

Apple's iPad has proved incredibly successful. The tablet is so popular that now it has started to hit the laptop market, impacting Microsoft's business. Also, with computers giving way to devices that are sleek and support always-on connectivity, Apple, Google and Microsoft are embroiled in a fight for the future of computers. Microsoft's announcement comes several days ahead of Google IO where the Android maker is likely to announce its own tablet to take on iPad.