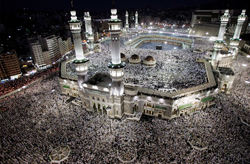 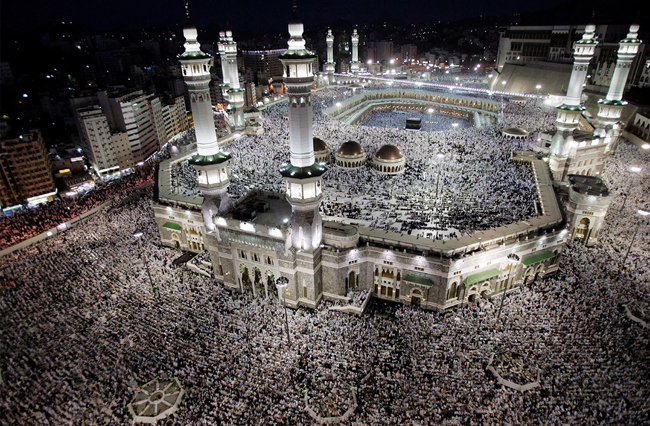 New Delhi, Jun 6: With the coronavirus pandemic showing no signs of abating, it seems unlikely that Muslims from India will be able to undertake the Hajj pilgrimage this year.

However, the government will take a final decision on the matter only after Saudi Arabia makes its position on hosting the pilgrimage clear.

A circular issued by the Hajj Committee of India on Friday said only a few weeks are left for the preparatory work in India for Hajj 2020, yet the Saudi authorities have not communicated any further development regarding the pilgrimage.

"In view of the several inquiries received and concerns expressed over uncertainty over Hajj 2020, it has been decided by the Hajj Committee of India that, those pilgrims who desire to cancel their Hajj journey this year, their 100 per cent amount paid so far will be refunded without any deductions," the circular issued by Hajj Committee of India CEO Maqsood Ahmed Khan said.

"Coronavirus cases are increasing in Saudi Arabia and two lakh people have to go from here. We had made preparations, but now there is very little time left. We are waiting for an official word from Saudi Arabia," a top source said.

In response to a question, the source said, "This time, it is unlikely that people will be able to undertake Hajj from India."

Uncertainty has been looming large over this year's Hajj in the wake of the coronavirus pandemic and though Saudi Arabia has not made a decision on whether the annual pilgrimage will be held or not, it did ask Muslims to delay their bookings till there is more clarity.

The bilateral annual Hajj 2020 agreement between India and Saudi Arabia was signed last December. In 2020, a total of 2 lakh Indian Muslims were expected to perform Hajj.

Over 95,000 COVID-19 cases and more than 600 deaths have been reported in Saudi Arabia due to the coronavirus pandemic, according to Johns Hopkins University data.

Some countries have decided not to send their people for Hajj this time. The most prominent among these is Indonesia, the country with the largest Muslim population in the world.

The Hajj 2020 is proposed in the period between late July and early August.

The Hajj is one of the five pillars of Islam which every Muslim is required to complete at least once in their lifetime if they are healthy enough and have the means to do so.