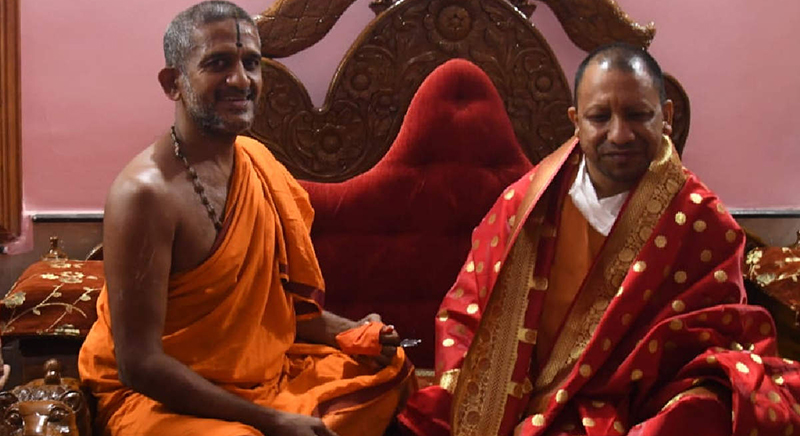 It is said that Pejawar seer spoke to Adityanath regarding observation of next Ramanavami at Ayodhya.

Yogi Adityanath is the Mahant of Nath Panth and Kadri Jogi Mutt comes under Nath Panth. This is the second time he visited Jogi Mutt after becoming the CM of Uttar Pradesh.

Earlier, the Uttar Pradesh CM arrived at Mangalore International Airport in a special flight. With heavy security, he left for Kasargod to take part in BJP's Vijaya yatre via road from the airport. He reached Kadri Jogi Mutt at 6.45 pm. Owing to the security reasons, public were not allowed inside the mutt.

Police security had strengthened on the routes where Yogi passed through. After having dinner at the mutt, he left from Mangaluru.

Earlier, speaking to mediapersons, Pejawar seer said that devotees have been supporting the cause of Ram Mandir across the country.

The deceased, according to the Covid bulletin a ‘waterman’, had first developed symptoms on the afternoon of February 11, a day after he received the Covishield jab.

He was shifted to Aster CMI Hospital and thereafter to Jayadeva Hospital. He was, ‘admitted, treated, recovered and discharged from the hospital on February 18, according to the bulletin.

On Friday afternoon, however, he developed chest pain again and while being shifted to the hospital, he died. Dr Rajani Nageshrao, Deputy Director, Immunisation, Department of Health and Family Welfare, said, “The case will be investigated by Chikkaballapur district AEFI Committee on Monday.”

Dr C N Manjunath, Director, Jayadeva Institute of Cardiovascular Sciences and Research, said: “We have to look at the case sheets to understand the treating doctor’s provisional diagnosis. But a vaccine given nine days ago couldn’t have given him a heart attack today.”

This is the fourth death of a vaccinated individual in Karnataka. The previous three deaths of the inoculated were from Ballari, Shivamogga and Belagavi. While the first two were male health workers, the third was a female ASHA worker.

Meanwhile, two serious AEFIs (adverse events following immunisation) were reported in the state - one each in Raichur and Mysuru.

A 45-year-old anganwadi worker from Raichur vaccinated on January 20 developed pain in bilateral lower limbs a week later. On February 15, she developed fever, chills, abdominal pain and vomiting. Two days later, she was shifted to NIMHANS for further management.

A 40-year-old ‘waterman’ from Mysuru was vaccinated on Feb 12. The same day, he developed muscle twitching of the right lower limb which became generalised. On February 15, he got shifted to KR Hospital, thereafter to JSS Hospital on February 16 for further management.
Severe AEFI.

A 26-year-old female swab collector from Bengaluru was vaccinated on February 17. Within 30 minutes, she developed vomiting, giddiness, breathing difficulty, and lost consciousness for ten minutes. She was shifted to ESI Hospital, Rajajinagar. She has been discharged and is stable.

6 killed while disposing of explosives meant for quarrying in Karnataka 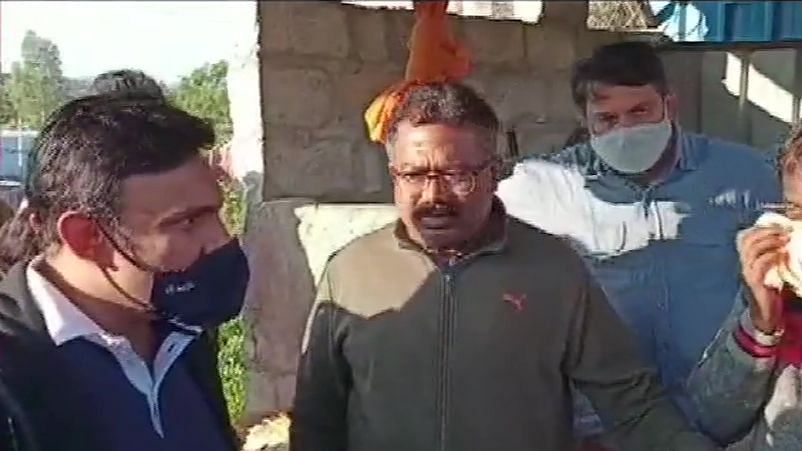 Chikkaballapur, Feb 23: Six people were killed when the gelatin sticks they were trying to dispose of exploded accidentally at a stone quarry site in a village early on Tuesday, police said.

The incident comes close on the heels of a similar blast at a quarry site in Chief Minister B S Yediyurappa's hometown of Shivamogga on January 22, which left six dead.

Karnataka Health Minister K Sudhakar, who represents the Chikkaballapur constituency visited the spot and said the bodies of the victims were badly mutilated and scattered all over the place.

According to police, the incident took place at Hirenagavalli near Peresandra.

Quarrying was stopped by the police on February 7 following complaints from the locals against rampant use of gelatin sticks.

Yet, it continued clandestinely following which another raid was carried out a few days ago and the contractor was warned not to use gelatin anymore.

The men working there went to dispose of the explosives in the wee hours of Tuesday when it went off accidentally.

Meanwhile, Sudhakar said stringent action would be taken against the owners of the mines, who had stored the explosives illegally.

He added that police investigations are on into the matter.

Deve Gowda calls upon to save regional party in next polls 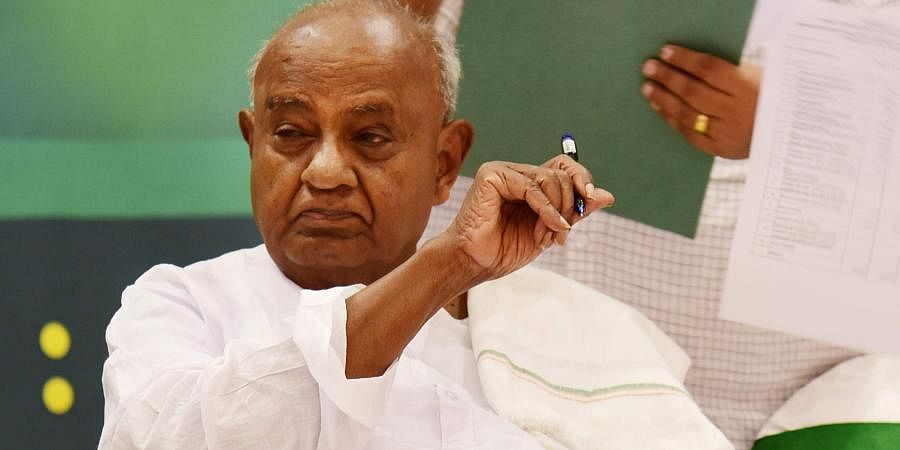 Bengaluru, Feb 14: Former Prime Minister and JD-S Supremo H D Deve gowda on Sunday called upon the party workers and leaders to save the regional party in the state in upcoming elections.

Speaking after inaugurating a JD-S conference here, he said that it was up to the workers who have to strive hard to win more seats in the coming elections besides strengthening the party across the state.

He said "I can only guide you and it would not be possible to travel all over the place. I can advise and give suggestions to you to do so. We have put up a strong fight in upcoming Karnataka local body elections which are very important to us. We need to prove that we have not fallen behind.

He said “We have to show what our strength is in the coming elections. Even a small difference could make a difference while allocating a seat. Please do not shake your head about it. We all need to work in unity. Our party should win the next election and save our regional party in this state which is needed at this hour.

Speaking on the occasion former Chief Minister H D Kumaraswamy said when his party did not file any candidates who the congress was so worried and feared including the leader of the opposition.

He said "I don't have a soft voice about the BJP. There is no soft attitude towards any party. Those who claimed that the JDS was not a party in the state should make again and again statements.

JDS will contest by-elections in three constituencies - Muski, Sindagi and Basavakalyan. H D Kumaraswamy announced that we will field a candidate from JDS in three areas.

He also explained how he worked in the Congress-JDS coalition government all through the tenure and there was a lot of pressure on him from the Congress leaders for every issue.

He said no one can eliminate the JD-S in the state which has their own strength and fight for all upcoming elections in the state .

He called upon the workers to lose their hope and time will come for everyone and winning and losing are quite normal in the elections, however, do not be disheartened, he added.