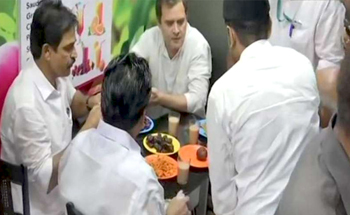 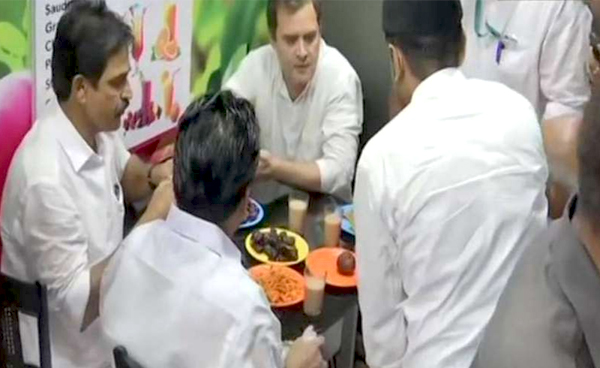 Wayanad, Dec 7: Congress leader Rahul Gandhi, who is touring his parliamentary constituency, took out some time off from his busy schedule to sip tea at a stall here on Friday.

Accompanied by Congress general secretary KC Venugopal, Rahul was seen chatting with a group of people at the tea stall.

Earlier on Friday, the former Congress president addressed a rally where he was helped by a student Pooja to translate his speech in Malayalam.

At the rally, he said that that there was an atmosphere of hatred and anger in the country and it has become a fashion to make people fight with each other.