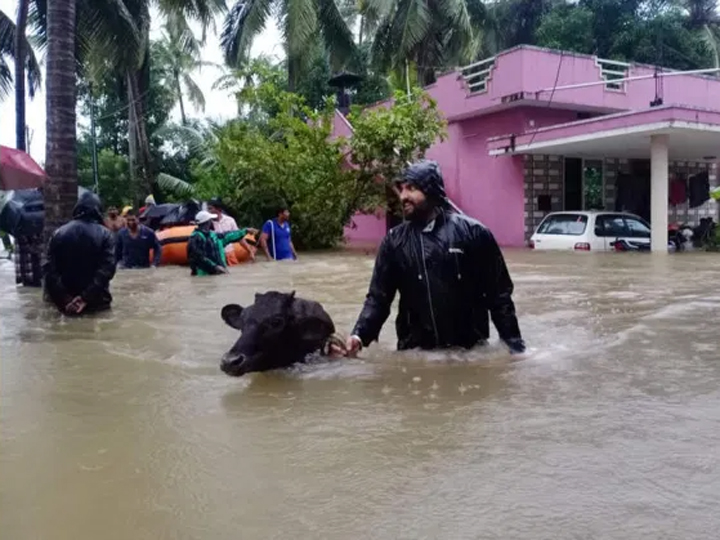 Bengaluru/ Mangaluru, Sept 21: A majority of rivers in Karnataka are in spate due to torrential rains for the past few days inundating many villages, submerging houses, vehicles and destroying standing crops.

According to the Karnataka State Natural Disaster Monitoring Centre (KSNDMC), all the dams are full to the brim due to the heavy downpour resulting in their floodgates being opened.

"Opening the floodgates has led to flooding in the regions in the downstream. We have sounded an alert in many areas but still some villages will face the problem," said a KSNDMC official.

According to the sources in the water resource department, Cauvery, Hemavathi, Kapila and Harangi rivers were flowing above the danger level.

The sources also said the floodgates of the dams on these four rivers have been opened.

"We have released 40,000 cusec water from the KRS today. We have alerted people in the downstream," an official in the Water Resource Department said.

The important dams there Bhadra, Tungabhadra, Ghataprabha, Malaprabha, Almatti and Narayanapura are full to the brim.

The situation in Udupi and Dakshina Kannada district in coastal Karnataka remained grim, which is receiving heavy rains since Friday night.

Udupi suffered the worst damage, with the rains leaving a trail of destruction in many taluks, resulting in losses amounting to crores of rupees.

Many areas in Udupi, including the 'Rajangana' at the Sri Krishna Mutt, shops and business establishments, parking areas and godowns were submerged in water.

Road connectivity to different parts of the district were lost.

Hundreds of people were evacuated from their houses in flooded areas by the NDRF personnel.

The two rivers in the district, Swarna and Sitanadi, were flowing above danger levels, official sources said.

A total of 31 relief camps were opened in the district.

In Dakshina Kannada district, several houses and buildings were submerged and vehicular movement was disrupted in many parts due to the rains during the last two days.

Mangaluru and Bantwal taluks received the highest rainfall in the district.

Five relief camps were opened in the district and 1,250 people were shifted to safer places on Sunday, official sources said.

The KSNDMC has informed that the rains will continue for the next two days and warned fishermen against venturing into the sea. 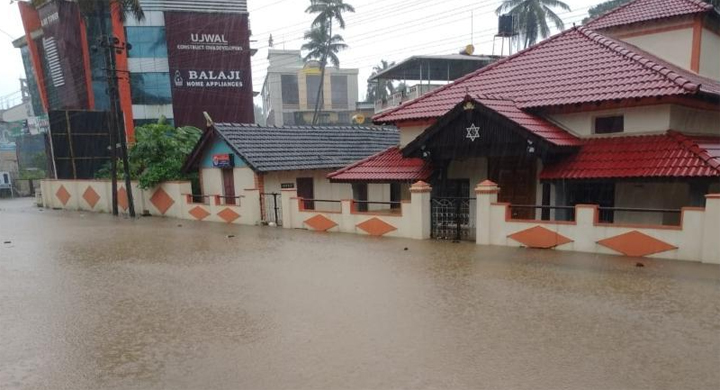 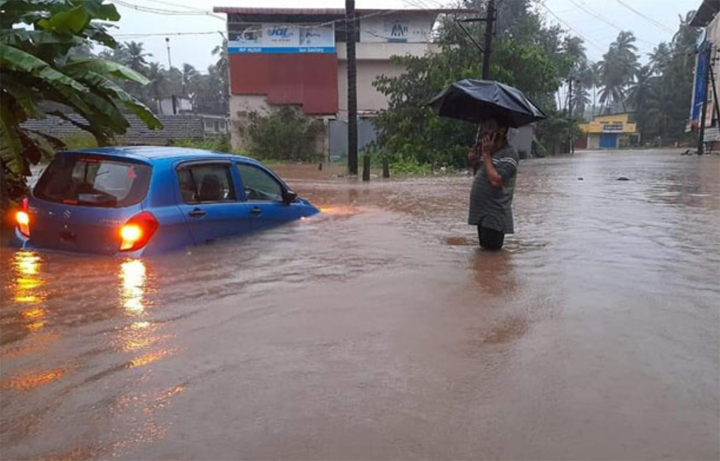 Bengaluru, Oct 27: Karnataka health minister Dr K Sudhakar on Tuesday expressed confidence that that a vaccine for COVID-19 would be available early in 2021 and said the government would ensure that it reaches every nook and corner of the state after its launch.

The second and third phase trials are underway," he said. The Minister said Bedi had told him that the company, which was trying to launch the vaccine in the initial months of 2021, had the capacity to supply a billion doses. Once it came out in the market, the Karnataka government would ensure that it was made available "in every nook and corner of the state," he said.

The first set of people to get it would be the Covid frontline warriors like doctors, nurses and paramedics, followed by elderly people with comorbidities, pregnant and lactating women and children, the minister said. To a question, he said the results of the first phase trial were encouraging, with 56 people who were administered the vaccine developing antigens, which has remained intact in them since then.

"We need to wait for six months to see whether the antigens are maintained," Sudhakar said. To a question on the price of the vaccine, he said he did not wish to get into the "controversy" over it and would leave it to the discretion of Chief Minister B S Yediyurappa. He however, maintained that the state had been conducting tests and providing treatment free of cost. "Our government is committed to public health.

We will make sure it reaches all," Sudhakar said. Members of the Karnataka Technical Advisory Committee on COVID-19, as also senior officials and experts on the subject were present during the meeting, the minister said.

Mangaluru, Oct 23: A gang of miscreants today hacked a youth to death at Bolangady near Melkar in Bantwal taluk of Dakshina Kannada district.

The deceased has been identified as Umar Farooq aka Chenna Farooq, a resident of Kalladka.

He was riding his motorbike when the miscreants chased and attacked him with a machete, sources said.

Farooq reportedly breathed his last while being taken to a hospital after the attack.

He was said to be a rowdy-sheeter and multiple cases stand registered against him at different police stations in Bantwal taluk.

Police suspect rivalry within friends gang as the motive behind the cold-blooded murder. Investigations are on. 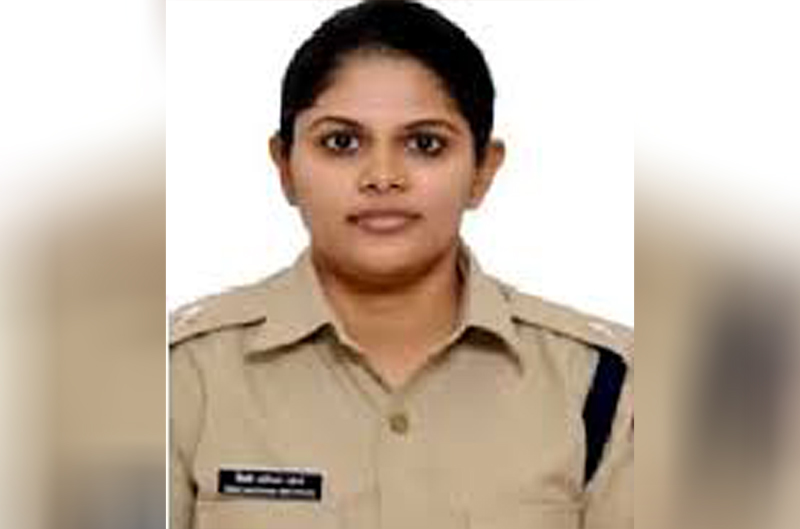 Kalaburagi, Oct 23: A police sub-inspector attached to Nelogi Police Station in Jewargi taluk of Kalaburagi, who was accused of posting photos and videos of a fake rescue operation conducted by him along with the help of villagers, was suspended on Friday.

Kalaburgi Superintendent of Police Semi Miriam George said that action was taken against police sub-inspector Mallannagouda Yalagod based on a preliminary inquiry report submitted to the department.

The police Sub-Inspector Mallannagouda Yalagod had attached a fake video and photos of helping villagers during the recent flood situation on the banks of river Bhima.

Mr Yalagod can be seen posing in a photo standing in floodwaters with two goats in his hand. The officer has made a series of such videos displaying filmy style behaviour.

Earlier, Mr Yalagod had come under the scanner of senior officers in the department when he celebrated his birthday on a grand scale during the lockdown in which his followers bathed him in milk.