Karnataka: 4 from a family among 6 killed in 2 separate accidents

Ranabebannur, Feb 26: Six people were killed in two separate accidents, including four members of a family at Havery and Gadag districts, Police said on Friday.

Police said the incident occurred after a sand loaded lorry collided with a bike near Ranebennur.

The deceased have been identified as Siddappa Hanumappa Nagenahalli (40), wife Anusuya (33), children Vanitha (11) and Vinodh (9).

Meanwhile, the villagers of Mudenur staged a protest and tried to burn the lorry.

Police dispersed the crowd and said that strict action will be taken against the lorry driver.

In another incident at Lakeshwara Patina in Gadag district, a tractor in which labourers were travelling, overturned, killing two on the spot and injuring several others.

Gadag police visited the spot and a case has been registered. 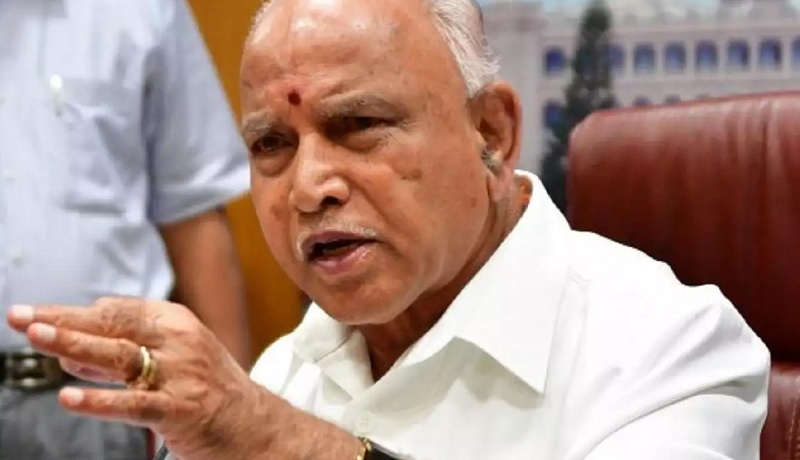 Speaking to mediapersons here, he said the candidate for Belgavi parliamentary constituency will be selected by the high command in New Delhi.Belgavi seat fell vacant after the demise of Suresh Angadi, former Union Minister of State for Railways, last year.

In Assembly bypolls to-- Maski, Basavakalyan and Sindhagi constituency, the party-backed candidates will succeed and carry forward the development in these constituencies.

The elections to Maski Assembly seat were neccesiated after former Congress MLA Pratap Gouda Patil- who won from the seat in 2018---was disqualified for defection and proceeded to join the BJP in 2019.

Basavakalyan and Sindagi constituencies fell vacant after the death of MLA B Narayan Rao and M C Managuli respectively.On the budget, the chief minister said it will be people and farmers friendly, and presented on March 8.

Bengaluru, Mar 1: In Karnataka’s capital, most fever cases received by pulmonologists over the last few days are seasonal flu or viral infections, but not Covid-19.

Though 458 H1N1 cases and three deaths were reported last year, none have been reported two months into 2021, the health department has said.

While some say the non-Covid fever cases are not alarming, others expect to see a decline in such cases as summer is fast approaching and fever cases are seen mostly in November, December and January.

“A number of outpatients arrive with viral symptoms, but not all are Covid,” Dr Prasanna Kumar, pulmonologist at MS Ramaiah Hospital, said.

“The flu season starts in November and flares up in December and January. But once the summer starts, it should ideally go away. A small spike of fever cases is seen during the transition between winter and summer. I think that is what we are seeing now.”

He said the OPD numbers are matching the pre-Covid levels, while the hospital hardly saw five or 10 fever cases during Covid. But the numbers have increased to double digits in the last two weeks.

Senior Pulmonologist Dr K S Satish, member of the state Covid Expert Committee and president of Karnataka Pulmonologists' Association, confirmed that the rise is not unusual. “It is not a cause for great worry,” he added.

“We are seeing (fever) cases now that we usually see in December and January probably because there is still some chill in the air. This is due to usual weather changes and the flu season,” Dr Satish further added, noting that patients report even the slightest symptoms due to increased Covid awareness.

Dr Padma Sundaram, pulmonologist at Manipal Hospital, is not seeing a definite rise in fever cases, though an occasional patient shows up. “One to two cases per day could be seen during the transition months from winter to summer,” she said. “Wearing a mask is probably making a difference since it is also controlling other viral infections.”

She said Influenza A, Influenza B, excess asthma and chronic obstructive pulmonary disease are common during the winter season, but not this time. “Since children are not going to school and transmitting (the virus) to their grandparents, the elderly are also protected,” Dr Padma added.