BSY thanks Kerala CM for action against those dumping medical, bio-wastes in Karnataka 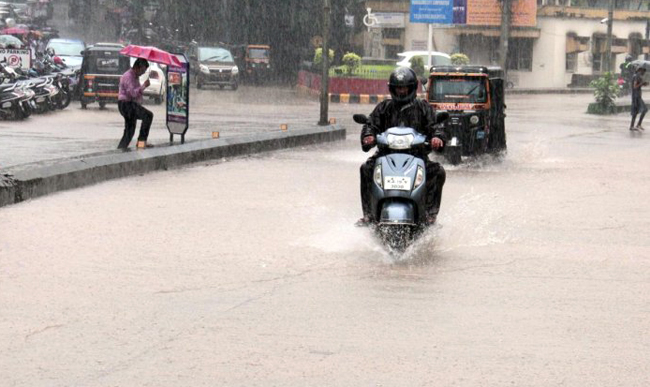 At present, several isolated places of Karnataka especially interior parts of the state is witnessing heavy rainfall and is expected to receive more in the next 24 hours.

Besides Karnataka, light to moderate rains is forecast for a few places over Coastal Andhra Pradesh, parts of Telangana, Rayalaseema and Tamil Nadu. However, Chennai will remain dry while Bengaluru may receive some patchy rains.

According to Skymet, weather forecasting agency, active Southwest Monsoon has also given heavy rain and thundershower activities in many parts of Madhya Pradesh during the last 24 hours. Khajuraho has received a whopping 100 mm rainfall in a span of just 24 hours.

As monsoon continues to remain active, more rain showers will lash region, with chances of flooding in several parts of the state.