He was speaking to media persons after conducting a meeting with expert committee regarding Covid19 at Vidhana Soudha on Tuesday.

Coronavirus has been on a high in the past two months in the state, said the Minister.

Despite raising awareness regarding the dangers caused by the virus, the general public has been negligent without wearing masks, the State Government is keen on bringing stern rule against those who flout the social distancing rules in public. A detailed directive will be out in a few days, he added.

Post Coronavirus unlock in the state, political and religious gatherings have been on a high, and people are attending in alarming numbers. This has led to rapid spread of virus. Hence, it has been decided to put the stopper on these gatherings in the state, he said.

The Minister further said that events that are held in unavoidable circumstances with only 100 people will be allowed with prior permission from the district administration.

He informed that the Government plans to organise awareness programmes jointly in cooperation with cinema stars, religious heads, political leaders and artists.

The Minister also called upon people of the state to raise awareness about Coronavirus.

Stating that the role of media in raising awareness about Coronavirus is notable, the Minister said that the Government is mulling over organising a special workshop for media persons. The workshop will be organised within a week, he said.

Noting that Covid-19 positive rate in 7 out of 11 districts is 12%, Dr Sudhakar said the death rate in the state is at 1.5%. Measures are being taken to reduce this to less than 1%, he added. 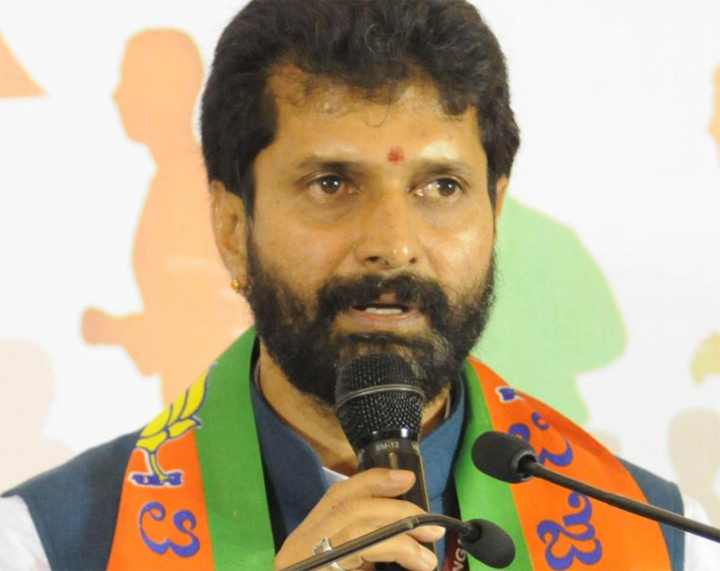 Bengaluru, Oct 20: BJP national general secretary C T Ravi has said that the society itself would take a stand about temple-mosque issue in Mathura and Kashi, in appropriate time.

"BJP alone cannot give answer to all such issues. Ram Mandir issue in Ayodhya has the background of a struggle for 500 years, and the temple is being constructed now. Now, the society itself is gaining the strength to take suitable stand on Mathura-Kashi issue," he said.

Refusing to comment much on BJP MLA Basanagouda Patil Yatnal's statement about leadership change in State Government and making an MLA from North Karnataka as the chief minister, Ravi clarified that there is no question of leadership change.

"B S Yediyurappa is our unanimous choice and the party's parliamentary board also endorsed that. Nobody should give statement without responsibility, and Yatnal's statement would be discussed in a suitable platform," he noted.

"No discussion is going on in the party regarding Congress leaders Vinay Kulkarni and M B Patil coming to the BJP. We do not believe in political untouchability, but no decision would be taken without consulting the local unit of the party," Ravi added.

Mangaluru, Oct 27: NITTE, deemed to be a University, has been chosen by the Department of Science and Technology (DST), Government of India, to host the Technology Enabling Centre (TEC) for Karnataka.

This is one of 10 such centres established at the national level. DST and other national funding agencies realise that most of the academic research lies on the shelves of the academic institutions though they have the potential to lead to the development of technologies.

The level of maturity of technology is indicated in terms of 'Technology Readiness Level' (TRL). Research Leads may be at TRL 1 or 2. There may be need to continue research to demonstrate the feasibility and this moves the research lead from TRL 2 to TRL 4.

NITTE Senior Director (International Relations) Dr Iddya Karunasagar said that Technology development will lead to progress from TRL 3 to TRL 6, technology demonstration from TRL 5 to TRL 7 and so on.

Technology Enabling Centres are expected to create an ecosystem for academic research leading to technology development by networking with institutions, national laboratories and industry, he added.

The newly-developed Centre was inaugurated by Chancellor Vinay Hegde in the presence of Dr Satheesh Kumar Bhandary, Vice-Chancellor and Dr Moodithaya, Pro-Vice-Chancellor. 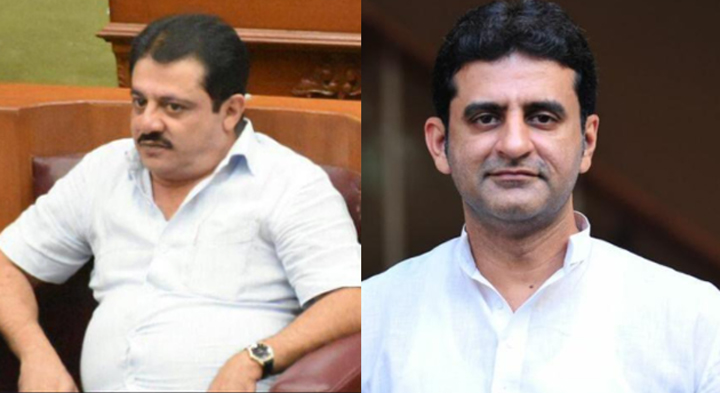 Zameer and Rizwan were summoned by the NIA to explain their presence at the riot spot on August 11 and why were seen in many videos talking to locals and police officers.

The MLAs were questioned for over four hours and their statements were taken in writing. They were asked in detail about what they saw on August 11 and about the accused arrested in the case.

The MLAs told NIA officials that they got information about a mob creating a ruckus and they were called by the police and local leaders to control the situation. However, the violence didn't stop and hence they had to leave the spot when situation went out of control. They added that they nothing to with the riots and were not involved in instigating or encouraging the mob.

NIA officials had taken up the investigation of two cases on September 22 under Unlawful Activities (Prevention) Act and various other IPC sections, and conducted raids in more than 30 places on September 24. The NIA arrested a key conspirator Sayed Sadiq Ali, 44, who was working as a recovery agent of a private bank.

These two cases were earlier investigated by the Central Crime Branch (CCB) officials. The DJ Halli and KG Halli police stations and the residence of Akanda Srinivas Murthy, MLA of Pulikeshi Nagar constituency were torched by the mob following a derogatory post by Murthy's nephew, Naveen P.