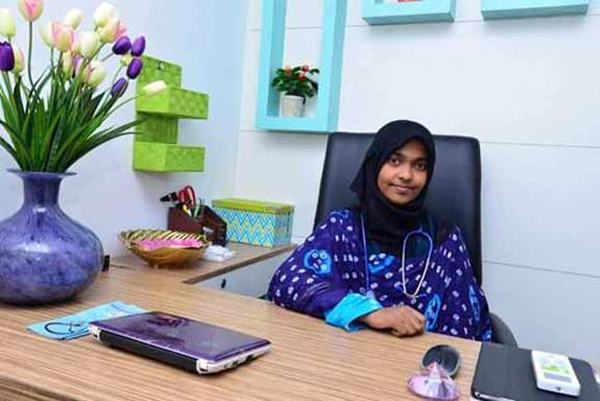 New Delhi, Aug 16: The Supreme Court on Wednesday ordered a National Investigation Agency (NIA) probe into the plea of a Muslim man whose marriage with a Hindu convert Muslim woman (Akhila alias Hadiya) was annulled by the Kerala High Court as per the request of her Hindu parents.

A bench of Chief Justice of India Jagdish Singh Khehar and justice DY Chandrachud ordered NIA to launch a probe into the conversion and marriage of the girl, who was known as Akhila but converted to Islam and changed her name to Hadiya, to a Muslim man, Shafin Jahan. The marriage had taken place in 2016.

Justice RV Ravindran, a retired judge of the apex court, will supervise the investigation.

The Kerala HC on May 25 had declared as "null and void," the marriage of 24-year-old Hadiya who had renounced Hinduism and embraced Islam on her own will. However, the court had described the case as an instance of 'love jihad' and ordered the state police to conduct probe into such cases.

In its earlier hearing, the apex court had termed the case as "serious" and "sensitive". The bench had asked the NIA and father of the woman to give all the materials in their possession to the court.

"These are very sensitive issues.. It's a serious matter... You give us all the materials you have," the apex court had told them.

"Issue notice. Madhvi Divan, advocate... on behalf of respondent number one (father) seeks a week's time, so as to enable her to place material on the record of this case. Prayer is allowed. Needful be done within one week from today," the bench said.

The woman's husband, Shafin Jahan, has filed a plea challenging the HC order saying it was an "an insult to the independence of woman in India".

Advocate Madhvi Divan, appearing for Hadiya's father, said she was a "helpless victim" trapped by a "well-oiled racket" which used "psychological measures" to indoctrinate people and convert them to Islam.

The lawyer went on to claim that Jahan was a criminal and Akhila was trapped by a network with connections to Popular Front of India and even the Islamic State. However, the lawyer did not provide any proof for his claim.

Ashokan Mani, an ex-serviceman filed Habeas Corpus petition before the Kerala High Court on January 25, 2016 when he found that his daughter Akhila (now Hadiya) was missing from the campus she studied. Akhila was a student of the Bachelor of Homeopathic Medicine and Surgery course in Salem.

In his petition, Ashokan alleged that his daughter was forcibly converted to Islam and sought the help of the court to find her. Ashokan named two of Akhila's classmates Jaseena Aboobaker and her sister Faseena - residents of Perinthalmanna - as the persons behind her disappearance from the campus under mysterious circumstances.

Ashokan said in his petition that Akhila and eight other friends including Jaseena and Faseena were staying in a rented house near their college in Salem. They used to visit her friends' home in Perinthalmanna during holidays.

Daughter was afraid of Hindu father

Ashokan mentioned in his petition that he noticed some behavioural changes in her daughter when came home to attend her grandfather's funeral in December 2015. Ashokan said that Akhila was not ready to perform Hindu rituals.

On January 6, 2017 Ashokan received a phone call from the father of one of Akhila's classmate informing him that his daughter was seen wearing veil and that she was converted to Islam.

The news was a shock to Ashokan. Family members passed information to Akhila that her father suffered a mild heart attack because of her. However, she was not ready to visit father as she was afraid that he may not allow her to follow Islam.

Ashokan later told police that Akhila had informed him that she was being forcibly held by people including Jaseena and Aboobacker.  Ashokan claimed in his petition that those people were engaged in forcible conversion of vulnerable youths of other faiths.

On the complaint by Ashokan, police began probe. Hadiya was found but she submitted an affidavit before Perinthalmanna police that she was following Islam since 2012 and had willingly left her home. She rubbished the allegation made by her father and family members.

Hadiya told the police officials that she joined a course run by Tharbiathul Islam Sabha, Kottackal in Malappuram to learn Islam and shifted her residence to Satyasarani in Manjery - an Islamic Institution.

According to her affidavit, Hadiya stayed in Aboobacker's home for a brief period. Hadiya later shifted to Satyasarani's hostel for girls and completed her course. Satyasarani introduced her to Sainaba from Ernakulam and started staying with her after her father filed Habeas Corpus petition.

In June last year, the Kerala High Court allowed Hadiya to stay with Sainaba. Later Hadiya informed the court that she had taken admission in Satyasarani and produced records of her admission in the religious institution. Consequently, Kerala High Court dismissed the Habeas Corpus petition filed by Ashokan Mani.

The June 2016 order of the Kerala High Court should have been the end of the matter. But, ex-soldier Ashokan Mani decided to file habeas corpus petition. Ironically, this time he raised terror angle!

Ashokan alleged that her daughter was converted to Islam at the behest of the ISIS. He feared that Hadiya might be taken out of India to join the ranks of Islamic State in Afghanistan.

Ashokan mentioned about two separate cases of women vanishing from Kerala allegedly to join the ISIS terrorists in Afghanistan after they were converted to Islam and married to Muslim men.

But, Mohanan was insistent and argued that Kerala police were investigating a case of missing 21 persons from the state. They are suspected to have been taken to Afghanistan. A heated exchange took place in the open court between the lawyers and the bench.

Justices PN Ravindran and Justice Dama Seshadri Naidu slapped ordered contempt proceedings against lawyer Mohanan in 2016. The court pronounced him guilty in the case and sentenced him to three months imprisonment and also imposed a fine of Rs 1,000.

Ashokan assured the court that he would not engage Mohanan in future. The high court shifted Hadiya from the custody of Sainaba to SNV Sadanam, Ernakulam - a ladies' hostel.

Meanwhile, Hadiya got married to Shafeen Jahan of Kollam in December last year. The matter came up in January this year before the Kerala High Court, which was hearing the second Habeas Corpus writ filed by Ahokan.

Hadiya produced marriage certificate issued by Puthur Juma Masjid in Malappuram and marriage registration certificate by local panchayat authorities. But, the Kerala High Court has declared both the marriage and the certificates as invalid.

The court in its judgment said that the marriage was done by strangers and her parents did not participate in the function.

"Marriage being the most important decision in her (Hadiya’s) life can only be taken with the active involvement of her parents," the Kerala High Court observed.

"The marriage, which is alleged to have taken place, is a sham and is of no consequence in the eye of law. Her husband has no authority to act as the guardian,'' the court further remarked.

The Kerala High Court also directed the State Police Chief to conduct departmental inquiry against Perinthalmanna Deputy Superintendent of Police for not investigating the case properly and take appropriate action.

The court verdict said that investigation should also be carried out about the activities of Sathyasarani, a renowned Islamic educational institution at Manjeri regarding conversion of religion.

The court also had ordered an investigation into whether there was any breach on the part of the officer who had investigated the case earlier. It is to be noted that the investigating officer appointed by the same court had categorically said that the complainant’s claims were baseless.

Her Father and many like him have fallen to the mind wash of the media... We request the father to read the QURAN once in your life time or atleast now to avoid the confusion on his daughter who started to worship ONE GOD ALLAH which is also mentioned in your vedas and BG. God made us to worship him alone ... YOUR DAUGHTER recognised that but U need to recognize too...Please read the book of the CREATOR, The QURAN, ALLAH loves when the creation try to know about him and PONDER on how all this exists and also knowing the perfectness in the creation of human being...  as well as those which are visible and not visible to us.

Allah is able to do all thing... The media 24/day tries to demonize ISLAM and Muslims... but ALLAH has a different plan . The more they demonize , the more people are accepting ISLAM, not just in india but all over the world. I think its time to NON MUSLIMs to know about one GOD ALLAH rather than depending on the LIES and deception of the media. QURAN is the manual for human being on how to live a life that ALLAH has given us. Dont be idle .. Learn about GOD before death approaches us. Look the knowledge of MEDIA & compare it with the divine knowledge that is mentioned in the QURAN.ALLAHU AKBAR - God is Greatest.