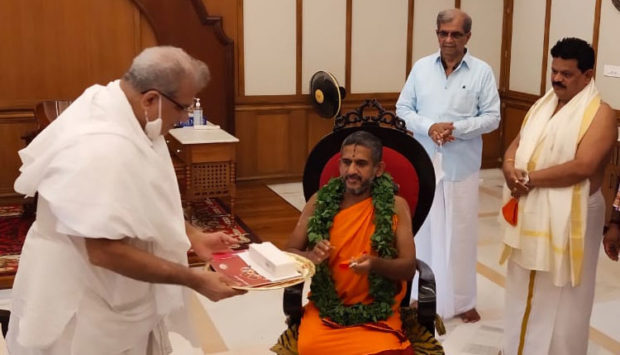 Speaking to newsmen here on Wednesday, he said that after so many years, the issue has finally settled and this time, without doubt, the construction of Sri Ram Temple is certain. In memory of Pejawar Vishwateertha and to full fill his wish, we would donate Rs 25 lakhs and extend full cooperation in the coming days, he added.

To this end, worldwide fund raising responsibility has been bestowed on Vishawa Hindu Parishat (VHP).

CM Yediyurappa is safe if he doesn’t meddle with JDS, says HDK

Bengaluru, Jan 19: Chief Minister B S Yediyurappa will be ‘safe’ as long as he doesn't meddle with the JD(S) and if he does, he will have to pay the price for it, former chief minister H D Kumaraswamy warned on Monday.

Speaking to reporters, Kumaraswamy lashed out at both BJP and Congress. "In 2008, Yediyurappa had declared that he will put an end to JD(S) in Karnataka. I retaliated by releasing documents of corruption in government. Till now, I have been silent and hence, Yediyurappa is safe," Kumaraswamy said, threatening to release more documents.

As for speculations over an alleged CD about Yediyurappa, Kumaraswamy said he would not delve into personal details of anyone.

"What I will release are government documents in public interest. I am not interested in anyone's private life," he said.

"He claims to know from RSS sources that Yediyurappa will step down after April. He accused me of being BJP's 'B' team. Today he is citing RSS sources. Is he the 'B' team of RSS?" he said. 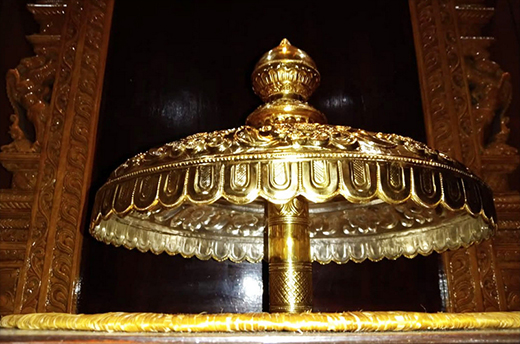 The umbrella weighs 2.5 kg in gold. It has been prepared at a cost of Rs 50 lakh of which Rs 15 lakh has been reimbursed from the old gold ornaments of the temple.

Sculptor Raghavendracharya Kunjarugri, from Pajaka near Udupi, made the golden umbrella under the supervision of Santosh Shet of Udupi, according to a statement from the mutt. 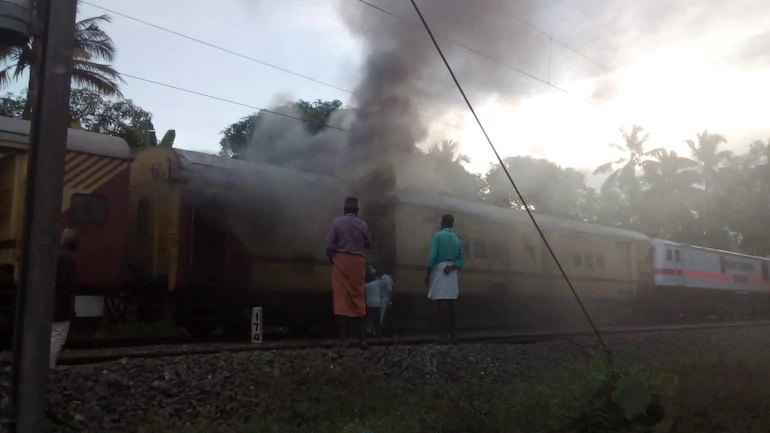 Kasaragod, Jan 17: A major calamity was averted following the timely detection of a fire in Malabar Express which was moving from Mangaluru to Thiruvananthapuram on Sunday.

According to sources, the train (No 06630) which left Mangaluru on Saturday evening met with the mishap at Edava on Kollam-Thiruvananthapuram border area by Sunday morning.

The fire broke out from the parcel van close to the engine and a gatekeeper who spotted the smoke alerted the authorities and the fire was swiftly put out.

A commercial supervisor of Kasargod railway station, Narayan Naik, was placed under suspension after a preliminary enquiry found that the fire originated from two motorcycles improperly loaded from Kasargod. A detailed probe into the incident was also on, railway sources said.

The incident took place by around 7.35 am. After the train left Paravur station in Kollam district and was proceeding towards Varkala in Thiruvananthapuram, a gate keeper near the Edava station noticed the smoke and alerted the Varkala station authorities.

The message was immediately passed on the loco pilot of the train and the train was stopped and loco pilot and guard tried to extinguish the fire. Fire and Rescue Services personnel too joined and the fire was put out before spreading.

Passengers who got panicked and remained off the coaches while the fire fighting was going on. Passengers said that burning smell was persisting for some time and they were under the impression that it would be from outside. After safety inspections, the train resumed the journey to Thiruvananthapuram.

Railway sources said that there were not much luggage in the parcel van as most luggage were already offloaded at stations prior to Paravur. Estimation of loss to property was being determined.