IPWF CyCling Club is an integral part of Indian Pilgrims Welfare Forum (IPWF) under the patronage of the Consulate General of India Jeddah formed to encourage Indian Community to adopt a healthy lifestyle through cycling, considered to be a complete workout both for the mind and the soul.

Indian community of all ages, Kids, Women and Men were all Smiles, Cheers, and Overjoyed creating fervent atmosphere. More-so for the Victorious medalist of Gold, Silver and Bronze, as well lots of surprised gifts.

His Excellency appreciated IPWF initiative and congratulated Forum President and entire organizing team for encouraging the Indian Community consistently with different Events to live an active and healthy life.

Oath for fair decision and sportsmanship was taken by “Yellow Caps -Commissaire” before beginning of the race. The inaugural flag-off 2021 by the Chief Guest marked the beginning of Cycling Challenge.

Lucky draw on the basis of registration numbers was done for attendees and gift hampers were given to winners.

Executive Member of the Forum Mr Abdul Rahman Poyakkara conducted enthusiastically the event with close coordination with referees-Commissaire, while vote of thanks was delivered by General Secretary Syed Nasir Khursheed, event concluded with fresh snacks distribution arranged by the forum. 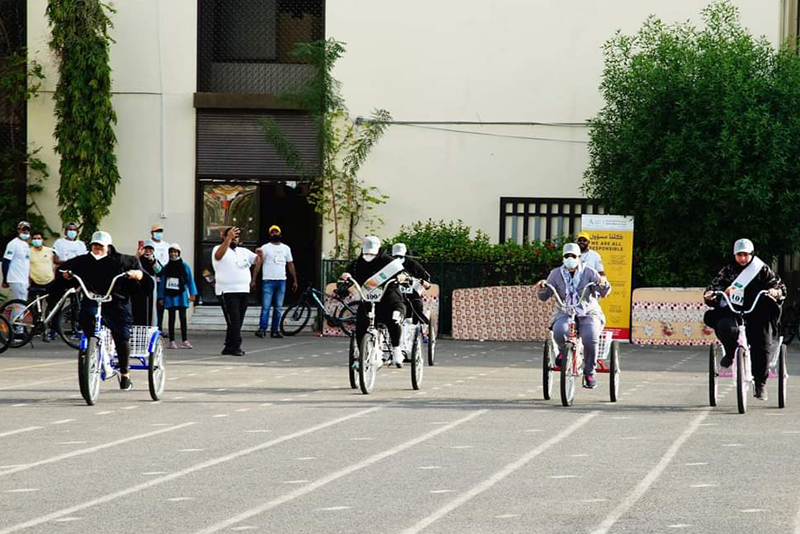 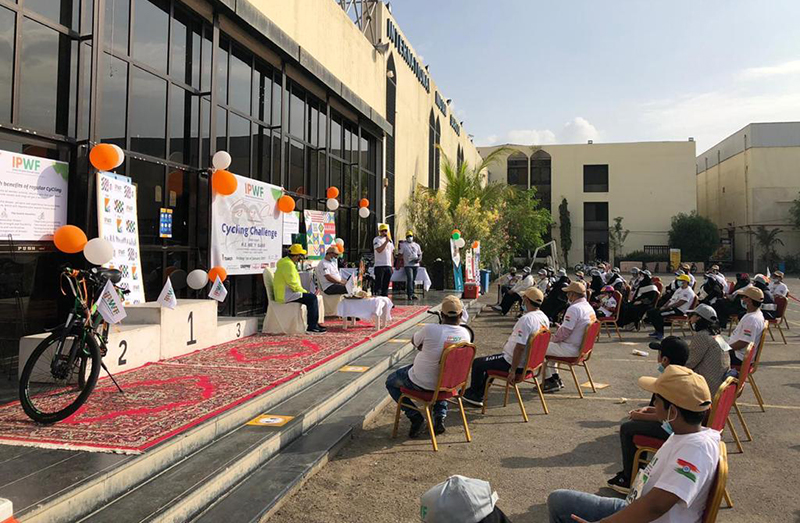 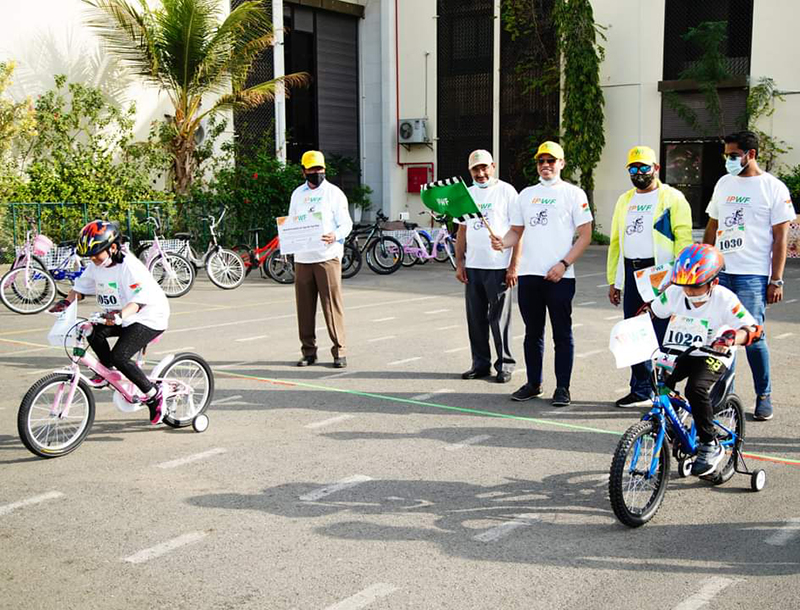 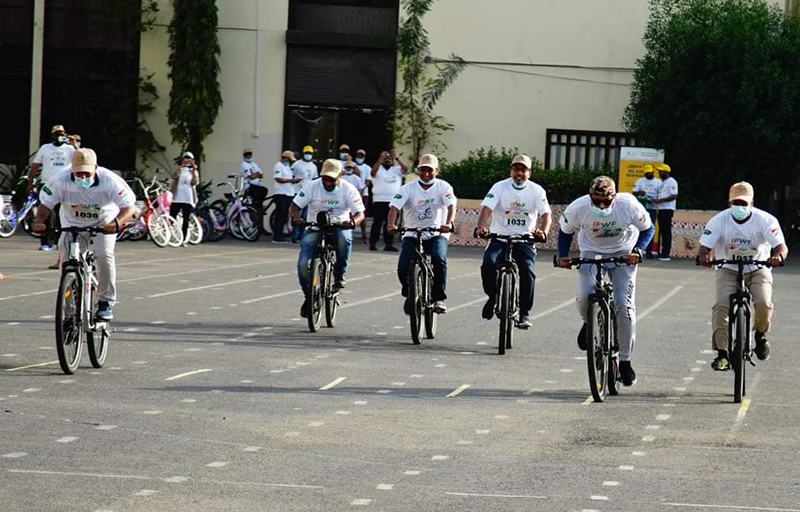 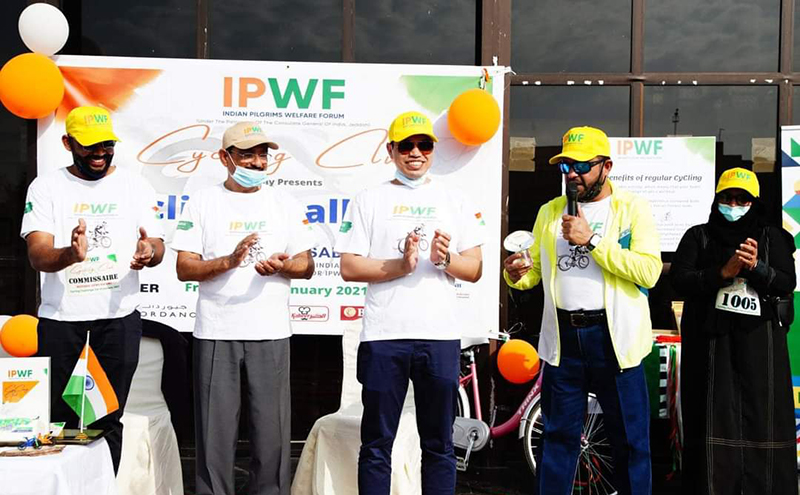