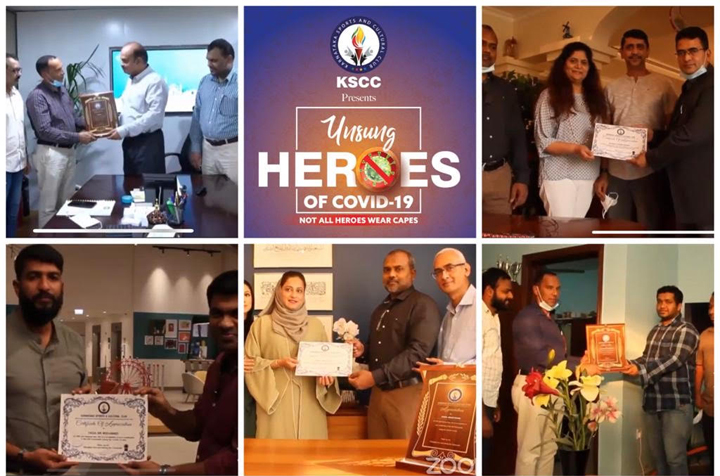 Dubai: KSCC, a popular Indian entity registered with Community Development Authority (CDA) in Dubai, on Wednesday had organized an online virtual event for celebrating the 49th UAE National Day with their signature theme of Coloring the Nation for the 5th consecutive Year.

The programme included a video presentation titled “UAE, A HAVEN OF DIVERSITY” showing how the UAE is exceptionally tolerant to the people living in UAE and how it is rich and united in diversity.

KSCC also honored the real time heroes, who had contributed their time, men, and money during the Covid-19 crisis; these very “UNSUNG HEROES” were felicitated with appreciation awards from KSCC.

And another video presentation was made in the event illustrating how the UAE leadership is coloring the lives of expats. The presentation included various expats sharing their emotions and gratitude to the UAE.

The main programme of the event, Coloring the Nation, which KSCC has been organizing for the last 5 years with drawing and painting contests on the UAE history, culture and the leadership, was conducted online and various artists had submitted their feelings and imagination via their paintings online. The event showcased such paintings from the participants and the winners were awarded prizes, accordingly.

To its part, KSCC had also played a crucial role during the pandemic and helped the needy during the difficult times vide food and food kit distributions, blood donation campaigns, dead body repatriations, handling helpline calls, flight repatriation, iftar kits distribution, etc. and have benefited around 10,500 directly and indirectly. KSCC had showcased these social activities during the live event.

With going live on Facebook and YouTube, KSCC have also campaigned on twitter to promote Unsung Heroes with their exclusive hashtag “KSCC_UNSUNGHEROES” where around 5700 tweets were tweeted and was trending top 2 in UAE. It was a very successful campaign in the end.

Earlier, the event was hosted and moderator by Mr. Mohammad Faraz, Board of Director (BOD) and concluded with thanksgiving from another Mr. Abdul Ghafoor (BOD). KSCC specifically thanked CDA, Dubai Government and local authorities, participants, technical team, volunteers and all the attendees. 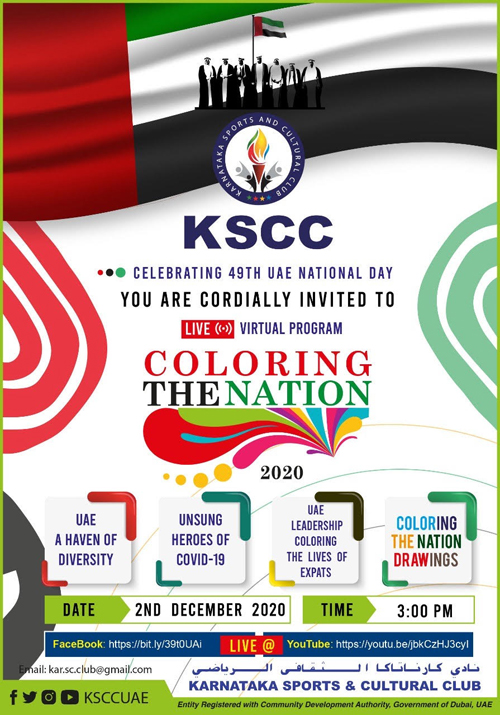