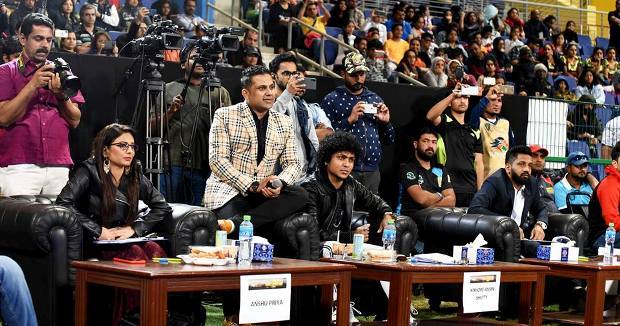 MCC Vice President, Yahya Abbas MICCO; inaugurated the event, he said ‘The power of the human will to compete and the drive to excel beyond the body’s normal capabilities is most beautifully demonstrated in the arena of sport. It doesn't matter how good you are. Sport is all about playing and competing. Whatever you do in cricket and in sport, enjoy it, be positive and try to win’ ’He added.

Sheikh Zayed international cricket stadium, turned out to be a packed-house on Friday night, spectators observed a two-minute silence for over 40 CRPF soldiers who died in abhorrent and dastardly terror attack in Jammu and Kashmir's Pulwama.

MCC President Latheef KH said ‘We are deeply saddened for the loss of lives. Our heartfelt sympathies are for the families of the soldiers who lost their lives’’.

Matthew Boucher CEO of Abu Dhabi Cricket (ADC) witnessed Mangalorean cultural event and cricket match. He had congratulated MCC President for organizing excellent community cultural event & expressed his pleasure to host Mangalorean community at International Cricket stadium.  Overwhelmed by the amazing cultural events; Even in England we wont be able to witness such variety of cultural dances’ he added.

More than ten thousand spectators turn out to see the one of the biggest NRI Cricket Tournament and cultural carnival of the year. All the cricket communities came across from the seven emirates of UAE; were enjoying the splendid performance at Sheikh Zayed international cricket ground. As many as 14 indian teams from places across the UAE Participated in the event. several sixes and super catches enthralled the spectators from time to time forcing them to jump out of their seats breaking in to cheers and applause.

MCC President Latheef K. H Kakkinje honored the guests and sponsors with memento. Sahil Zaheer – RJ 98.3 FM flew all the way from india as a Master of the ceremony, he had succeeded in maintaining the energy of the crowd till the last moment.

In the finals battle Abone CC won against won against KFC Strikers . KFC strikers turn out to be the Runner-up of the tournament.

Spectators received Gold Coin, mobile phone, Tab and other attractive prizes under coupon lucky draw. Arwa, Almarai products, Coco-cola, seba med, Pediasure, put up their kiosks and freely distributed their products to all spectators to support the tournament under their corporate responsibility & social commitment ethos. Face painting for kids and other sports activities were also organized for families.

MCC President Latheef KH Royal Emirates extended heartfelt thanks to all the sponsor’s participated teams and crowd making this seventh season a great success. He  remembered Ronlad pinto Managing director Hyssna international who have been supporting the touranament immensively, He also expressed sincere gratitude to Abu Dhabi Cricket (ADC) for its great patronage for allocating international cricket stadium ground for this event. ‘’Upcoming MCC tournaments details will be posted in www.mccabudhabi.com’ he added. 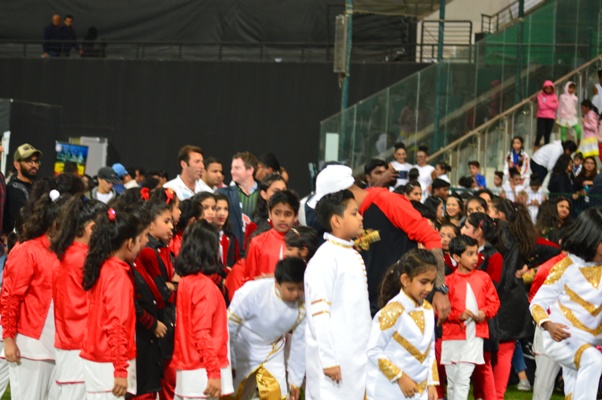 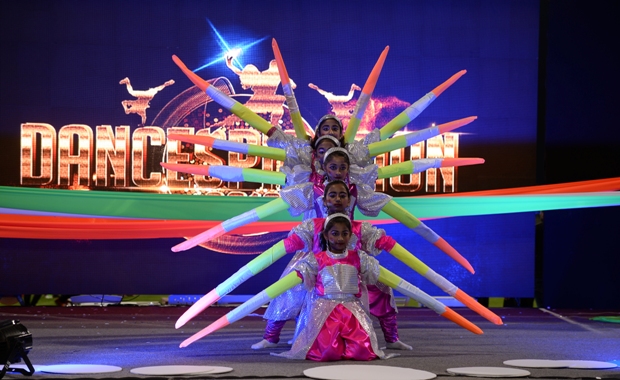 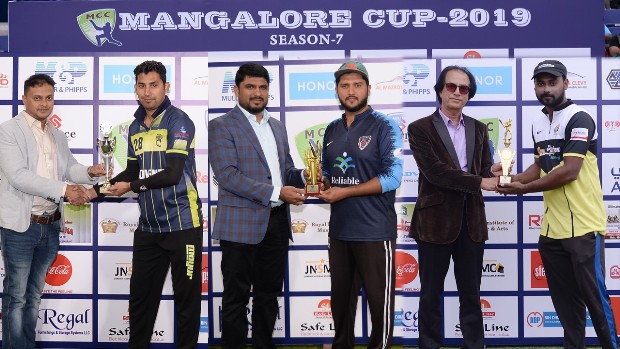 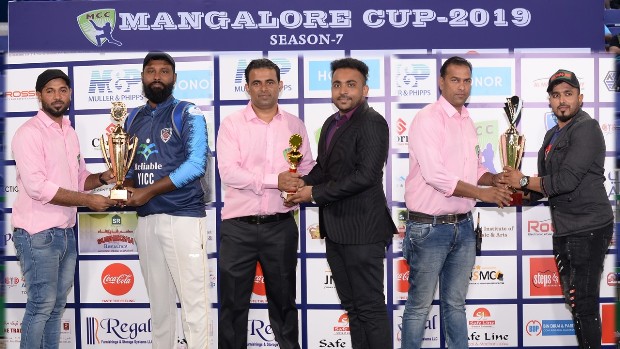 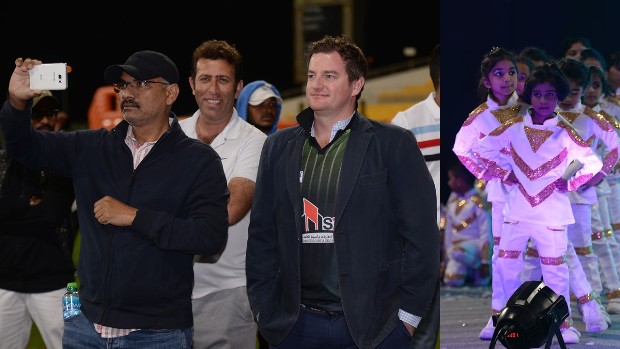 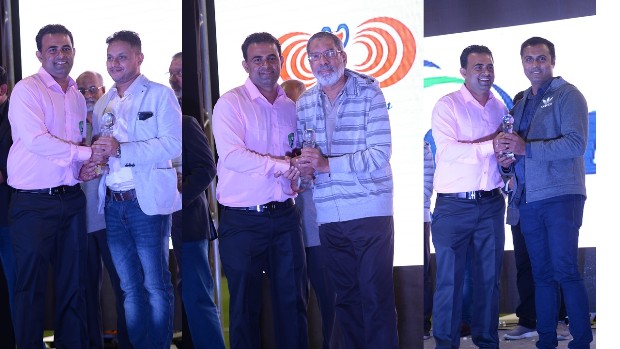 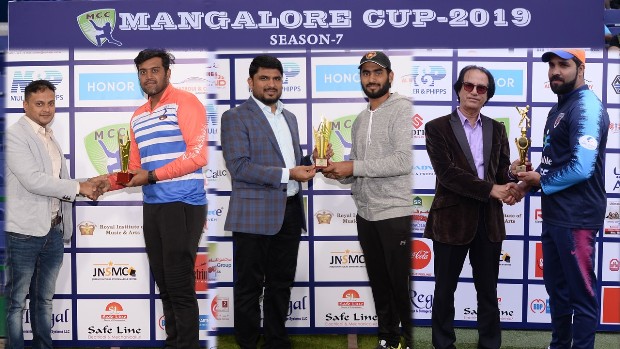 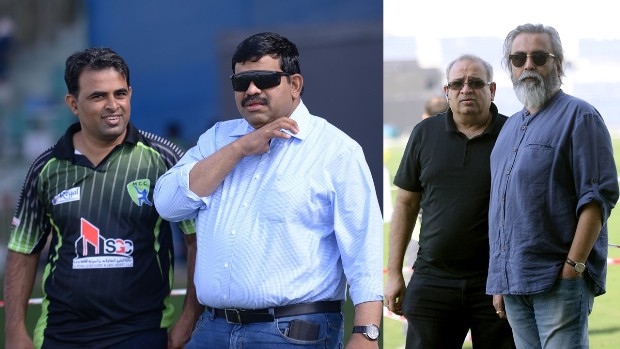 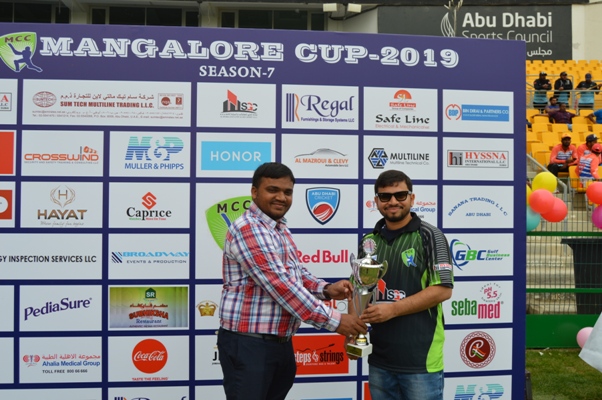 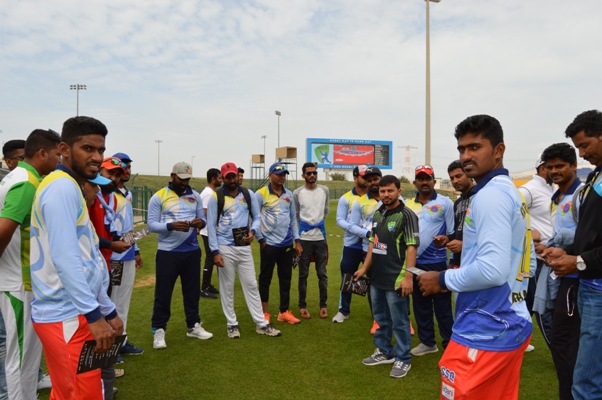 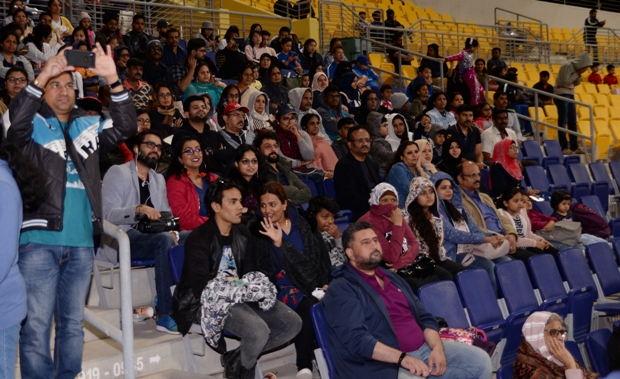 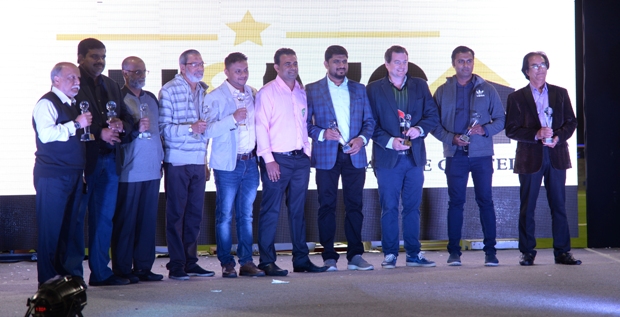 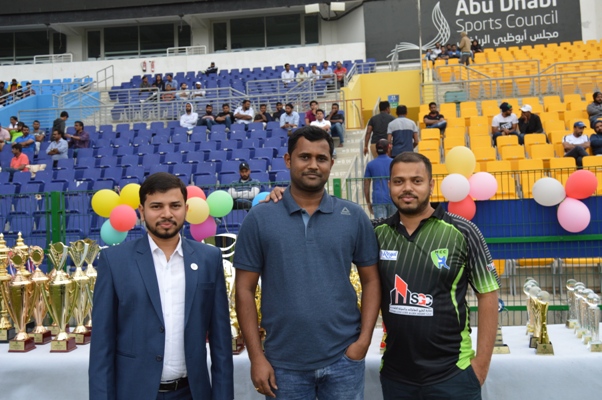 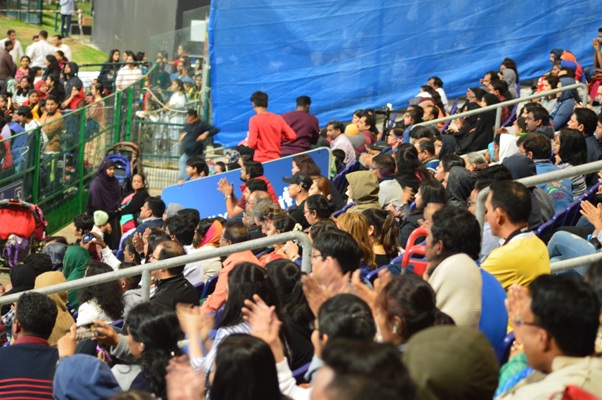 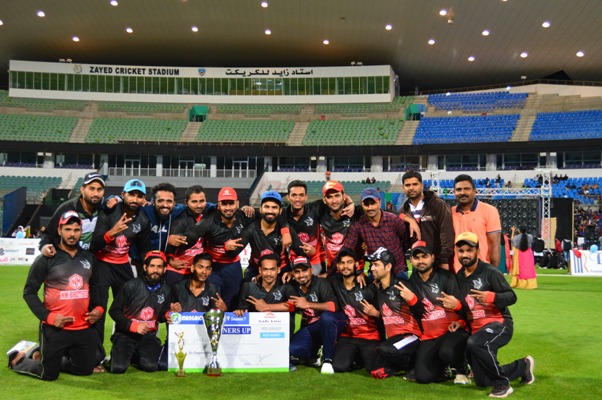 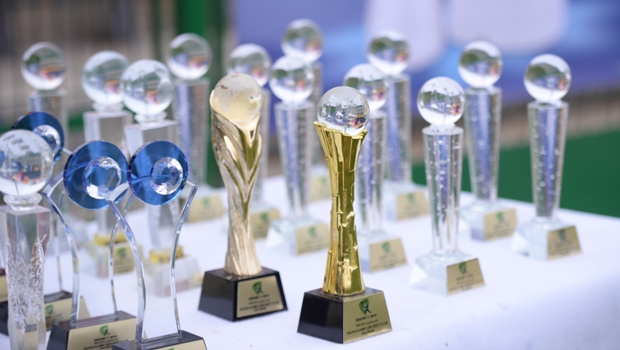 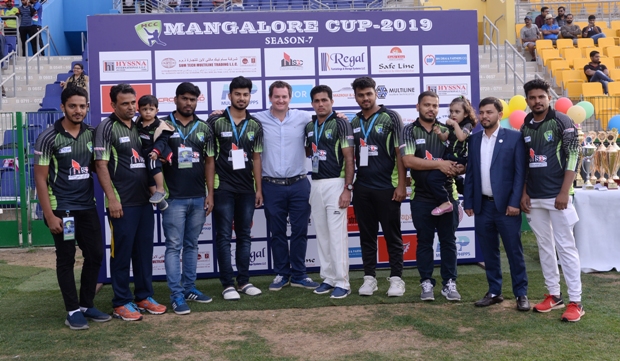 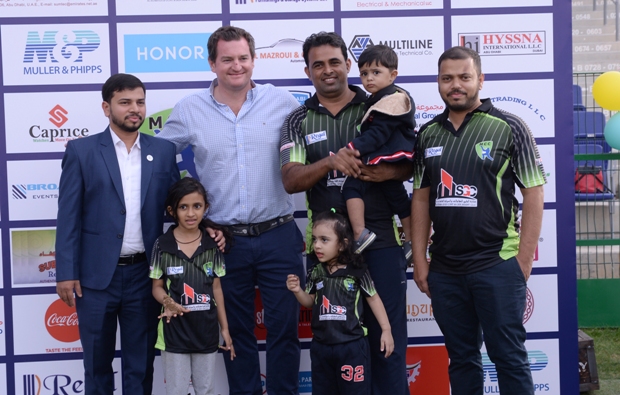 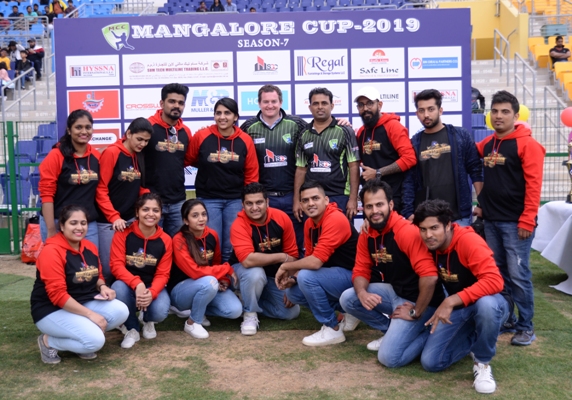 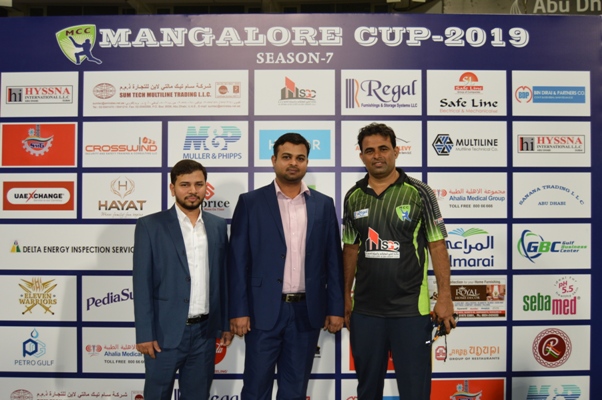 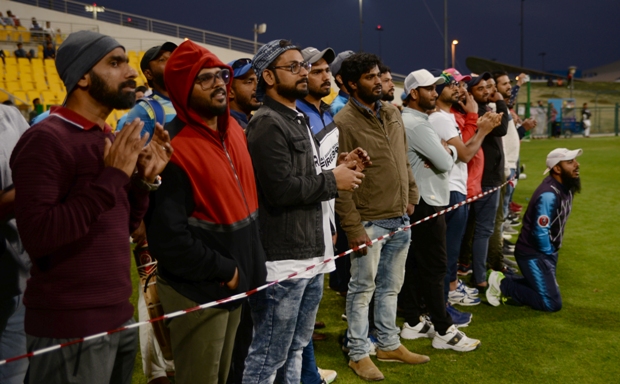 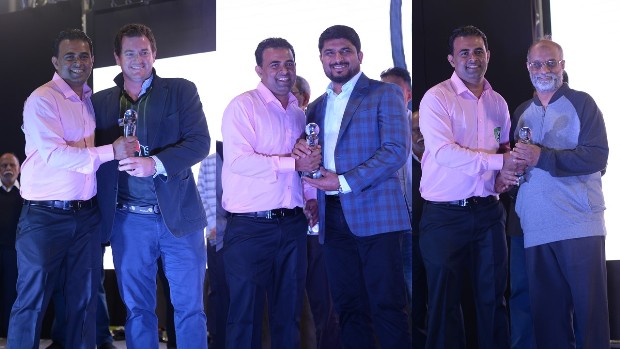 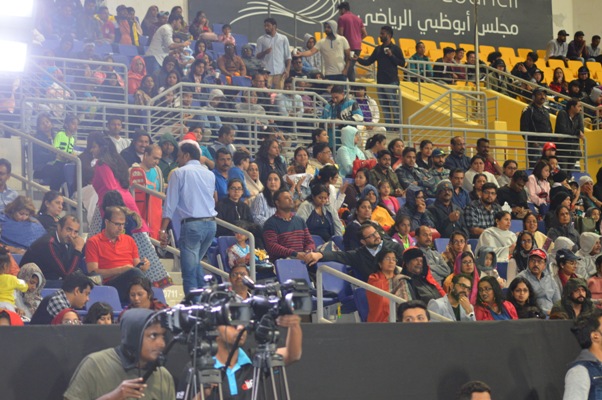 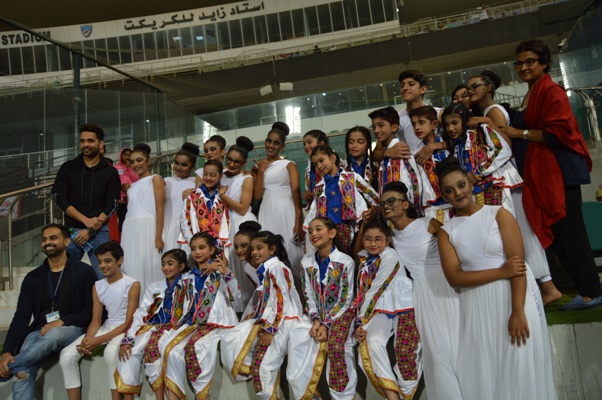 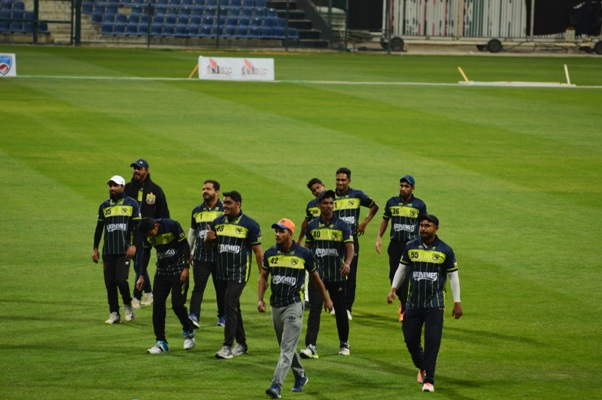 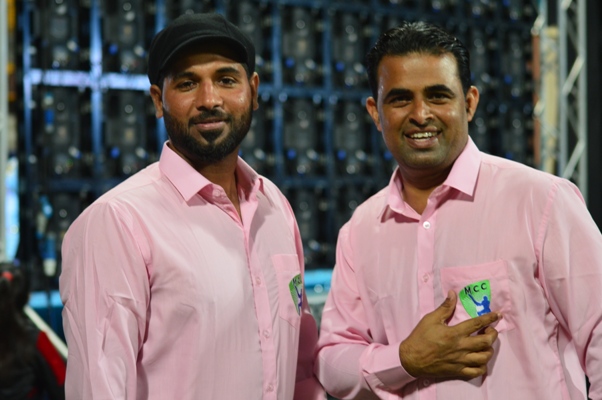