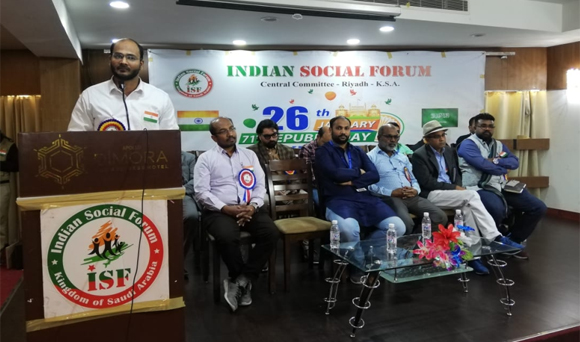 Riyadh, Jan 28: The celebration of the 71st Republic Day was held on January 26th by the Central Committee of the Indian Social Forum Riyadh at the Ramada Hotel Auditorium in Riyadh. People from different Indian states and different religious backgrounds were present during the event.

Social Forum Central Committee president Janab Harris Mangaluru chaired the program and welcomed the guests. In his presidential speech he described and uncovered stories of freedom struggle and participants of Indian Muslims for the freedom fight. He urged everyone to fight against unconstitutional Citizenship Amendment Bill which passed by Centre government. He said that the We will continue its agitation against the Citizenship Amendment Act (CAA) and the NRC and would not relent unless the Union government withdrew the Act.

Indian Social Forum Karnataka State Committee member Janab Mohammed Naveed delivered the Republic Day message. He said India was formed based on concept of ‘unity in diversity’ and it becomes every Indians’ responsibility to safeguard it. He expressed concern over CAA, NRC and NPR. Across India, students at other universities are against the Citizenship Amendment Act passed by Centre government.  The law offers amnesty to undocumented migrants from three neighboring Muslim-majority countries but only if they are non-Muslim. Critics say that by excluding Muslims, the law establishes a religious test for Indian citizenship, in violation of the secularism enshrined in India's constitution. The Indians, irrespective of caste, creed, religion and region have firmly resolved to oppose the draconian laws and fascist moves to debar the poor. Constitution granted to every person and citizen of India who are not ready to put them on a test of ideology of RSS and programs of BJP to implement the Brahmanist mind-set. He said that the police atrocities against CAA/NRC/NPR protesters had increased only in BJP-ruled States and  there were several loose ends in the police story about the incidents leading to the firing. 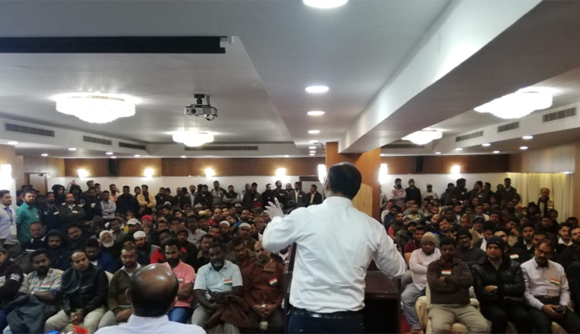 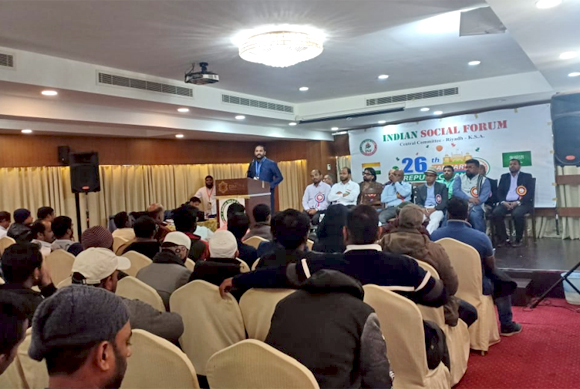 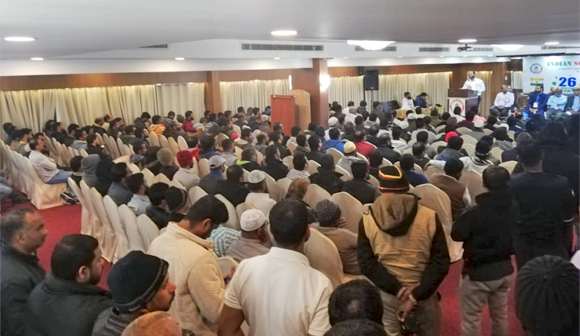 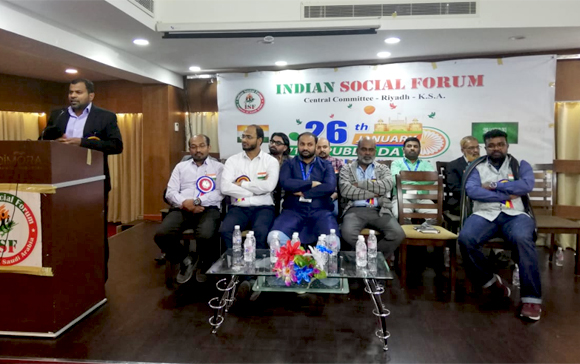