Geneva, Jun 24: The global cumulative count of confirmed coronavirus cases is approaching nine million, with 133,326 cases recorded over the past day, the World Health Organisation (WHO) said in its daily situation report on Tuesday.

Over the past 24 hours, 3,847 people died from COVID-19 worldwide, taking the cumulative death toll to 469,587 fatalities, according to the report.

The Americas still account for the majority of cases and deaths -- 4.4 million and 224,207, respectively.

The United States remains the country with the highest count of cases and fatalities -- 2.3 million and 119,761, respectively.

Dubai, Aug 13: The UAE and Israel have reached a historic deal that will lead to a full normalization of diplomatic relations between the two nations.

The agreement, brokered by US President Donald Trump, means Israel has suspended plans to annex parts of the occupied West Bank.

A joint statement from the UAE, Israel and the US said: "This historic diplomatic breakthrough will advance peace in the Middle East region and is a testament to the bold diplomacy and vision of the three leaders and the courage of the United Arab Emirates and Israel to chart a new path that will unlock the great potential in the region."

"During a call with President Trump and Prime Minister Netanyahu, an agreement was reached to stop further Israeli annexation of Palestinian territories," he said. "The UAE and Israel also agreed to cooperation and setting a roadmap towards establishing a bilateral relationship.”

The deal means the UAE would become the third Arab country to have full diplomatic relations with Israel.

The statement said Israel would suspend declaring sovereignty over areas outlined in Trump’s peace plan for the region and focus on expanding ties with other Arab and Muslim countries.

It said efforts would continue to achieve an “enduring resolution to the Israeli-Palestinian conflict.”

“The United States, Israel and the United Arab Emirates are confident that additional diplomatic breakthroughs with other nations are possible, and will work together to achieve this goal,” the statement said.

Delegations from Israel and the UAE would meet in the coming weeks to sign agreements regarding investment, tourism, direct flights, security and telecommunications among others.

They would also discuss establishing embassies.

New Delhi, Jul 26: Union Home Minister Amit Shah on Sunday saluted the valour and grit of the Indian soldiers on the occasion of 21st anniversary of the 'Kargil Vijay Diwas'.

Shah took to Twitter and said that 'Kargil Vijay Diwas' is a symbol of India's proud, valour and steadfast leadership.

"Kargil Vijay Diwas is a symbol of India's proud, valor and steadfast leadership. I bow to the soldiers who, with their indomitable courage, drove the enemy from the inaccessible hills of Kargil and waved the tricolor there again. The country is proud of the heroes of India, who are dedicated to protecting the motherland," Shah tweeted (translated from Hindi)
The country is celebrating the anniversary of the 'Kargil Vijay Diwas'.

The Indian armed forces had defeated Pakistan on July 26, 1999. Since then, the day is celebrated as 'Kargil Vijay Diwas' to rekindle the pride and valour of the soldiers who took part in Operation Vijay.

The day marks the victory of Indian soldiers in recapturing the mountain heights that were occupied by the Pakistani Army on July 26, 1999, known as the Kargil War. 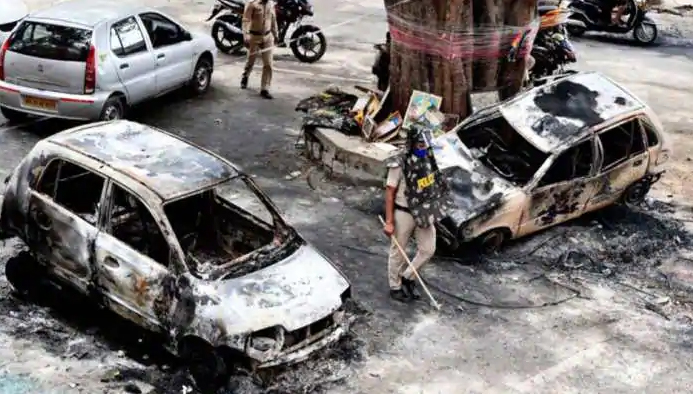 Bengaluru, Aug 13: The imposition of Section 144 of Code of Criminal Procedure (CrPC) in areas under DJ Halli and KG Halli police station limits has been extended till 6 am on August 15, Bengaluru Commissioner of Police Kamal Pant said on Wednesday.

Section 144 prohibits the gathering of four or more people at a place.

Earlier on Wednesday, Karnataka Home Minister Basavaraj Bommai said that a district magistrate will hold an inquiry into Tuesday's violence in Bengaluru and said so far 146 people have been arrested.

"It has been decided in a meeting with Chief Minister with senior officials that district magistrate will hold an inquiry into the incident as per the guidelines of the National Human Rights Commission. So far, 146 people have been arrested," Bommai told ANI.

The arrested persons have been accused of arson, stone-pelting and assault on the police.

The police said that accused Naveen has been arrested allegedly for posting "derogatory" material on social media.

Residence of Congress MLA Akhanda Srinivasamurthy was also attacked after the violence broke out.

Section 144 had been imposed in the entire Bengaluru city on Wednesday.