Over 5,000 volunteers in Wuhan sign up for clinical trials over Covid19 vaccine

Beijing, Mar 25: Around 5,000 people have signed up for the phase I clinical trial of recombinant novel coronavirus vaccine in Chinese city Wuhan where the virus first emerged late last year.

The recruitment for participants ended this week with nearly 5,000 volunteers signing up for the trial, state-run Beijing News reported on Wednesday.

A single-centre, open and dose-escalation phase I clinical trial for recombinant novel coronavirus vaccine (adenoviral vector) will be tested in healthy adults aged between 18 and 60 years, according to the ChiCTR (China Clinical Trial Register).

The trial, led by experts from the Academy of Military Medical Sciences, gained its approval on March 16 and the research is expected to last half a year.

Requiring at least 108 participants, the trial will be conducted in Wuhan, capital of Hubei province, the region worst-affected by the virus in the country, state-run China Daily reported.

Participants will experience 14-day quarantine restrictions after being vaccinated and their health condition will be recorded every day.

So far, most teams are expected to complete preclinical research in April and some are moving forward faster, Wang Junzhi, an academician with the Chinese Academy of Engineering said.

Wang noted that research and development of COVID-19 vaccines in China is not slower than foreign counterparts and has been carried out in a scientific, standardised and orderly way.

China has stepped up the process to finalise vaccines to counter COVID-19 after Kaiser Permanente research facility in Seattle and Washington stole the march and began human trials.

China lifted tough restrictions on the Hubei province on Wednesday after a months-long lockdown as the country reported no new domestic cases.

I am 77 but a very healthy person with remarkable immunity. I contracted Malaria fever in 1994 because of mosquito biting and I have not been sick anytime there after, not even for ordinary fever in the last 26 years.

I am certain that  you want to try the vaccine on a 'common man' from 'general public.' I am ready for the trial and you can take me. I will be delighted.

If you are not handling this matter kindly forward this mail to the correct agency.

I look forward to hearing from you.

If you are not moving forward, you are really moving backward.

China vows countermeasures over US ban on TikTok, WeChat 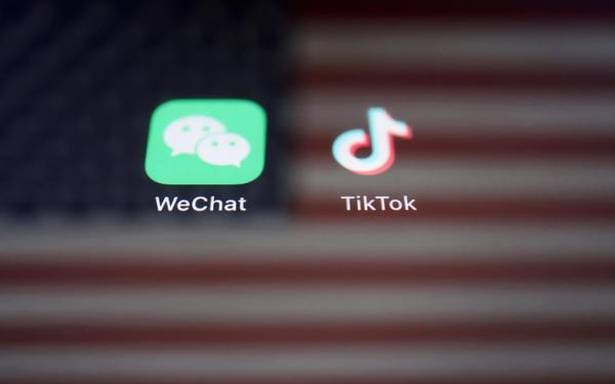 Beijing, Sept 19: Amid worsening relations between two countries, China on Saturday said it resolutely opposed the move by the US to ban TikTok and WeChat and vowed to take countermeasures.

"China urges the US to abandon the hegemonic behaviour, to immediately stop the mistaken measures to maintain fair and transparent international rules and order," the Commerce Ministry said in a statement, according to a report in South China Morning Post.

"If the US insists on going its own way, the Chinese side will take necessary measures to firmly safeguard the legitimate rights of Chinese companies."

US Commerce Department on Friday announced prohibitions on transactions relating to mobile applications (apps) WeChat and TikTok to safeguard the national security of the US.

The department said while the threats posed by WeChat and TikTok are not identical, they are similar.

"Each collects vast swaths of data from users, including network activity, location data, and browsing and search histories. Each is an active participant in China's civil-military fusion and is subject to mandatory cooperation with the intelligence services of the CCP. This combination results in the use of WeChat and TikTok creating unacceptable risks to our national security," the Department said.

On August 6, US President Donald Trump signed an executive order banning any US transactions with ByteDance, set to take effect in 45 days.

On August 14, he issued another executive order, requiring ByteDance to divest its interests in TikTok's operations in the US within 90 days.

Russia to sell 100 million doses of covid vaccine to India 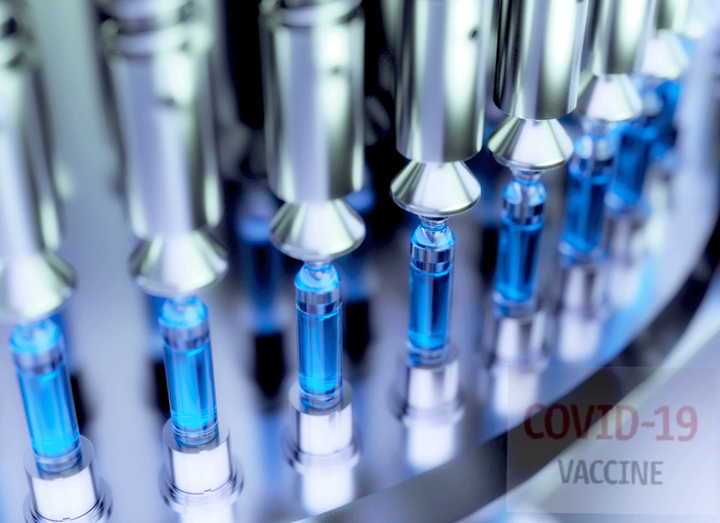 The deal comes after the Russian Direct Investment Fund (RDIF) reached agreements with Indian manufacturers to produce 300 million doses of the vaccine in India, which is a major consumer of Russian oil and arms.

Dr Reddy's, one of India's top pharmaceutical companies, will carry out Phase III clinical trials of the vaccine in India, pending regulatory approval, RDIF said in a statement.

Deliveries to India could begin in late 2020, it said, adding this was subject to the completion of trials and the vaccine's registration by regulatory authorities in India.

Russia was the first country to license a novel coronavirus vaccine before large-scale Phase III trials were complete, stirring concern among scientists and doctors about the safety and efficacy of the shot.

The Phase I and II results had shown promise, G V Prasad, co-chairman of Dr Reddy's, was cited in the RDIF statement as saying.

"Sputnik V vaccine could provide a credible option in our fight against COVID-19 in India," he said.

There was no detail about the price of the vaccine but RDIF has said previously it was not aiming at making a profit, just covering costs.

The agreement comes as India's coronavirus cases surged past 5 million on Wednesday, piling pressure on hospitals grappling with unreliable supplies of oxygen that they need to treat tens of thousands of critical patients.

India is only the second country in the world to cross the grim milestone and said this week it is considering granting an emergency authorisation for a vaccine, particularly for the elderly and people in high-risk workplaces.

The RDIF has already reached vaccine supply deals with Kazakhstan, Brazil and Mexico. It has also signed a memorandum with the Saudi Chemical company.

Russia has billed Sputnik-V as the first vaccine against the coronavirus to be registered in the world. Phase III trials, involving at least 40,000 people, were launched in Russia on Aug. 26 but have yet to be completed. 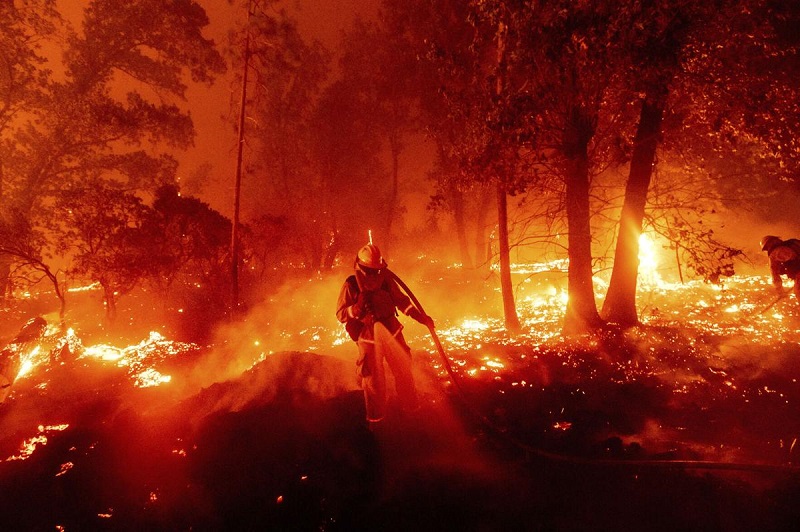 California, Sept 10: A Northern California wildfire burning for more than three weeks roared to life after being stoked by high winds, spreading at a ferocious rate across an estimated 40 kilometres of mountainous terrain and parched foothills and destroying an untold number of homes.

As thick smoke choked the air on Wednesday and cast an eerie orange hue across much of the region, thousands of people in communities near Oroville were ordered to evacuate. The fire even threatened the town of Paradise that was devastated just two years ago by the deadliest blaze in state history, causing a panic that led to a traffic jam as residents tried to escape.

Daniel Swain, a climate scientist at the University of California, Los Angeles, said the fire had conservatively burned about 1,036 square kilometers in 24 hours. "The unbelievable rates of spread now being observed on these fires it is historically unprecedented," Swain tweeted.

The North Complex fire was one of more than two dozen in the state, including three of five largest ever as wildfires burned across parts of the West amid gusty, dry conditions.

Forecasters said some weather relief was in sight that could help firefighters overwhelmed by the blazes.

In Washington, more acres burned in a single day than firefighters usually see all year. Fires also forced people to flee homes in Oregon and Idaho. A blast of polar air helped slow wildfires in Colorado and Montana.

Since the middle of August, fires in California have killed eight people, destroyed more than 3,600 structures, burned old growth redwoods, charred chaparral and forced evacuations in communities near the coast, in wine country and along the Sierra Nevada.

The US Forest Service, which had taken the unprecedented measure of closing eight national forests in Southern California earlier in the week, ordered all 18 of its forests in the state closed on Wednesday for public safety.

The fire raging outside Oroville, 200 kilometres northeast of San Francisco, was burning in the Plumas National Forest after a series of wildfires sparked August 17 by lightning had merged.

The fire jumped the middle fork of the Feather River on Tuesday and, driven by 72 kmph winds, leapt into a canopy of pines and burned all the way to Lake Oroville -- about 40 kilometres -- said Jake Cagle, one of the fire chiefs involved.

The fire had been 160 square kilometres and 50 per cent contained before it grew more than sixfold. Firefighters were focused on saving lives and homes instead of trying to halt the fire's advance, Cagle said.

The fire tore into several hamlets along the river and near Lake Oroville, levelling countless homes and other buildings, said Daniel Berlant, a spokesman with the California Department of Forestry and Fire Protection.

"We know that the fire was burning incredibly rapidly into Berry Creek and did do a lot of destruction," Berlant said.

A massive cloud of smoke covered much of California, darkening morning skies and later casting a sunsetlike glow over the northern part of the state.

In Paradise, where 85 people lost their lives and nearly 19,000 buildings were destroyed, the sky turned from black to cherry red and ash carried on strong winds rained down in a scene reminiscent from the fateful morning of November 8, 2018, former Mayor Steve "Woody" Culleton said.

"It was extremely frightening and ugly," Culleton said. "Everybody has PTSD and what not, so it triggered everybody and caused terror and panic."

A power shutoff to prevent electric lines from sparking wildfires -- the cause of the Paradise fire -- prevented people from getting up-to-date information by internet, TV or their home phones, Culleton said.

Many of the residents decided to leave and created a traffic jam leading out of town, another scary reminder of the bottleneck where several residents died two years ago.

In Southern California, fires burned in Los Angeles, San Bernardino and San Diego counties. People in foothill communities east of Los Angeles were warned to be ready to flee, but the region's notorious Santa Ana winds were weaker than predicted.

"We're encouraged that the wind activity appears to be dying down," Governor Gavin Newsom said. "The rest of the week looks a little more favourable."

Three firefighters injured along the Central Coast on Tuesday when they were overrun trying to protect a mountaintop fire station above Big Sur were expected to make full recoveries and could be discharged by the end of the week, Los Padres National Forest spokesman Andrew Madsen said.

The injured firefighters and 11 others had to deploy emergency fire shelters -- a last ditch safety measure -- when winds unexpectedly shifted, Madsen said.

"It's a really harrowing experience for those who go through a close encounter like that and we're very grateful that the injuries are such that all three who were hospitalised are going to recover and return to work," he said.

That fire, which had doubled overnight Tuesday and burned terrain that hadn't seen fire in 40 years, destroyed an office, two fire engines, barracks and all the firefighters' personal belongings inside.

California has set a record with nearly 2.5 million acres burned already this year, and historically the worst of the wildfire season doesn't begin until fall.

Pacific Gas & Electric was deploying more than 3,000 employees on Wednesday to inspect power lines before restoring energy to about 167,000 customers whose electricity was turned off to prevent fires from being started by wind-damaged wires.

Only a very small number of customers had power turned off in Southern California.

Featured on TIME's list, Shaheen Bhag's Bilkis says would have been happier if CAA was withdrawn