A committee of experts appointed by the Prime Minister Narendra Modi-led union government to examine the India’s Hajj policy has now drafted a proposal which includes abolishing subsidy for the pilgrims and allowing women devotees above 45 to travel in a group of at least four without a male.

The proposed Hajj Policy 2018-22, by a panel headed by former secretary Afzal Amanullah, also recommends bringing down the number of embarkation points (EPs) from which pilgrims can take flights to Saudi Arabia from the present 21 to nine.

The draft was submitted to Union minority affairs minister Mukhtar Abbas Naqvi in Mumbai on Saturday.

“The 2018 Hajj pilgrimage will be in line with the new Hajj policy. It is a better policy, looking at the facilities proposed. It will be a transparent, people-friendly policy. It will ensure safety and security of pilgrims,” Naqvi said.

The policy has been drafted in light of a 2012 Supreme Court order asking the Centre to abolish the Haj subsidy gradually by 2022, sources in the ministry said.

“The highlight of the policy is abolishing the subsidy. Besides, it proposes another major reform – of allowing women aged above 45 to undertake journey without male Mehram in a group of four,” a ministry source said.

Till now, women devotees could not travel without a male Mehram. The term Mehram refers to a male a woman cannot marry at anytime in her life (i.e. father, brother or son etc).

Women aged below 45, however, will have to be accompanied by male Mehrams, according to the policy.

It proposes to increase the quota for Mehrams from 200 to 500.

Sources said the report will be examined in the ministry and shared with all concerned for implementation of the accepted recommendations from Hajj 2018 onwards.

The cut in funds meant for subsidy will be used for educational empowerment and welfare of Muslims, a source in the ministry said.

The policy suggests sending pilgrims by ship, relatively less expensive than flights. The policy says the Saudi government will be consulted regarding Hajj travel by ship and thereafter floating an EOI (expression of interest) to gauge the market for such travel.

According to the policy, the nine embarkation points will be Delhi, Lucknow, Kolkata, Ahmedabad, Mumbai, Chennai, Hyderabad, Bengaluru and Cochin. It also proposes to build suitable Hajj houses at these places “to which states and districts will be tagged properly”.

“EPs are being reduced keeping in mind ship journeys. It proposes inviting global expressions of interest from vessel owners having a capacity of 4,000 plus passengers... Even if 10 such trips are made to Saudi Arabia, 40,000 to 50,000 pilgrims can easily be ferried,” the source added.

The proposed policy aims at rationalising distribution of the Hajj quota between the Hajj Committee of India and private tour operators in the ratio of 70:30 for the next five years. It also stresses on breaking the cartel of contractors with a transparent bidding process.

India has an annual Hajj quota of 1.70 lakh devotees. The policy also proposes to ensure the stay of all Indian Hajj pilgrims in Saudi Arabia within Mina.

Meanwhile, as per the information provided by the Indian Council of Medical Research (ICMR), the total number of samples tested up to July 21 is 1,47,24, 546 including 3,43,243 samples tested yesterday. 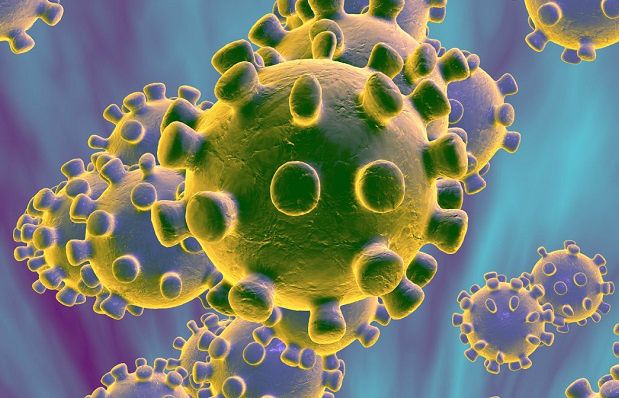 New Delhi, Jul 30: India witnessed a single-day spike of 52,123 COVID-19 cases as the total cases in the country reached 15,83,792, the Union Ministry of Health and Family Welfare said on Thursday.

New Delhi, Jul 26: Union Home Minister Amit Shah on Sunday saluted the valour and grit of the Indian soldiers on the occasion of 21st anniversary of the 'Kargil Vijay Diwas'.

Shah took to Twitter and said that 'Kargil Vijay Diwas' is a symbol of India's proud, valour and steadfast leadership.

"Kargil Vijay Diwas is a symbol of India's proud, valor and steadfast leadership. I bow to the soldiers who, with their indomitable courage, drove the enemy from the inaccessible hills of Kargil and waved the tricolor there again. The country is proud of the heroes of India, who are dedicated to protecting the motherland," Shah tweeted (translated from Hindi)
The country is celebrating the anniversary of the 'Kargil Vijay Diwas'.

The Indian armed forces had defeated Pakistan on July 26, 1999. Since then, the day is celebrated as 'Kargil Vijay Diwas' to rekindle the pride and valour of the soldiers who took part in Operation Vijay.

The day marks the victory of Indian soldiers in recapturing the mountain heights that were occupied by the Pakistani Army on July 26, 1999, known as the Kargil War.