Kuwait, May 24: There was a time when pigeons were used to deliver messages across countries in the absence of faster means of communication. 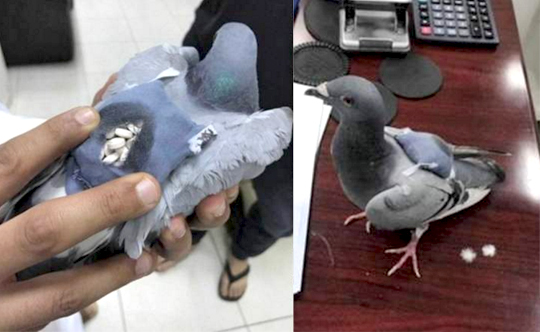 But in the contemporary times, the same bird is being used for criminal purposes. In Kuwait, a homing pigeon was caught transporting drugs by custom officials.

Around 178 pills were found wrapped around the bird that reportedly came from Iraq and was being tracked by the customs department.

According to Al Arabiya, the pigeon was caught by the officials above a building near their office.

It has not been mentioned as to what kind of pills were transported.