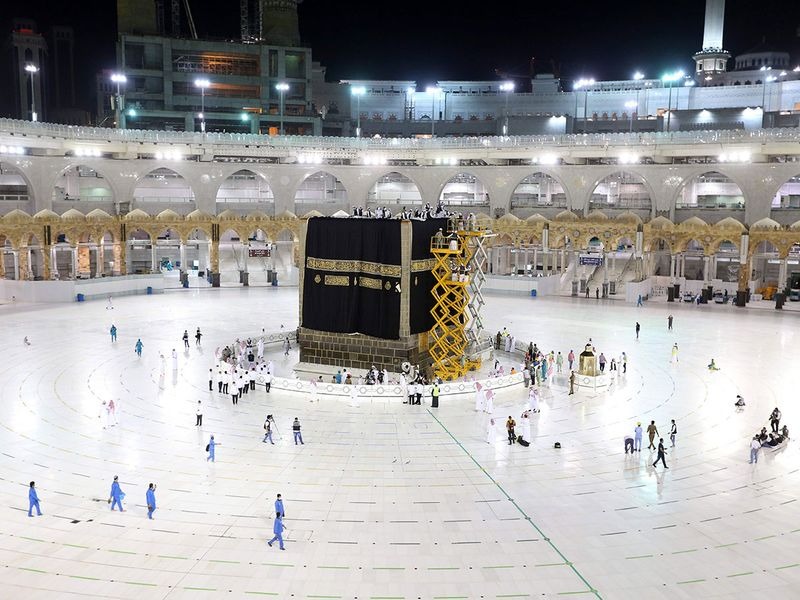 Makkah, July 30: Like every year, the Kiswa (black cloth) of holy Kaaba was replaced on Wednesday night, a process administered by the staff of the General Presidency for the Affairs of the Two Holy Mosques in accordance with the annual tradition, the Saudi Press Agency reported.

Ahmed Bin Mohammed Al-Mansouri, deputy head of the General Presidency for the Affairs of the Two Holy Mosques and director-general of the King Abdul Aziz Complex for the Kaaba, said in a statement that the Holy Kaaba was donned with a new Kiswa, constituted of four sides and a sitar (curtain) for the door.

Each of the four parts of the Kiswa was separately raised, in preparation for stretching it on the old side. The side was consolidated from above by tying it and dropping at the other end after the old side’s ropes were untied by moving the new side up and down.

Then, the old side was removed from the bottom and the new side remained, and the process was repeated four times for each section until the operation was complete and the belt was sewn in a line, straight with the four sides, Al-Mansouri said.

Al-Mansouri added: “The process began from the side of the Hateem (a semi-circular wall opposite the northwest wall of the Kaaba), because Al-Mizab (a rainwater spout made of gold) requires a special opening at the top. After consolidating all the sides, the corners were fixed by sewing them from the top of the cloth to the bottom.

Then, the curtain that required more time and hard work was installed by making a small opening with an approximate width of 3.30 meters. Three other holes were made in the black cloth to put the curtain in place under the cloth, and the sides were sewn in the black cloth of the dress, Al-Mansouri said, adding that the Kaaba cloth is made of 670 kg of high-quality silk, 120 kg of gold threads, and 100 kg of silver threads.

As many as 200 Saudi craftsmen are engaged in producing the black curtain at the King Abdul Aziz Complex for Holy Kaaba Kiswa, Al-Mansouri said. 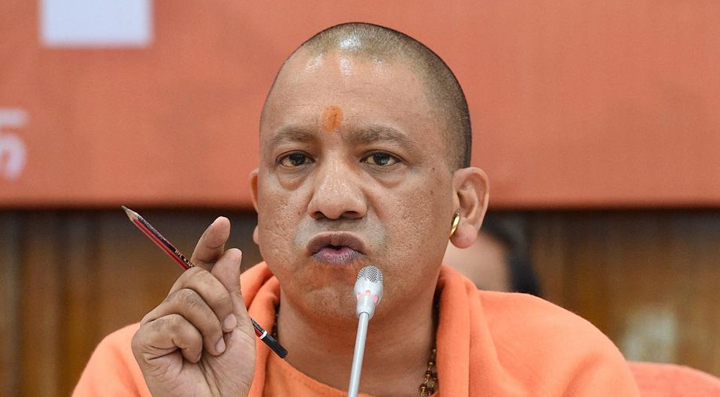